I wanted to get a post out today to join in the “lovin’ life” group but have been a bit jaded on the ‘loving life’ front. I think I’m just struggling with the post-holiday, WTF-am-I-doing-with-my-life? blues.

Anyway, I needed to announce the winner of my Enid Blyton book giveaway and figured I’d capture it all in one fell swoop by doing a check-in post of sorts.

Nothing. Nothing at all. Bizarrely I’ve not been in the mood for television since before my holiday. I’d been eagerly awaiting season 2 of Ozark, which launched before I went to Italy. Lucifer has returned as has fave shows of mine The Good Doctor and Criminal Minds. And… I’ve not watched anything. In fact I’ve turned my television on 2-3 times only recently and (of all things) I’ve watched Dr Who. (Which I’d not watched since Tom Baker – of the knitted scarf fame – graced our screens!)

Similarly my local girl gang go to the movies every second Tuesday but I keep giving it a miss. (And yet I used to love going to the cinema!)

I’m not sure what my antipathy towards movies / TV is about? When I was working full-time I guess I felt like I needed to focus on reading and blogging in my spare time, but now???

That I’m actually more eager to travel again than I expected to be. I never greatly yearned to travel. And when I did it was because I was working overseas and tripped to neighbouring countries. Don’t get me wrong… I’m not suddenly wanting to travel about Asia or the Middle East or even the US. But… a friend suggested the whole villa in France thing which is VERY alluring.

And my niece is going to be working on a cruise ship which treks down to Santiago and Cuba which is also slightly tempting. 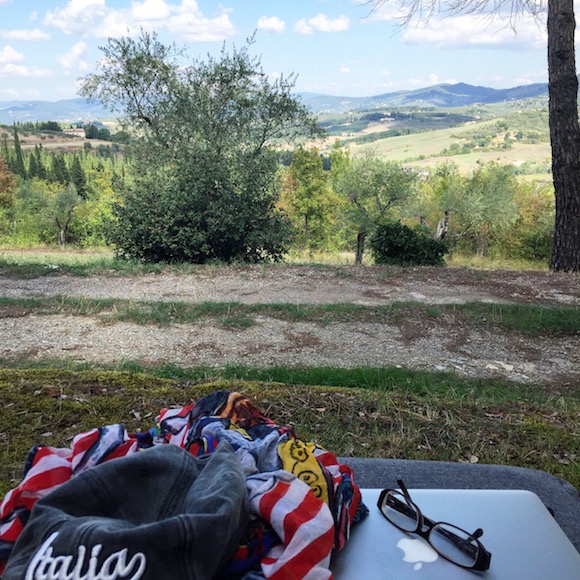 And then SINCE my Italian holiday I’ve pondered the idea of spending some time in Portugal. I wasn’t overly enamoured with the place when I was there for 2mths in 1995 but with more of the language under my belt (albeit rusty – the language not the belt, cos I don’t do belts) I wondered if there’s such a thing as a ‘villa in Portugal’ cliche?

What’s been f*cking with my head

It’s a fraught time of year for me. It’s the anniversary of my dad’s passing (and yes, I still struggle with the ‘d’ word.). His Death. The year after that – 6yrs ago – I took my redundancy and finished work and made my seachange. It was very confronting… the whole loss of identity thing.

And now there’s a sense of deja vu as I’ve finished up another gig. I waver between NEVER wanting to work full time again (as I mentioned in last week’s post) and worrying I should be applying for things.

I’ve not got a lot of savings but can probably exist for a few months before becoming destitute so I’ve not been in any hurry to find a new job – figuring I’ll start applying for ANYTHING when the situation gets dire, or something will leap out at me in the interim.

Then someone sent me a link to a job in my old organisation. A couple of levels lower than I was, but temporary – just 9mths or so. I emailed the contact person to ask if there was any chance it could be part-time or job share.

“No!” was their helpful response. Then I stressed. “Should I apply for it anyway?” It’s one thing working at a lower level somewhere else, but not necessarily where I just was. Like a demotion.

And my mother – who understandably worries – tells me of people asking her about my job situation.

I feel like shouting. I ONLY FUCKING FINISHED WORK TWO WEEKS AGO. I’M NOT EVEN LOOKING PROPERLY YET!

And zen settles over me. “I’m not going to look,” I tell myself. Sure, I’ll check the Seek and government job email subscriptions that come through but I’ll decide to give myself until after Christmas and then look more proactively.

I feel better. A sense of relief. A sense of freedom. I can have a holiday. I can relax. Perhaps write. Perhaps binge-watch television.

And I wake the next day to see a job on Seek that is full-time for 9mths and quite perfect. A job I could, and probably should, apply for. FUCK. 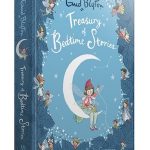 Oh… and on a lighter, happier note, the winner of the Enid Blyton Treasury of Bedtime Stories – drawn a random on my computer is: *drumroll*

Tracey V, via Facebook! I’ve been in contact with Tracey and organising to get the book to her. Congrats!!! And thanks again to Hachette for the gorgeous prize.

Meanwhile… what’s been f*cking with your head lately. Or any ideas as to why I’ve not wanted to watch any TV for a few months?