Every so often I read blog posts that stay with me long after my desktop is put to sleep, or laptop closed.

And for the past month or two a couple of  posts have had me reflecting on what we bring to this world, as well as the impact we have on it and those around us.

One of those (pondering-causing) posts was by a favourite health and fitness blogger, MizFit, who wrote about ‘mattering’. And bizarrely I had a post in my drafts folder about that very issue at the same time. An excessive navel-gazer, ‘not mattering’ is one of my fears. I know that one hasn’t got to invent a cure for cancer or achieve world peace to earn their place in this world, but surely they must have some impact?!

For many it comes naturally – parents bring children into this world and arm them with potential; others write beautiful prose or create artwork for future generations. Many role models work with the disadvantaged while others inspire those around them.

And yes…. I realise that it sounds very self-centred of me to sit about wondering whether I matter or where I fit into the big picture.

This post is finally being resurrected in light of my recent Wizard of Oz theme and my  contemplation of the meaning of life, particularly given the life changes I’m currently making.

In the Wizard of Oz/Emerald City post I mentioned another US blogger, Big Girl Bombshell, who’s a Wizard of Oz fan. And a few months ago BGB reflected on a poem (The Dash) which, along with her post, Red Ruby Slipper Dash, stuck in my mind.

The ‘dash’ in question is one we often see, but (in my case, anyway) receives minimal attention: it’s the dash between our birthdate and the date our life ends.

It’s just a small dash, but as quoted in the Linda Ellis poem:

“For that dash represents all the time
That she spent alive on earth.
And now only those who loved her
Know what that little line is worth.” 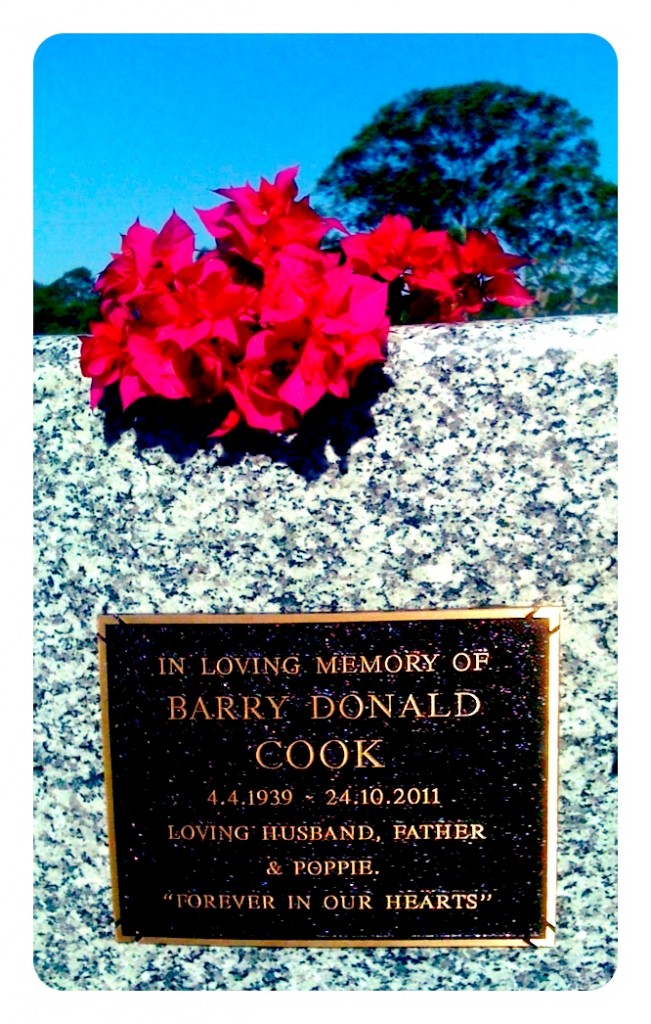 Today it’s a year since my own father passed away. There’s a plaque in a crematorium wall in my hometown featuring his ‘dash’.

And what a dash that was! Of course he was far from perfect, but he was someone people were attracted to, he was considerate and compassionate. He mattered. A church which seats over 200 was filled to the brim for his funeral. His own life left an impression on others. His own life impacted on others. He mattered.

I’m not sure if a friend will mind me referring to this, however five or six years ago I attended the funeral of my friend’s uncle. She didn’t know him well and had only become acquainted as she helped move him from his caravan residence into a nursing home. She accompanied her mother to the funeral and as I wanted to support my friend, I attended the graveside service as well. Present on the day were a couple of other relations of my friend’s mother, also for support and one other attendee – who had known the uncle when he lived in the caravan park. I felt unbelievably sad that at the end, only two mourners and their supporters were remembering another’s life.

And naturally, I made ‘it’ about me. I’m single, childless. I’m from a small family. I’m not always a good friend. Who on earth would come to my funeral? Who would celebrate my life? (And yes, I do know I sound like a self-absorbed drama queen?!)

It occurred to me that my funeral would be more like that of my friend’s uncle, than that of my father.

I’d like to matter. I’d like to spend my dash in a more fulfilling way, so that (when I’m gone) it speaks volumes to those who knew me.

And fortunately, for me it’s not too late.

The same weekend I read MizFit’s post (and was reminded of The Dash) I saw Beyonce’s World Humanitarian Day music video. It’s a gorgeous clip, so I’d encourage you to watch it if you haven’t seen it.

Dearest Dad: Greatly missed and much loved. ‘To live in hearts we leave behind. Is not to die.”