Last week the Video Message from our fearless leader, Michelle, talked about our emotions, our motivation and our willpower muscle. At the time I was on a high – as per my recent posts. But I knew what she meant by the highs and lows that we all experience. I’d been there before and I knew I’d be there again. But I didn’t know how soon.

I am a terrible sleeper and always have been. It isn’t uncommon for me to take hours to get to sleep. Anything under an hour and it’s my equivalent to dropping off immediately. Prior to starting this program I drank wine most nights. Every night. That helped. 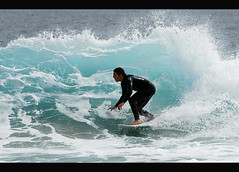 In addition, whether it is banked-up sleeplessness, hormones or some other lurgy which strikes me on occasions, every so often I find myself ridiculously tired. So tired I need to sleep under my desk at work. My mother is always horrified at this and cannot understand it. I tell her that it happens when I can no longer sit up and need to be lying down. I’ve been tested on for a myriad of things: my adrenal gland and diabetes (because it’s sometimes accompanied by extreme thirst). I have an underactive thyroid but am on medication. Perhaps it’s hormonal. Who the hell knows. Sometimes it could be once a month for a day or two, other times a couple of months might pass before I am again struck down.

I think this dreaded ailment sought me out last Friday. I woke feeling crappy. And tired. But I went to work. I felt foggy and numb all day. I even succumbed to a vanilla diet coke early afternoon in the hope it got me through the day. I spent the day yearning for an early night because bed was the only place I wanted to be. As is usually the case however, when I went to bed that night I couldn’t sleep. And I had to be up early for boxing on Saturday. I only had a few hours sleep, but that was okay. I can have a nanna nap on the weekend so sleeplessness then doesn’t worry me.

For most of the weekend I felt in a funk. Depressed for no apparent reason. On Sunday I stayed away from Twitter and Facebook – a sure sign something’s wrong. And I slept a lot. Monday morning I could barely get out of bed, although eventually I did. I almost went to sleep on the train; I almost went to sleep at my desk. I told my colleagues I might not last the day. I did. I was in bed early (for me) and was probably asleep by midnight. I woke Tuesday morning and couldn’t get up. I had some sinus pain and a headache, but was mostly tired. It felt like a pathetic excuse to take a sick day, but I called in nevertheless. And then I went back to sleep. And slept until midday. Surely a 12hr sleep should be enough to enthuse me. But still I felt numb and blah. I did some exercise, I ate healthily and stayed away from my bed so I wouldn’t have yet another sleepless night. But I did…. after attempting an early night I lay in bed until after 3am this morning. So made another call into work. I was up by 10am though, and will endeavour to stay away from my welcoming fluffy pink flannelette sheets for the rest of the day. 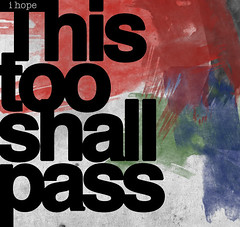 I went to the doctor earlier today. I explained that my problem was two-fold. Aside from some pesky sinus problem (ie. puffy under eyes around nose and headache) I have my usual insomnia issue and then I have the occasional extreme tiredness issue. Unsurprisingly my doctor had no answers. She actually thought my tiredness was a result of the drop in calories. I refrained from reminding her that my tiredness was around before I started dieting  (nevertheless, I’ve had a few under 900 and under 800 calorie days, and will put an end to those!). She wasn’t terribly interested in the fact that I can never sleep and that my mind is so busy at night when trying to sleep I can sometimes barely hold onto a thought, spending time chasing it down while another takes its place. I’ve tried the usual things (warm milk, hot bath, same bedtime and wake up time every day) but nothing’s helped. Usually it isn’t a problem. I eventually get to sleep and tend to just sleep in longer than expected. I’ve had to change my exercise to post-work over this past week because of the issue.

Perhaps this particular malaise is related to my sinus problems and will all go away – returning at some later date in its usual form to be dealt with afresh. Either way, on top of the tiredness, I’ve just felt blah. I haven’t been tempted to go off the rails and eat crap (though I have eaten buttered popcorn twice since last Friday). I’ve only skipped my exercise on Sunday when I was feeling particularly ‘blue’. I am trying to remind myself that my general mood is surfing the ebbs and flows of my own emotions. Perhaps tomorrow I will again wake up perky and enthusiastic about everything. It seems unlikely, but then just two weeks ago I was walking around ‘Feelin’ Groovy’. 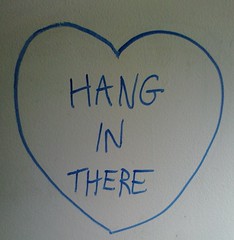 So, I’ll hang there and treat this melancholy like an illness, that soon will pass; remembering the rainbow after the storm. I’ll try to treat myself gently and rid myself of the guilt for not being in the office or worry about being perceived as a slacker. I’ll curl up on the couch and watch daytime television (okay, no I won’t do that cos Dr Phil gives me violent thoughts), but I will watch some stuff I’ve taped. I’ll perhaps go for a walk later if I’m up to it. And maybe, I’ll even consider using the certificate my doctor gave me to also take tomorrow off, ensuring I feel well and truly better before heading back into the office. And I will stop typing the word ‘blah’ into my tweets, Facebook updates and Forum posts. I will ride the wave until all is well again.