This post could have gone either way so, for the record, I’m very relieved THIS is the version you’re reading. 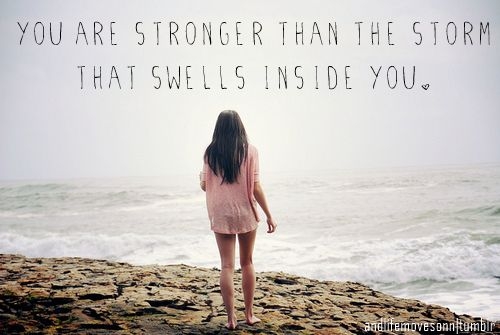 Last Thursday I was feeling very ordinary. My sleep patterns were screwy all week and I woke with sinus-like headache pain which wasn’t improved with diet coke (a rarity in my world).

It was a short day in the office – only about 4 or so hours and a couple of hours of my own stuff at home – so mid afternoon I went back to bed for a nap before heading to an early evening women’s networking event. If I’d been able to pull the plug on the outing I would have, but I’d RSVPd and would have felt bad not attending and paying my share.

I felt a little better after my nap but still very blah. The combination of my headache, a downtrodden mood from slow weight loss, guilt over not exercising and lack of dinner preparation for a late return home later left me ripe for corruption and waywardness.

It was in this fragile state I started fantasising: hot chips from the local takeaway? Not just a few but heaps! Or easter eggs? Long term readers will know I love (love love) Red Tulip easter eggs which must surely be in stores by now. Or maybe both: hot chips AND easter eggs? A big binge night to knock me out of my doldrums and reignite my enthusiasm for a healthier me.

It would blow my Weight Watchers ProPoints (my daily allowance) out of the water, but… heaps of other people skip tracking their food and points for a day, so why not me?! Indeed, the old me used to let-loose every so often when ‘dieting’.

There’s nothing like the excitement in the lead up to a binge. I was reminded of the anticipation once planning commenced, along with the nagging guilt and sanity which was already starting to seep into my mind.

As it happened I came home; driving straight past the fish and chip shop which was open and not busy (ie. calling out for my business).

I didn’t feel a sense of achievement, however. I felt depressed. Despondent. Hopeless (the idea of living in a world without-hope).

I got a piece of steak out of the freezer to start defrosting and ran a bath. Whether it’s because I live alone and have no one to talk to about this stuff, or cos I’m an oversharer, I tweeted and Facebooked my thoughts and feelings.

I didn’t actually see the responses to my rant until later, but appreciated them more than words can say.

I wallowed in the bath for a while, thinking of my defrosting steak that I was yet to cook. And then I remembered…

I had some gnocchi. Gluten-free stuff which had been in my cupboard for months. Although only my trigger foods are off-limits at home (hot chips, chocolate, rice crackers, biscuits etc) I’ve eaten no pasta and minimal rice since starting Weight Watchers because they don’t offer a lot of bang for the ProPoints buck. Half a cup of rice has 4 points, whereas I could eat 250 grams of potatoes for the same amount of points. And cos I love potatoes they win every time. As a result, the thought of gnocchi was quite appealing: not an ‘everyday’ food; but not a binge food or something to be avoided.

Of course I KNEW I would eat the entire package which would mean I’d go over my points allowance, but I was fairly zen about that.

My mood lifted. I microwaved some onion, garlic and tomatoes and added tinned tomatoes and herbs while the water for my gnocchi was boiling. When ready I sprinkled a smidge of low-fat mozzarella cheese on top and filled my LITTLE bowl.

I’m not sure if I’ve shared this before, but… in the last 7 weeks I’ve been using small dinner plates and small bowls for my meals rather than the gigantic ones of yester-month.

As a result only about half of the gnocchi mixture fit in the dessert / cereal bowl. “I’ll have seconds,” I decided and sat on my sofa with a glass of red wine to enjoy my feast.

The gnocchi was fabulous (the sauce could have used some bacon or similar, but #whatevs) and I realised I really didn’t need more. I was full. Satisfied. So, I put the remainder of the mixture into a small microwave dish with the sauce for lunch the following day.

I later pondered on my behaviour and – for a change – was very proud of myself. Moderation is a struggle for me, but…. I managed it. Perhaps I’m not a lost cause after all!

Are you aware of your thought processes when you’re about to make an unhealthy or unhelpful decision?

PS. Don’t forget to enter my competition to win some compression wear – perfect for extreme to amateur exercisers!