Fashions come and go. In fact, despite my paltry years *cough cough* I have seen things like platform shoes appear in fashion magazines at least three times. I have to admit, it scares me a little when some hipster Gen Yer calls anything circa the 1990s retro, but… hey, I guess in the 1970s previous generations gasped at similar discussions about the 1950s.

What astonishes me, however is how ‘things’ come into fashion at all. I’m sure there are (however) entire ‘marketing’ text books on the notion of trends and going viral is much easier in an age where everyone’s connected. Constantly.

And because my taste is so exquisite and evolved (!) I thought I’d bestow upon you a few of my: “WTF, how are these even a thing?” thoughts today.

Four or five years ago I worked in an agency with government-appointed Commissioners. They were all lovely people, but also all quite well off and well… people-who-know-people. At the very first Commission meeting one of the Commissioners arrived (as she often did) with coffee for everyone (from the French restaurant downstairs) and a bag of macaroons.

I thought the macaroon thing was kinda weird but who was I to judge, as the brightly coloured treats appeared. Little did I know that they were to become a HUGE friggin’ ‘thing’ and be a regular at high teas, fancy pâtisseries and the like. 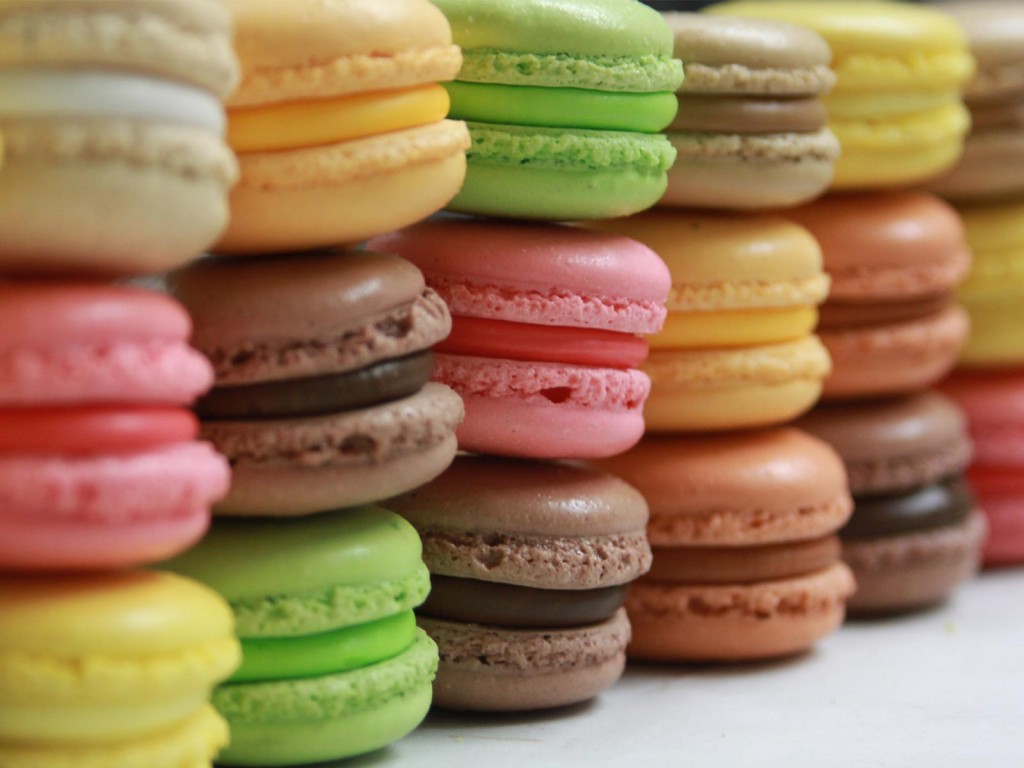 Personally I don’t really get the allure. They’re often gluten-free however, so… at least edible.

When I was little they were called patty cakes but they were a bit of a poor-man’s cake or something that parents allowed their kids to make rather than letting them loose with a large cake tin. However… over the past half a dozen or so years, cupcakes have become a HUGE thing. I don’t get why they’re suddenly so trendy. I’m not a big cake eater but can appreciate the notion as a good form of portion control. One can splurge on a treat without having to buy the whole cake and … you know… eat it too! 😉 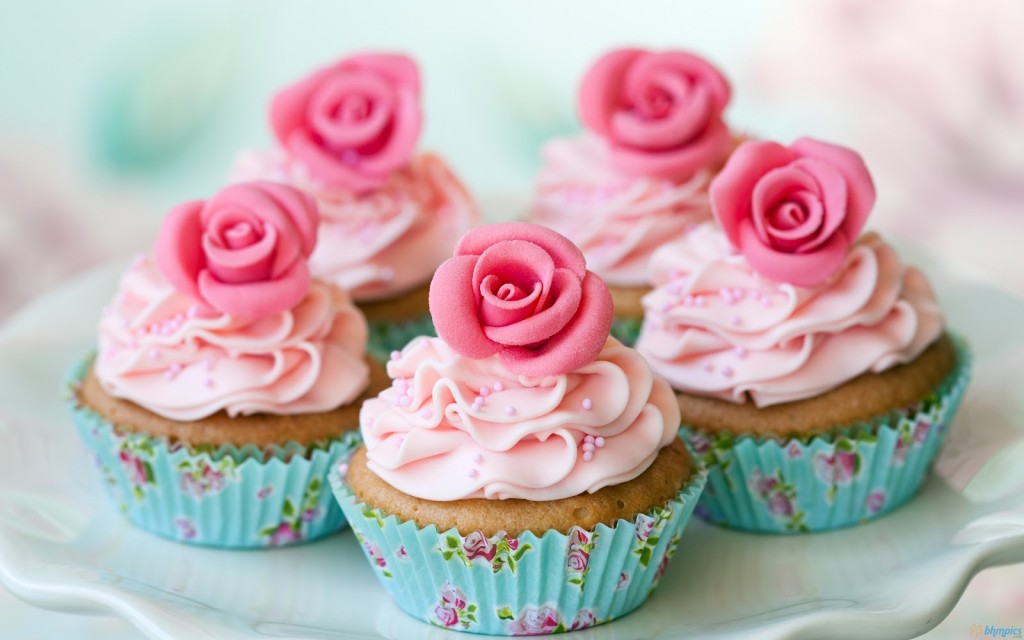 The mason jar fad came upon me suddenly. I suspect it was because I’d been lurking in regional Queensland and not exposed to as many cafes or homewares stores…. however, when I attended the Problogger conference at the QT on the Gold Coast I was one of many people agog with the hotel’s delights. From cute carts of homemade lemonade served in cute bottles, to the mason jars and other ‘retro’ offerings… it was a delight. Since then mason jars have bloody been everywhere. They’ve even made it to Hervey Bay.

I have to admit I haven’t been in ‘buying homewares’ mode (or mood) so have avoided stocking up on the craze which… I heard recently, is on its way ‘out’.

When we were visiting Melbourne a few years ago my niece was adamant that we had to eat at one of the chocolate cafes. As a lover of chocolate I was excited but a bit confused. Of course, she is (nowadays anyway) far more travelled than me and can walk into a Haigh’s Chocolate store and identify what she wants in a millisecond, whereas I am bewildered with the choices on offer – not to mention the price. Of course a Max Bremer popped up near my place in Brisbane just before I moved. I ventured in one day… asking about gluten-free options, only to be told that they weren’t really sure they had anything to offer me. Hmph! Of course I have to confess, I’m just as happy with Red Tulip easter egg chocolate which metaphorically melts in my mouth.

I still remember when owl ‘things’ first appeared. “How weird,” I thought. “How cute,” I thought. It kinda shocks me that the owls have hung around this long. Of course a year or two ago we saw the rise of the pineapple and suddenly THEY were everywhere. Indeed, my old school friend and blogging doyenne Nikki from Styling You loves her pineapples!

Again this is something I don’t get. Why owls and pineapples? Why not bats and lemons? #justsayin 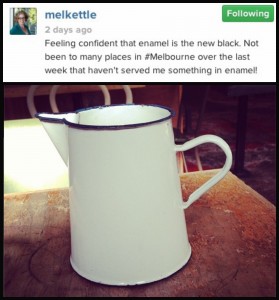 A friend, Mel was in Melbourne recently and shared this pic (right) via instagram. Will ‘enamel’ be the next big thing?

Hmmm… I’m thinking back to both of my grandfathers who had a hefty supply of enamel mugs – perfect for camping. Not to mention, shaving utensils.

I’m fairly sure both would roll over in their graves if they saw them appear in high-end homewares stores at exorbitant prices!

I’m sure I’ve missed a myriad. Is there anything you don’t ‘get’ and wonder how on earth it’s a ‘thing’?
Any idea who creates these ‘things’? Magazines, stylists, celebrities, PR companies?

I’m hooking up today for Wordless Wednesday with Trish from My Little Drummer Boys. (I’m just not very good at the wordless bit!) 😉