I realise I’ve been living under a rock… or at least far too ensconced in my little house on the outskirts of town, but I’ve only just discovered potato bread.

We first met about three years ago when my mother was having her (latest) hip replacement. I was waiting at the cafe of the private hospital and ordered a gluten-free ham & cheese toasted sandwich from the canteen. The staff member explained it’d be a while as they didn’t have GF bread there, but would get it from the hospital kitchen. “No worries,” said I. Cos I’m zen like that. (Well, I’m not but whatevs.)

What came next was an amazing toastie. The bread didn’t crumble. It wasn’t dry. It was delicious. I assumed they made the bread themselves so ordered one whenever I visited the hospital.

It wasn’t until I was helping my mother order her hospital meals (done online on a little iPad at her bed) that I noticed that the GF bread on offer was ‘potato bread’. Which… I’d not heard of before.

Of course if I was less apathetic I would have looked into it at the time. Asked if the hospital had made it, or bought it. If it was only available for catering purposes and the like. Naturally I did nothing other than deal with dry GF bread (well, always toasted) for the next few years.*

A week or two ago I was visiting my mother and we went to a new-ish cafe. As usual I ordered a GF ham, cheese and tomato toasted sandwich (always a pretty safe lunch option). And it was amazing. ‘It reminds me of the ones at the hospital using potato bread,’ I told my mum.

And sure enough when I asked the owner, she went and got the loaf and showed me the packet. AND told me where to get it locally (flagging it was in the supermarket’s freezers not on the shelves with fresh bread).

Because she’s not apathetic like her daughter, my mother dutifully went the very next day to the foodstore in question and bought two loaves of deliciousness. 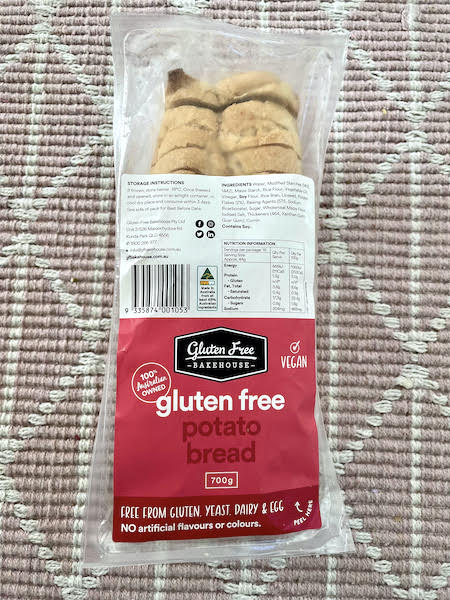 So I’ve since been indulging in fluffy but moist white bread / toast. I usually buy the grainy GF stuff cos the texture holds up better and it’s less likely to fall apart for some reason.

I was excited to have some barely-toasted potato bread with butter and jam for breakfast last week which was heavenly. And it has an interesting taste. Perhaps my own love of all-things-potato discussed here and here (and probably elsewhere) comes into play as well. 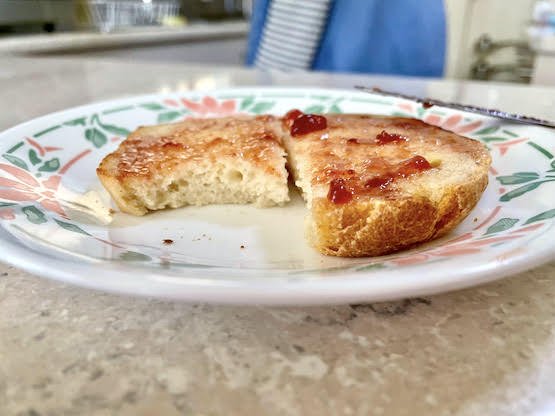 Of course… I need to stop myself becoming obsessed with this new and exciting taste and eating it every meal AND hope that it doesn’t suddenly disappear off the market or become impossible to get.

I mean, I’m not saying it’s life-changing… but a reminder that sometimes something small can offer a glimmer of hope. Now I just need them to bring back Vanilla Diet Coke. (Or at least lemon diet coke.) And yes… I know you can get Vanilla Coke and Vanilla Coke No Sugar – BUT THEY ARE NOT THE SAME! #thatisall

* Thankfully I’ve never been a huge bread lover so being diagnosed as coeliac wasn’t as tragic for me as it is for many bread-lovers who grapple with replacement options.