When I first returned (from living in Mozambique in Africa in 1996) I attempted to retain what little Portuguese language I had learned. At the time there was a Brazilian soap opera on one of our TV stations. It was called Felicidades – essentially meaning happiness in Portuguese. While the show itself was typically soap opera-like, I fell in love with the word (rarely used in its plural form).

Although I continue to work in jobs that (by their very nature) require me to constantly be ‘available’ I have been considering cutting back my hours. And no, I don’t mean just to start only doing 8-9hr days, but rather working a 4 day week. I have done the sums and I cannot really afford this. But I am getting closer and closer to approaching my boss about it. 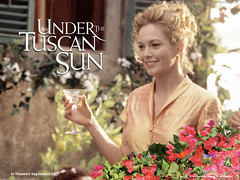 And I wonder now about the concept. Of happiness. I have just written about two women’s searches for happiness, in Elizabeth Gilbert’s book, Eat, Pray, Love (EPL) and the movie (based on a book and featuring one of my favourite actresses, Dianne Lane), Under the Tuscan Sun.

I defended both as not being self-indulgent, superficial quests for ‘happiness’ or ‘meaning’ but rather attempts to regain some of the lives the two women had lost when they unwittingly lost themselves in failed marriages.

I have never been a big believer in the concept of happiness. I talk to my mother often of my ultimate quest for a sense of ‘contentment’ rather than happiness. To me happiness is fleeting – something experienced when you are presented with a nice meal or buy a new item or clothing. Contentment (to me) is less transient. It is more about our sense of ourselves, than derived from external sources.

Having said that, I do believe that unhappiness is less transient and more pervasive. I also believe it is possible to talk ourselves into unhappiness. One minute we are going along okay and then we look across the road and see someone else who has more, or better, and then we feel like we are missing out.

I am a walking-cliché. Constantly feeling discontented with my life, I constantly change things around me (usually jobs) searching for a possibly-unattainable state. I often describe my emotional state as bereft or melancholy rather than ‘unhappy’ which I think sounds as if someone has made me so. Sure, a lot of my discontentment is superficial or materialistic. I wish I had a bigger tv (as I am still living with the large black box instead of a flat-screen LCD or plasma tv), a new lounge suite, or fabulous rug. But, much of my malaise results from my lack of contentment with – well, me and what I have (or have not) achieved, what I do (and don’t do) with my time – essentially, how I live my life.

In EPL and Under the Tuscan Sun, both Elizabeth and Frances lost themselves in their marriages and it was only the end of that institution which led them to sit up and wonder where the hell ‘they’ were. I don’t have that excuse. Only in a work-sense have I had to compromise who I am and who I want to be. While I hate that I have always been single, I am fiercely independent so haven’t spend my life waiting for a partner. I have gotten on with things. But like Elizabeth and Frances, I find myself often wondering if there is anything ‘else’. I can’t help but wonder, “Is this it? Is this all there is?”

In the ‘war of generations’, we talk about Generation Y being even more self-absorbed than Gen X. I watched something recently where a ‘Baby Boomer’ – the generation who led the fight for rights which we now take for granted – called Gen X & Y the ‘I want it all’ generations.

I agree that we are becoming more and more demanding. Not just of others and of service and technology, but also of ourselves. We expect to be happy. Here in 2009, in some time-warped anomaly, we want the material possessions of the greed-is-good culture of the 1980s and we expect the fulfillment of the navel-gazing 1960s. 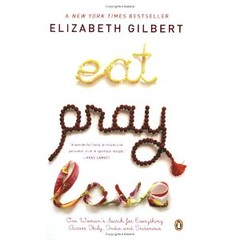 Once we scoffed at those who stopped and pondered on the point of it all. They were the hippy-wannabes or those who dropped out of life to live on the poverty line as potters or poets. We judged them and suspected that – clad in tie-died kaftans – they weren’t really happy, just constantly too stoned to know any better.

But in the dawn of the new millennium we are taking stock of our lives. In a post-September 11-world which has become more and more demanding (we are always at the other end of electronic media and constantly available), it isn’t only the disenfranchised and the recent divorcees who are poised at the precipice for change.

Some of us are ‘down-sizing’ or taking a sea- or tree-change to improve the quality of our existence. We realise that it isn’t all about money. And we are making selfless choices to improve our environment and the lives of future generations.

I have mulled over the idea for years. But, as a single woman, it is hard to justify. I don’t have the standard excuses – study or children. But I want to make a statement – that my life is not entirely about work. I want to give myself time to do other things like exercise, writing, catching up with friends and just doing chores at home.

Unlike Elizabeth or Frances, it hasn’t really taken a crisis to bring me to this point, but a number of things, including my decision this year to try to have a child; and my (particularly confronting ) time at a fat camp recently.

So, love it or hate it, more and more of us are contemplating our lives. I can almost pinpoint those in my social-circle who will ask ‘why’ I would contemplate a 4-day week. It is easy to make fun of those who are searching for ‘meaning’, happiness or contentment, or even just trying to rediscover our lost selves. It is easy to roll your eyes at those who stop to ask themselves if they are happy.

But I think: asking if you are happy is akin to asking yourself if you are in love. If you have to ask, then you probably aren’t!