One of the items on my ‘5 things to do before I turn 50’ (aka #5before50) list was a styled photo-shoot. Naturally it took me 11 of the 12 months allocated to achieve this mini-goal as I kept putting it off thinking I’d: 1. lose more weight; 2. get better hair; 3. consider botox; 4. feel less vain about doing it; and 5. suddenly become younger and more attractive.

None of those things happened. Instead I almost ran out of time and when my mother asked for gift ideas, we agreed it’d be something she could shout me. And – between you and me – I hoped it’d be a way of accepting me as me (ignoring my body, big nose and yellow teeth and so forth!).

I’d previously contacted local photographer, Jessica Gunn Photographer as I’d initially planned to get some new head shots done for the blog (and Linked In etc) before the Romance Writers’ Conference in August… but it just didn’t happen. Jess was recommended by a friend and I’d looked at her work and thought we’d be a good fit.

Jess’s 30 minute mini-portrait session cost $150* and was perfect for my needs. I’d been in contact beforehand and suggested we do it at my place though usually she’ll go somewhere more inspired, like the beach or bush (etc).

I also visited my hairdresser the day of the shoot and ended up getting them to do my makeup as well. The hair and makeup was as much of the ‘treat’ as anything else. I rarely (if ever) get dressed up. I’m usually sweaty within minutes of walking out of the door, so the idea of dressing for an event is totally foreign to me.

In fact the last time I had my makeup done I was bridesmaid for a friend’s wedding in 1996!

I was incredibly bloody nervous and had nightmares in the lead-up to the day – paranoid about my makeup running and hair getting sweaty – rendering the photo-shoot kinda pointless.

I took the day off work and pumped my home airconditioning up before heading to the hairdresser however, and warned Jess to bring a coat.

I wanted the pics to be natural. They needed to be me. Just a nicer version of me. One with flawless skin and nice hair.

Had it been winter, for example, I’d planned a pic of me in my 14yr old (hole-ridden) Nike sweatshirt on the sofa. Cos that’s who I am.

Hair & makeup
My hair appointment went really well and my hairdresser (who knows me well) did a great job on my makeup. “You need to look like you,” she said. And I must admit (and it sounds vain) but I was agog at the job she did. I kept looking at the face in the mirror that was me, but not me.

I’d suggested she put a light lipstick on and I’d switch to something brighter later.

The photo shoot
I’d not met Jess before but felt like I had. She was lovely and really put me at ease. I wasn’t sure how to start so she suggested I start with whatever felt most comfortable. As a result I stayed in the outfit I was wearing and perched on the sofa hugging my knees and so forth. 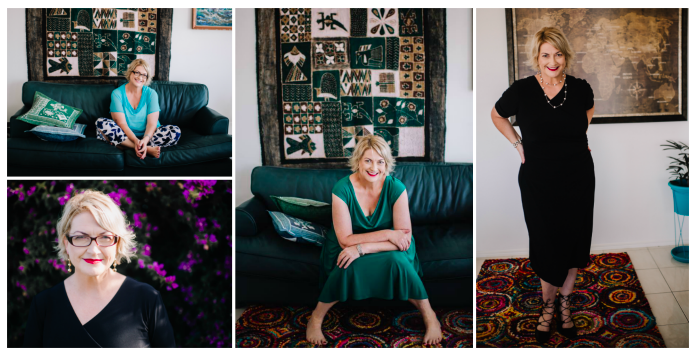 Despite my nerves I kinda felt at home in front of the camera and I’ve been a photo-whore since I was a kid – pasting on a smile and edging into frame. It’s only been the last couple of decades that I’ve shied away from being in photographs. I should also mention I did a modelling course thingy in my late teens and we had to do some photography stuff as part of that.

Jess couldn’t have been more reassuring however and kept getting the giggles at how ridiculously comfortable AND anxious I was. At the same time.

She showed me a few of the photos as we went along; and I’m not particularly visual so am always impressed by those who can see a scene and work out how to best capture it and even improve on it.

Even though I’m prone to seeing only the bad I adore almost all of the photographs Jess provided me with on disk (114 in the end – in colour / black and white) and couldn’t be happier with the results!

As for my favourite photo…. 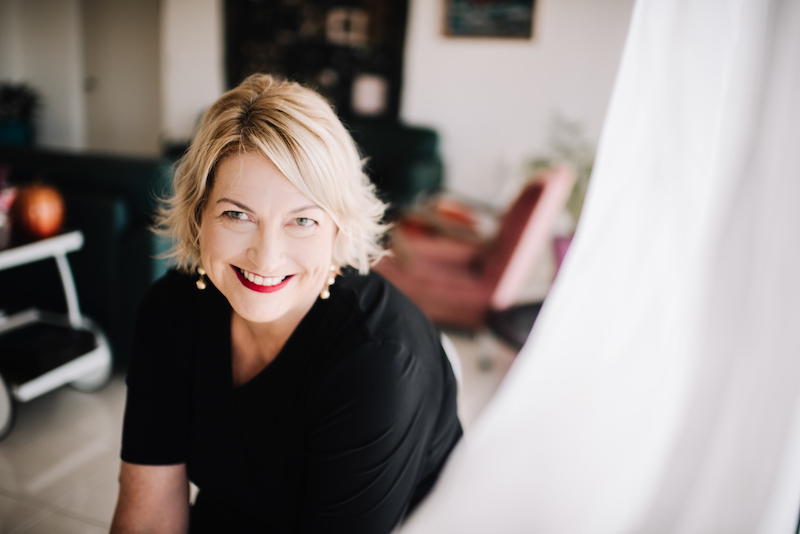 Have you ever had professional photographs taken? Are you comfortable in front of a camera? Anything you’d like me to ask my photographer?

* At the time of booking.
PS. Not sponsored. (And a huge thanks to my mum for the pressie!)