More and more are commencing ‘learn to run’ programs, while others embark on 10km runs, and then there’s the odd marathoner or two.

Besides the fact that I’m fat and unfit I’ve never been a runner. Even when fitter and healthier. Indeed, even when anorexic and exercise-obsessed.

But now that I’m about to start at a gym I’ve been thinking of considering what I might do once there.

Long-time readers will recall my love for faux-Zumba (a less-Latin version of Zumba) I used to attend. And then there were ‘pump’ classes, pilates, hip hop and even group circuit type classes.

Do you sense a theme?

Yep… I’m a class-goer. I struggle to exercise alone. I mean, if I really have to I’ll go and sit on an exercise bike or rowing machine. I’ll walk on a treadmill with music blaring in my ears. But only if I have to. 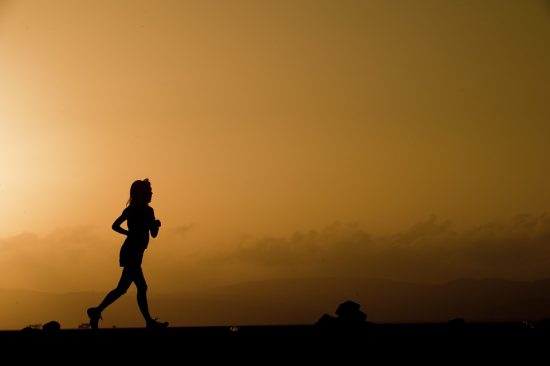 I realise that sometimes people cross over, but essentially there seems to be two camps: those who like individual exercise (running, cycling or doing your own thing at the gym); and then there are those who prefer group activities or team sports.

I’m the latter and I suspect this is for two reasons.

Firstly, it’s in my comfort zone. I grew up playing team sport – namely basketball and netball. There was a brief foray into tennis but – despite playing representative bball and netball – I stressed WAY too much about my matches. And losing.

Of course I’d feel guilty if I played a team sport badly (apologising more than I needed to if I missed a shot in netball for example!) but – to this day – the notion of individual sports are just not something I’m comfortable with. I mean, golf and tennis are all about winning and losing. I mean, it’s all on YOU!

While jogging and cycling might not necessarily be competitive it’s still performance-based. It’s all about you.

Which brings me to my second point.

I’m not great at self-motivating. I’m more of a procrastinate-until-things-become-desperate kind of person. I work best under pressure. And I hate letting people down, so if I commit to classes or team sport… I’ll be there. It seems less of an effort to just ‘turn up’ to something organised by someone else. Not only can you easily blend in, but there’s a sense of group goals and achievements. You’re all working together for the same cause.

It’s a couple of weeks since I officially joined the gym but I’ve finally received the all-clear from my doctor and her certificate (re my blood pressure) so now I’ve no excuses. I’m starting with water aerobics but ‘may’ need to do some individual cardio and weights’ exercises until I’m fit enough to join a class. Which will – of course – mean stepping outside of my comfort zone a little. But (thankfully) not a lot.

If you exercise are you more of a group class kinda person, or do you prefer to go it alone?