Although it seems as if I overshare a lot here, I’m equally conscious that people who actually know me could be reading. It might sound weird but I’m far more comfortable sharing with complete strangers than those who ‘know’ me or at least think they have some perception of who I am.

But, I’ll be honest…. this week has been a challenging one for me.

Another blogging friend had approached me to write about a time in my life in which I’ve had to be courageous. After some pondering I decided, rather than write about my years of developing country work experience, my seachange or more-recent unemployment, I’d actually write about my experience of not becoming a mother. Something which was very difficult at the time but something I’d certainly accepted…. ten years on.

And then the royal baby appeared. The newest one that is. Archie. And my feed was full of happy parents; and – because the world wide web thinks it knows what we like – ALL of my Facebook and Instagram ‘suggested’ stories featured cute kids, new parents, gender reveals* and adoring older siblings meeting new babies.

And I realised** I don’t think I’m actually as well-adjusted as I assumed. 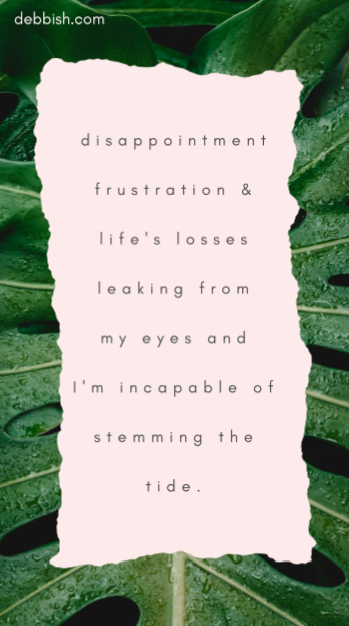 I’ve written a little (though not much) about attempting to become a mother in my early – mid 40s.I’d always wanted children. Always. It was never in doubt back then. It was just an assumption. I wasn’t particularly ambitious growing up. I saw myself getting married and having kids. Cos that’s what everyone did.

I still have no real clue why (all of it) didn’t happen for me. I kept hoping. Sure I’ve had my share of confidence and trust issues but it took a while before I accepted that time was passing me by and perhaps I’d never meet ‘the one’.

The relationship thing was something I couldn’t (consciously) control. But… I knew I’d struggle with A LOT of regret if I didn’t have children. So I knew I had to try. I was financially secure, responsible and I knew what to expect.

Finally at 41 I finally decided I’d go it alone, though my mother and a couple of friends were super supportive at the time. So… off I trudged to the fertility clinic for appointments, interviews and tests. I became well-versed in skimming through donor sperm catalogues as if checking restaurant menus for options suitable for a coeliac.

I was classified as ‘socially infertile’. So… there was actually no reason I couldn’t have a child – just that I hadn’t had the opportunity. I’d never tried to get pregnant. IF I’d had a partner and we’d gone at like bunnies, even though I was in my early 40s, there was no reason I wouldn’t have gotten pregnant.

But of course I had no partner. Just vials of donor sperm at $950/pop. Romantic huh?

Long story short… I had a few attempts, then took a break and tried internet dating again, then at 43 had a last ditch effort. By which time some tests indicated my chances were getting lower and lower.

And I made the decision to stop. It felt kinda good, being able to make the call. Being in control of something I hadn’t been able to control.

It was 2011 and I mourned at the time. Of course I was initially bitter. It seemed every Thomasina, Debbie or Harriet could shoot out babies. I felt resentful about my lack of partner that would have possibly allowed me to become pregnant with minimal fuss and effort; that would have allowed me to pursue the dream I’d had. I mean, god… I wasn’t talking fame and fortune. I was talking about a child.

But time passed. It was pivotal in my seachange decision the next year as I saw the next 20yrs of my working life stretching out before me mirroring the 20 before that.

I knew I’d been biding time. Waiting for my life to start: to meet a partner, to have a family. So at 44, almost 45 I made my seachange. And because I was feeling older and less-healthy I occasionally felt a sense of relief that I wasn’t running around after a toddler or dealing with shopping aisle tantrums. Until I’d see the bond between a mother and child and I’d die a little inside.

Mostly I feel like I’ve come to terms with my life. My legacy. Or lack of it (in some ways). But, if this week has taught me anything, it’s that I’m far from ‘over’ it. And perhaps that’s also okay. I shared something during the week with a younger relative who’d lost her husband. It was a TED talk about grief – about the fact that we don’t move ‘on’ from it, but move ‘through’ it. That we don’t recover from loss, but learn to live with it.

* I fucking hate ‘gender reveals’. I mean, when did they become a thing?! Surely it’s just a social media phenomenon.
** I should mention that I suspect this is exacerbated by my current lack of employment and job opportunities. I think I’m normally more resilient.