Yes, you read that title right. It’s a question… not my usual navel-gazing ‘how I’m doing’ type check-in post. And it’s because I’m pondering the notion of feedback – namely – when and how we ask for it.

I started a new job in February. It’s only part-time and a lower level than I used to work. But still challenging in many ways.

When the job was advertised it was located in a town about 90km away, but a regional position, requiring some travel and involving my agency’s eleven ‘offices’ across the region. In my application and subsequent interview I proposed that the position be based in MY hometown, given that travel would be involved anyway. My ‘to-be’ boss agreed and I got the job.

I’ve worked ‘remotely’ before. While doing contract work for a local website development company for a couple of years just after my seachange, I worked with team members located in the US, Sunshine Coast and Japan and I often worked from home. As a result we relied on a heap of online applications for chatting and communication. Obviously there are positives and negatives, but on the whole it was fine and worked well.

It may not surprise you to know that I’m a blithery ‘writer’. I prefer briefing notes, emails (and texts) to phone calls. My boss is the opposite. And that’s fine. We’ve worked out a system that I send him long emails about stuff and he’ll send a short ‘That’s fine,” message back via his iPhone or similar. 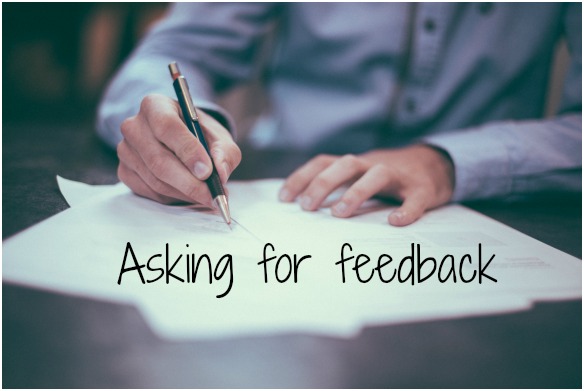 In reality my role is pretty autonomous so I just get on with it. I developed a project / work plan which has been approved and so just do my thing. But a few weeks into the job I asked for feedback. Don’t get me wrong… I wasn’t fishing for compliments; I seriously wanted to know how I (and my work) was going.

He didn’t respond, so when I next saw my boss I referenced that email, asking how he thought things were going. I didn’t want to put him on the spot or for it to be confrontational or awkward in anyway, so attempted to word it in a way that I really wanted to know and giving him options… I asked if there was anything I should be doing more of, less of, anything I should be doing differently.

All was fine, he offered… so I continued on my merry way.

And this past week – nearly four months in – when I saw him I asked the same thing. It occurred to me that he seemed a bit surprised. My question was the same – what does he need from me that I’m not doing / things I should do more / less and so forth. Again he said he was happy with everything.

I pondered this on my drive home and wondered if it’s weird to PROACTIVELY ask for feedback. I know I don’t do it in other environments. I don’t do it on the writing front for example. I’ve been tempted, but haven’t asked readers here what they like / don’t like about my blog and posts.

In government it’s not uncommon to have ‘performance agreements’. Sometimes they’re wanky – just something needing to be done for HR purposes, but as I’ve gotten older (and wiser?) I believe they can have some value.  If you’ve been appointed into a job it’s rare that you don’t have the capacity to do it… so sometimes work performance isn’t about working better, it’s about working differently. It’s about expectations – your own and those around you.

As I’ve worked a lot in project management, I’ve often used the project plans themselves as my performance agreement. Am I delivering on what I’ve proposed?

In this case I don’t have a performance agreement. I’m hitting the targets on my work plan but still asking for feedback. It feels kinda sensible, but now I’m not sure.

Am I alone in this weird work habit?

Linking with With Some Grace to flog my blog this rainy Friday in Queensland.