I have to come clean about a relationship I’ve been in for the last almost-four years.

I talked recently about intimacy and my desire to have someone who knows me inside and out. But, just when I think our relationship is going somewhere, I’m floored by the realisation that we’re nowhere near as in-sync as I thought we were.

Sure, being able to leave instructions and know they’ll be carried out is a good thing, but sometimes we just want more…. 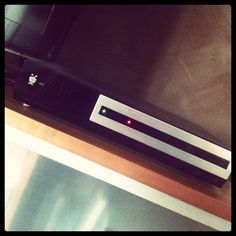 Of course I’m not talking about a person. Alas.

Although… it’s a bit like having another householder. In my old place I’d find myself walking past my entertainment unit and the little red recording light would be on. Unexpectedly.

My TiVo never responded cos… hello it’s an inanimate object, but still…

When I first splurged on my TiVo my only point of reference was a Sex and the City episode in which Miranda essentially becomes emotionally dependent on hers. Thankfully I’ve never quite gotten to that.

I did a heap of research before I bought it, but still managed to NOT realise it had to be constantly connected to the internet to work! D-oh!

Initial unhappiness aside, my TiVo fast became my fave household item. I’m fairly sure my other appliances were insanely jealous. Well, they would have been if they weren’t just things…

Anyhoo, I soon discovered that my TiVo not only recorded stuff, but I could program it to tape shows featuring certain actors or using keywords (Richard Armitage and Agatha Christie are two of my ‘starred’ items in case you were wondering). However, it also comes up with TiVo suggestions. You have the option of giving a thumbs up, or thumbs down to certain stations and shows and ‘somehow’ your TiVo will ‘learn’ (via complicated algorithm I’m sure!) what sorts of shows you like.

We were a bit hit and miss in the early days and I’d find a stack of kids TV shows or current affairs shows taped for me. I soon set it straight however and I felt we had a pretty good thing going. I’d often find myself pleasantly surprised by the odd old movie or relieved to see something I’d missed recorded, and we settled into a nice pattern. Mostly.

However, something’s happened cos of late it’s like we’re back to square one. Last week I checked my recorded programs (I keep a ridiculously large amount of shows to watch again: Miss Fisher’s Murder Mysteries and Person of Interest, for example!) and discovered that awaiting my viewing pleasure were shows about bloody trucking adventures, car engines and news. News!!!! 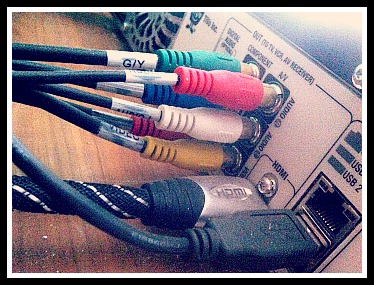 Like I said, there are the occasional glitches. At some point in the last four years I must have watched a few ‘foreign’ movies on SBS2, so I regularly find some obscure Korean movie awaiting me.

And the move 18mths ago meant I needed to take a picture of the cords to remind myself where the bloody hell they went! But on the whole, I thought we were sorted.

Perhaps it’s like something out of The Terminator and Skynet’s starting to control our machines. #joking*

I suspect it’s just getting old. While I can’t afford a replacement anytime soon I must confess I’m kinda excited about what the next version will be able to do!

Do you have an ‘intelligent’ PVR / DVR etc? Does it offer up suggestions?

* As an aside, does anyone else kinda find it freaky that their ‘i’ devices share stuff behind your back? I mean, I know I set up my iPad and iPhone for iCloud sharing but it’s like two recalcitrant kids conspiring behind my back – sharing photos and music and the like!