Parents around the world rejoice when summer holidays come to an end. As do I. I’m not a parent, so my celebrations aren’t in honour of having bored argumentative kids back in school where they belong (for at least 12 years or more).

No, my delight is a direct result of the fact that the silly season (aka non-ratings period) on our television screens comes to an end.

In Australia I’m able to finally exhale (and put away my DVD rental card) in February when I’m relieved to see my old faves back on the screen as well as some newcomers – which will hopefully stay around longer than Alcatraz or Criminal Minds – Suspect Behaviour.

Because I have such exquisite and superior taste I thought I’d treat you to some insight into why I like the shows I do… just in case you’re looking for some new viewing fodder.

Now, of course there are the shows which have already received a mention OR their own post here previously, including: Person of Interest, The Killing, Revenge, Raising Hope, Rizzoli & Isles, and White Collar (and Suits!).

There are however, other returnees which haven’t yet had the honour of Debbish love and attention:

Castle – cos I’m a huge fan of Nathan Fillion (not from his evil end-the-world Buffy days, but from his goofy-Mal Firefly days!) and love the faux dumb drollness of his character. Oh and I like the fact that his character actually has a Twitter account!

The Mentalist – cos of Simon Baker. Major cutie. What more can I say…  Though you either love or hate the quirkiness of his Patrick Jane; it’s impossible to fence-sit it seems!

NCIS LA – the biggest problem here is deciding if it’s Callan (Chris O’Donnell ) or Deeks (Eric Christian Olsen) who is ultimately worthy of my adoration.

Blue Bloods – Tom Selleck is the perfect Commissioner of Police. Who would have thought Magnum PI would turn to the dark side?!

Law & Order SVU – I am loving the cast changes. Arrogant Elliot (Christopher Meloni) who’s now left the show just pissed me off. Mariska Hargitay continues to be a fave.

Big Bang Theory – I fell in love with this show a few years ago and cannot believe I haven’t written an entire post about it. Amazingly, the introduction of new characters over the past couple of years have only strengthened its allure! (I am a bit over the constant reruns however and wish TV Execs stopped using it as a gap-filler. Why don’t they go back to reruns of Seinfeld, The Simpsons or Two and a Half Men for god’s sake!)

The Graham Norton show – I cannot believe this show isn’t more popular cos I adore cheeky Graham and his very dry sense of humour. I have to say though, the quality of each show is somewhat dependent on those on the couch opposite the Irishman.

Shaun Micallef’s Mad as Hell – featuring Australian funnyman Shaun and reminding me that funny can be sexy. But while I love the faux newsy / current affairs show I’m not a fan of his other current TV gig… Mr and Mrs Murder. Ho hum.

As I was a huge fan of Sherlock, featuring the bizarrely sexy Benedict Cumberbatch,  I’d decided I had to hate the (latest) US version of the old Sir Arthur Conan Doyle classic. But instead Elementary is one of my favourite new shows of the year! Jonny Lee Miller and Lucy Liu are fab in the lead roles.

Of course there are some other faves not YET back on our screens, including the final season of SciFi series which started with a bang and may end with a whimper, Fringe as well as:

Criminal Minds – cos who doesn’t love a show about serial killers and those who catch them. Plus Shemar Moore is tres hunky!

Puberty Blues – the second best show on Australian television – if I do say so myself. I loved everything about this show from the casting to the writing. I cannot wait for season 2. 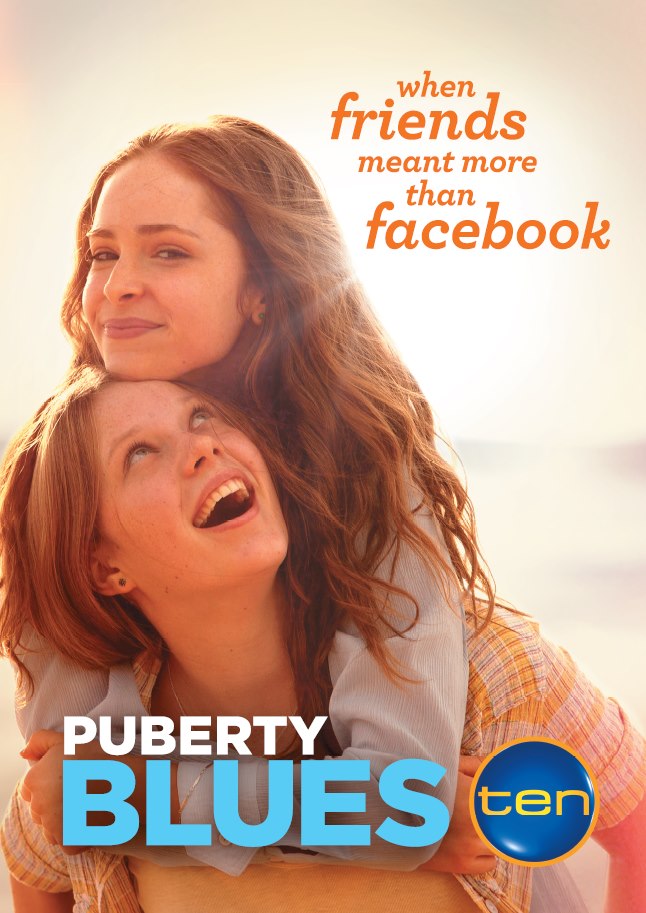 Which brings me to Miss Fisher’s Murder Mysteries: the creme da la creme of TV viewing in my book. I won’t bore you with my effusive praise and rave about how much I love this show, cos I’ve done it here and in a Fashion Phry-day post. All I can say is watching this show makes my heart and soul sing.

So there you have it. I know many of you are wondering why I haven’t included the likes of Downton Abbey (don’t like the show and find the leading female character – ie. the oldest daughter – very unappealing) or shows about cooking or renovating or losing weight (cos I have taste). 😉