I’ve cut back on my reading over the last couple of years. Initially it was because of work commitments, but almost a year of unemployment has meant this hasn’t been an issue.

So though I’ve continued to read and review I’ve spent evenings in front of the television rather than in the bath with a book. I loved both television and books when younger and it seems little has changed.

Given I’ve got no other commitments however, I’m thinking it’s not necessarily a bad thing. I rarely (never) watch TV live, though accidentally watched an interesting movie the other night (The First Grader – set in Kenya and based on a true story of an 84yr old man who enrolled in primary school!). Most of what I watch I view online and here’s some of my recent viewing fodder in case you’re on the lookout:

On Becoming a God in Central Florida (SBS on Demand – 11 x 45min episodes)
Kirsten Dunst’s return to the screen. The acting’s great and this show – about pyramid selling, poverty and faux glamour in the early 1990s – is clever and addictive. It’s also the type of show I find annoying. So I often delay watching newly released episodes online but once I start watching binge on several at once. 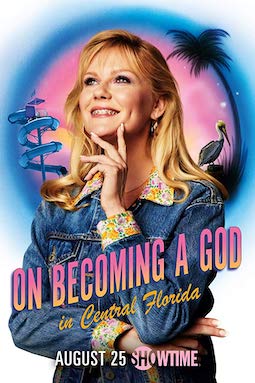 High Seas / Alto mar (Netflix s2 8 x 50min episodes)
I watched season one of this show earlier this year so felt obliged to tune in for season two. The new season centres around the disappearance of a woman before the ship sailed. It’s very dramatic – telenovela-style – but the sets and wardrobes are beautiful. I kinda hope there’s no season three though as I think it’s kinda ‘done’. 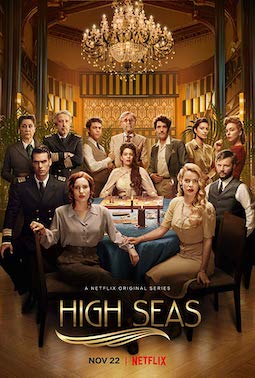 6 Underground (Netflix)
I felt obliged to watch this cos I wanted something mindless to do on the night it was released. I spent the first 5, 10, 15, 30, 80 minutes thinking ‘What the actual fuck?’ as it seemed so crappy. I suspect it’ll divide audiences. My final verdict was that I was glad I hung in there, but my tweets tell the story. 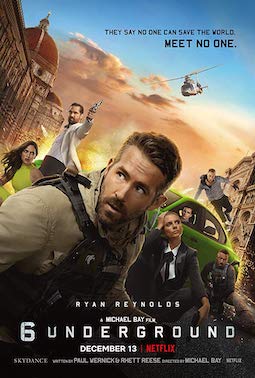 Virgin River (Netflix (10 x 45min episodes)
A somewhat predictable TV series about a nurse practitioner who moves to small town America to escape her sad past, only to discover the ‘package’ she gets is far from what was promised. It’s kinda naff but kinda quaint at the same time with nice small-town characters and story arcs. It offers some great cast members including Martin Henderson, Annette O’Toole and Tim Matheson. 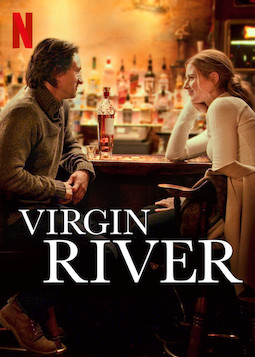 The Twelve / De Twaalf (SBS on Demand – 10 x 50min episodes)
This show is annoyingly being released weekly. I didn’t realise this when I started my binge-watching so now have had to wait impatiently. It follows the trial of a woman for killing her baby and her best friend (18yrs earlier). The accused and most of the cast members are terribly unlikeable and I’m not loving the acting (though that could be a translation issue). A lot of the plot doesn’t make sense or seem feasible… but secrets are everywhere and it’s weirdly intriguing. It’s in Dutch and set in Belgium and meant to be a ‘behind the scenes’ story of a jury. 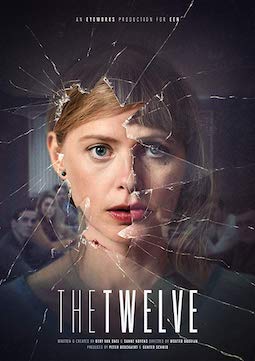 Terminator – Sarah Connor Chronicles (7Plus – 31 x 60min episodes)
I watched this when it was released a decade or so ago. It picks up after the second movie was released with a teenage John Connor. Fans of Game of Thrones will love that Lena Headey plays Sarah Connor. Summer Glau is excellent as the machine sent back to defend a teenage John cos she does blank and robotic really well! I’m one season into the two season show and from memory season two jumps the shark and it was axed at a cliffhanger at the end. I remember the frustration at the time but (for reasons unknown) I’m doing it to myself again. 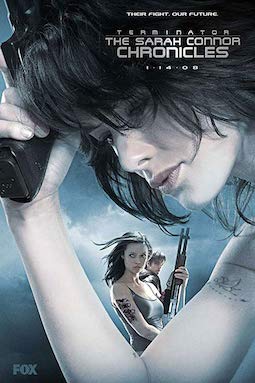 Home for Christmas / Hjem til Jul (Netflix – 6 episodes)
This series (six episodes), set in Norway is about a young woman who lies about having a boyfriend to appease her family so then has to find aforementioned boyfriend before their Christmas gathering. It’s pretty obvious from the get-go but there are some funny moments as nurse Johanne goes on a series of dates to try to find ‘the one’. (Or at least… the ‘vaguely acceptable’.) 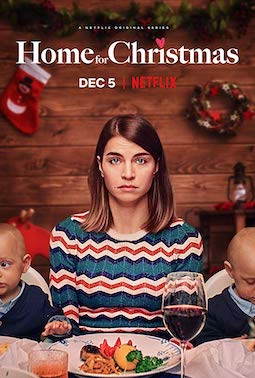 Holiday Secrets / Zeit der Geheimnisse (Netflix – 3 episodes)
This German miniseries was a bit of an anticlimax and the big secret wasn’t that interesting, but for reasons unknown I kept watching anyway. It’s more about long-kept family secrets and relationships. The acting was okay though and I suspect watching in subtitles lessened the gravity of the revelations. 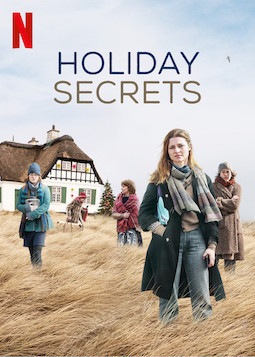 Three Days of Christmas / Dias de Navidad (Netflix – 3 episodes)
Another made-for-Xmas TV miniseries. Like Holiday Secrets the preview of this implies there’s a thrilling climax or element of suspense (of sorts). #Spoiler: there isn’t. It features an isolated family with three daughters who take in the daughter of a criminal on the run. Years later (at Christmas) secrets are revealed. The shit hits the fan and another thirty years pass before the whole family reunites again. It felt overacted. Almost like a play. Very telenovela-like. Yet I hung in until the end. 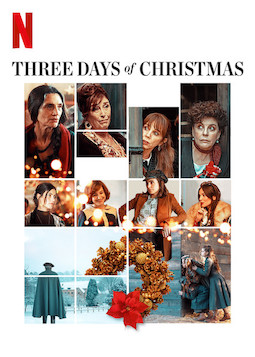 Frayed (ABC iView)
Set in the 1980s Sammy is forced to return to Australia after her husband unexpectedly dies. She and her two teens were living a lush life in England but is now broke, so she and her kids have to adapt to living in her childhood house with her hippy mother and Dynasty-loving brother – who resents her return. I didn’t LOVE love this but enjoyed it and it ends on a weird cliffhanger so I hope it returns. It also includes some great Aussie talent. 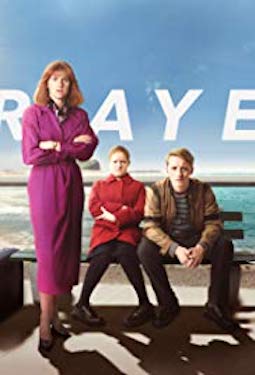 The Knight Before Christmas (Netflix)
This was as corny and as you’d expect, but the knight (Josh Whitehouse) sent back in time (for reasons unknown even when known) was kinda cute and Vanessa Hudgens is likeable. My favourite part of this is the eye-candy and I don’t mean the objectifying human-kind. Rather the OTT christmas decorations and amazing houses. 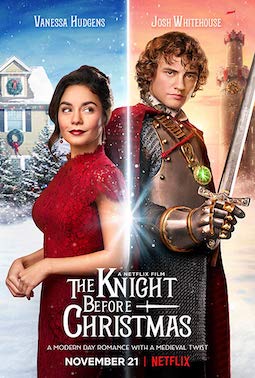 Black Spot / Zone Blanche (Netflix – season 1: 8 x 52 min)
I’m not entirely sure I know what happens in this series. It touches on the supernatural a little, but features enough brutality and psychopathy of humans to keep me watching the first season (I need a ‘why’). It’s in French and set in a small town in Belgium full of eccentric characters.  I’ve started season two but not sure I’m going to stick with it. 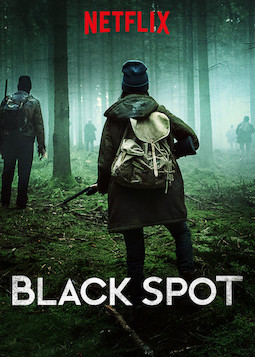 So there you have it – what I’m watching.

Next on the agenda: Years and Years (which everyone is raving about), Revolution (something I watched when released though it was axed in the second year I didn’t get to see the second season) and I’ll have to rewatch season one of Lost in Space before season two comes out on Christmas Eve, cos… HOT ROBOT!!! Oh and I think there’s a Dr Who special due out shortly and though I don’t love the current ensemble, I’ll tune in anyway.

Any other suggestions? (Other than The Crown which I can’t be arsed getting into!)