Absolutely Fabulous is on our screens here in Oz at the moment and as soon as I hear the theme song I am cast back to the early – mid 1990s and reminded of how scandalous and ground-breaking it was when first released.  I am also reminded of how much I admired Jennifer Saunders’ Edina, who I believed (had she been a real person) was never as vacuous, vague or unattractive, as Saunders tried to make her. 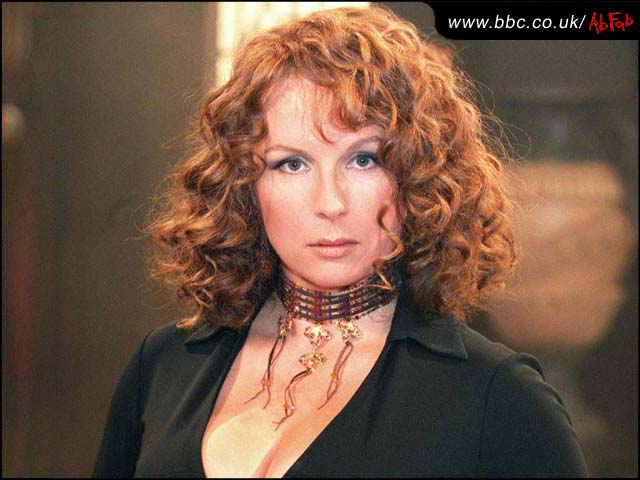 In fact, I aspired to be her.  I envied her frivolity and loved her look, and as I was in my 20s at the time, I suspect her fashions would have been more forgivable on me.  Had my (then-dyed brown) hair been long enough I would have been sporting a brown spiral perm myself.

Like so many others, I have to admit to a tendency to being easily swayed when it comes to fashion or fads.

My first memory of this affliction is tied to Young Talent Time, a childhood favourite.  In my defence, in the 1970s TV viewing options were limited in regional Australia, so frankly any show catering for kids was a bonus.  At the time my parents wouldn’t let me have long boots, but it wasn’t long before I realised that my YTT faves, Sally Boyden and Karen Knowles, were in fact wearing white sandshoes and long white socks – to look like boots (or perhaps just for comfort).  I realised I could do that.  And often did.

As I was finishing primary school, Grease hit our shores and screens.  After a brief flirtation as ‘nice Sandy’ (blonde bob a la Sandra Dee), I somehow convinced my mother to let me have a perm and suddenly – at 12 or 13 years of age – I was bad Sandy, sans the black lycra ‘You’re The One That I Want’ outfit.  Of course. Me back in the day – a Princess Di wannabe (had the curling wand working overtime!)

Princess Di was probably my next fashion idol and like many others throughout the world I cloned her hairdo.  For a while anyway.

Olivia Newton John’s Physical debuted the same year and I diligently added a headband to my Diana cut and wore leggings and layers of ill-fitting sweatshirts.

By the time I finished high school in the mid 1980s I was channelling a favourite Dolly magazine model and had a spiral perm to match.  WHAM had asked us to CHOOSE LIFE and although I didn’t have the t-shirt, I had my fair share of fluorescent clothing.

By the 1990s, I’d dyed my hair dark and put on more weight than I’d liked.  I bought my first pair of Doc Marten boots and flounced about in my Docs/baby doll dress combo.  Just like the girls in the original Beverly Hills 90210. (ie. The normal-sized Brenda, Kelly and Donna, not the skeletal lollipop-like ones in the remake!) Louise Lombard as Evie in The House of Eliott

Then it was Ab Fab and Edina, as well as BBC’s House of Eliott.  Although desperate to emulate Edina (and in all honesty, who wouldn’t be?) I was entranced by Louise Lombard’s Evie – and frankly in the early 1990s my hair was more suited to an Evie do rather than an Edina do.  So I attempted the clean sleek lines of the 1920s flapper.

Something happened after that and I found myself spurning the likes of Melrose Place and Friends and stoically avoided the Rachel ‘do’.  Or maybe I just grew up. In reality, I went to live in Africa and Asia and came home less inclined to follow the crowd.

Although… I must admit, while I’m now unlikely to be as committed to mimicking the style of others, I am – on occasions – still prone to falling prey to the influence of others.  I have a hair appointment tomorrow, and although I know my hairdresser doesn’t ‘do’ perms I am thinking of taking a picture of Scarlett Johansson’s tousled OSCARS bob to see what they can do – and hope I don’t get laughed out of the salon!