And got no responses. I wasn’t sure if people are just ridiculously self-absorbed and unhelpful; or…. if most on social media thought to themselves… “What the fuck is a video?”

Or perhaps they just have lives and better things to do on a Saturday night!

I have to admit I didn’t even know what to call it in my tweet… video / DVD library? Oh god?! … am I not the hip & happenin’ young ‘thang’ I think I am? Maybe I’m more like an old out-of-touch grannie!

I felt even more archaic when I saw a movie advertised on TV this past weekend.

“Escape from New York”  I read. The name immediately jumped out at me. 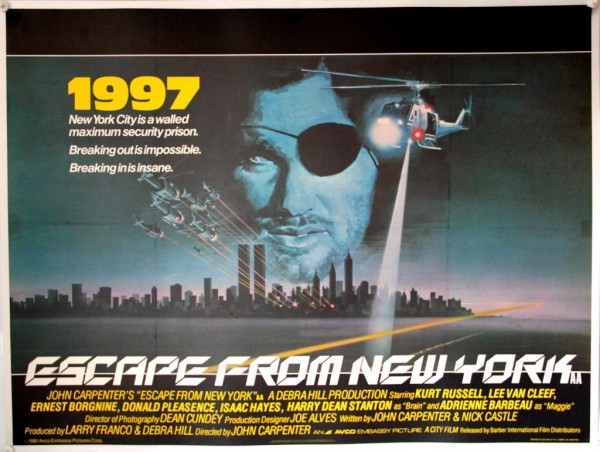 During my last couple of years at school – in the mid 1980s – I worked at the local Chandlers (an electronics and music store for anyone under 30!). Although I helped out in the music section selling records and cassettes, my primary job was to man the video counter. Of course in those days, rather than DVD vs Blu-Ray we had VHS vs Betamax and I always had to check people selected the right option when they came to pay for their choice. From memory the videos were all kept in a drawer which I had to match to the empty case from the shelf. (Gah! The responsibility!!!)

As a result I was ridiculously familiar with the limited supply of videos on offer. Like Escape from New York,  The Postman Always Rings Twice,  Eyes of Laura Mars,  The Deer Hunter  and the like. See, the titles are burned into my brain – 30 years later?!

Of course the biggest perk of the job (which earned me about $12-13 each Saturday morning!) was that I was allowed to take something home (for free) at the end of each Saturday shift – but only the stuff left on the shelf. As a result I *may* have sometimes hidden a case under the counter if there was something I really wanted to watch so it meant it was magically still available at the end of my shift.

Rest assured however, even I’ve moved on from video cassettes. I’ve often wondered if I should have progressed to Blu-Ray but of course now it seems that DVDs are even kinda redundant when everyone streams online stuff from Netflix or whatever.

I’ve mentioned before that I’m in a complex where I have no choice but to pay a huge amount (well, $60/mth) for a Foxtel subscription which gives us a total of 10 stations. They’re mostly news and sport (lots of males are involved in the body corporate decision making!) with two movie channels. And it’s analogue so the movie stations are so snowy it’s almost impossible to watch / hear. As as result I’ve not watched any pay TV in my two years here despite having to bloody well pay for it! So… I’m loath to pay more for any additional services. It does however KILL me to miss out on a heap of TV shows which don’t appear on free-to-air TV.

In Brisbane I belonged to a Blockbuster video library which had a dearth of TV on DVD options and I’d regularly spend my weekends binge-watching an entire series of… whatever. Indeed I discovered my love of Pushing Daisies,  Deadwood  and Entourage  via that store. 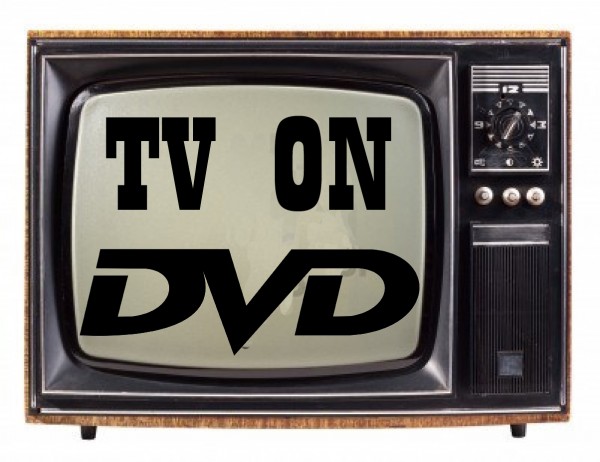 I’ve mentioned before that I LOVE TV on DVD. There’s no ads, no waiting for the next episode. It’s perfect for someone like yours truly who is heavily into instant gratification.

So as we drift into non-ratings period here in Australia and free-to-air TV becomes crappy… my search continues.

My own extensive research (ie. Google) has unearthed two (2) video/DVD  (#whatevs)  rental stores here in Hervey Bay so my cunning plan is to visit each and check out their TV on DVD supply and then join the one which has the most to offer.

PS. While writing this it did occur to me that I could join both video libraries – though for some reason in my little mind it feels traitorous. Somehow.