I was poised attractively in my armchair last evening – one leg stretched in front of me on my ottoman and the other thrown over the chair’s armrest, ensconced in my flannelette PJs featuring ducks and umbrellas (I know… WTF?! I mean everyone knows ducks don’t need umbrellas!), watching Graham Norton, scoffing mini toblerones and Cabernet Merlot when an ad for a new show appeared on the TV screen. 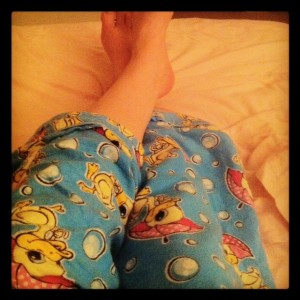 It seems that Australia is not to be spared the fly-on-the-wall reality TV show featuring a B, C or D list celebrity wannabe. No indeedy. Apparently we are soon to be regaled with the ‘being Lara Bingle’ show.

Now, quite frankly I really don’t know much about Miss Bingle other than that she was a model, featured in a much-ridiculed bloody-silly TV ad campaign and became engaged to an Aussie cricketer before ‘going their separate ways’ following the release of a nude photo which had something to do with an Aussie footballer. Whatever…. For all I know, the show and Miss Bingle may be quite entertaining. 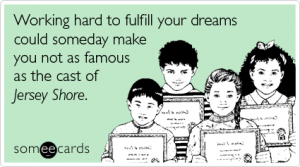 Rather, it got me thinking. About reality TV shows. Although the US has much to answer for on that front (Jersey Shore, and Housewives of Wherever leading to many similar shows o/s), we here in Oz jumped on that bandwagon back in 1992 with the muy-tragic Sylvania Waters.

I was intelligent enough to steer clear of the show at the time but vaguely recall it had some sort of following from those who probably also believe that The Real Orange County is quality viewing and were genuinely surprised that The Hills was indeed ‘scripted’ and contrived television. Egad! 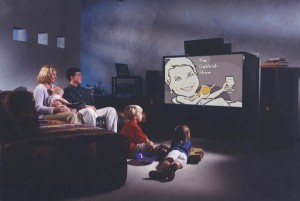 I started pondering on my own existence (as you do) and wondered how a reality television show of my life would appear to outsiders. I mean, I have no discernible talent or knowledge recommending me to the world, but that didn’t stop the likes of the Kardashians and UK celeb Katie Price (Jordan).

Perhaps I too could become famous for being famous. Or incredibly tasteless, overly tanned or just plain stupid. (Hello…!? Anyone remember Jessica Simpson’s famous ‘chicken of the sea’ quote. Let’s hope that one was scripted!) 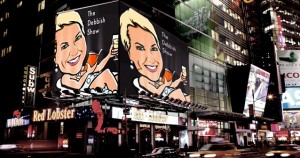 However…. this is where my dastardly plan for (reality TV) world domination (and great riches) hits a slight snag.

My life is… hmmm… how do I say this?! My life is somewhat pathetic.

I’m not quite sure if it would be riveting viewing. Let’s take this week as an example.

Last Sunday I played volleyball in the Corporate Games. A colleague lured me into it with promises of post game drinks and cute men from various organisations about town. Sadly, we played at 8am and were finished by 11am. Too early for drinkies. Plus, I’d hurt my knees in a spectacular show of athleticism stupidity so just wanted to go home and not-move. 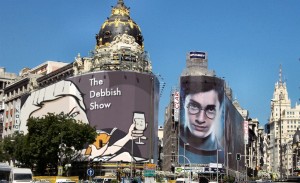 I did, however, console myself with a cheese-flavoured rice cake and chocolate feast that afternoon… so I guess that could have made for some exciting TV. Oh, and I scoffed champagne while soaking lying in an epsom salt bath (for aching muscles) which made my skinned-knees sting like hell! D’oh!

My working week featured minimal excitement. I can picture it now, scintillating scenes of me at my desk on my computer, talking to colleagues, lunchtime gym sessions. Not exactly how TV legends are made! 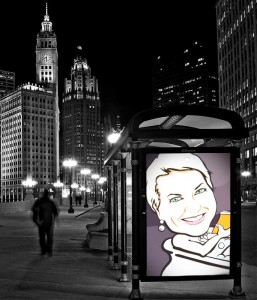 And as for my evenings. Well, um… I didn’t even last through 90 minutes of Poirot on Tuesday night before retiring early, but my library trip on Wednesday night, was definitely a high point.

And then on Thursday… such was the excitement of my four-day week drawing to a close, I read in the bath until after midnight. Woo-hoo!

But of course, my three-day weekend begins on Friday and that’s when I really cut loose.

My hair appointment first thing in the morning would have proved quite enlightening to viewers because I read trashy magazines and bitched with my hairdresser about how fat/thin, beautiful/ugly everyone looks. And naturally, my taste and opinion are most-excellent. Oh, and the Breast Screen appointment I had after lunch would probably have been the highlight of viewing pleasure. 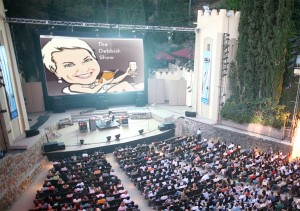 As for the rest of my weekend… well it involved some grocery shopping, scoffing of unhealthy food, TV watching and book-reading.

Alas… No stand-up knock-down arguments with siblings. No sleezy win-ons with girlfriends’ partners. No drunken lurching about the place (oh, wait… I’ve still got time for that!).

Shit! I’m realising how pathetically boring my life is. Gone are the clubbing days with my besties, who are all happily ensconced in relationships and marriages and stuff. And my hefty mortgage means that ridiculously extravagant shopping trips are out of the question, along with frivolous weekends away. (Although… does the drive to my sleepy hometown last weekend count?!) 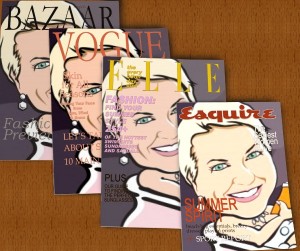 Of course, I could contrive a bit more excitement. I could engage in more gossip at work and sledge my boss or colleagues a bit. Or I could meet friends for a boozy lunch to swap stories of (former) sexual escapades, or have them bitch and moan about their husbands, partners and kids!

Oh, and I could spend more time with other people so there’d be (you know… ) a supporting cast as such.

The pathetic lives of others could make mine look far better. Although they’d have to be paid less than me. Of course. And I’d get the best lines. And the best clothes. Oh, and I’d have to be set up with some fabulously handsome star – desperate to increase his profile (and get his 15 minutes!). And naturally there’d need to be a no-nudity clause in my contract. That of course would allow me to earn gazillions doing a shoot for some *ahem* tasteful men’s magazine.

Oh… I can see it all now. Although no one picked up my fabulous idea for an Aussie version of Escape to the Country, I’m pretty sure I’m on the money here. I mean, how many voyeurs out there wouldn’t want to be privy to the life of an overweight unattractive single 44-year-old public servant who spends her spare time writing, watching television and reading. Television ratings gold, I tell you!

Photos of me made using Loona Pix