A couple of months ago I ‘reflected’ on some new TV shows about to hit our screens. At the time I was mostly excited about Dana Delany (of China Beach fame) returning to the small screen (in something OTHER than Desperate Housewives, that is) in Body of Proof.

I also, however, commented on a few other new shows about to start here in Oz. One of those was Suits. At the time I wasn’t exactly sure what the show was about. The TV ads hadn’t been very forthcoming in that respect. I kinda knew it featured the very-cute Gabriel Macht as lawyer and just-above-board shyster, Harvey Specter; and his protegé or recruitee, Patrick J Adams as Mike Ross, a faux Harvard graduate who fakes his way into Macht’s law firm.

I was visiting my parents for a long weekend when the show first aired so had to convince my mother that she REALLY wanted to watch the new show, taping whatever else she would usually watch. “What’s it about?” she asked. “Ummmm….” I responded. Cos really, I had no friggin’ idea. 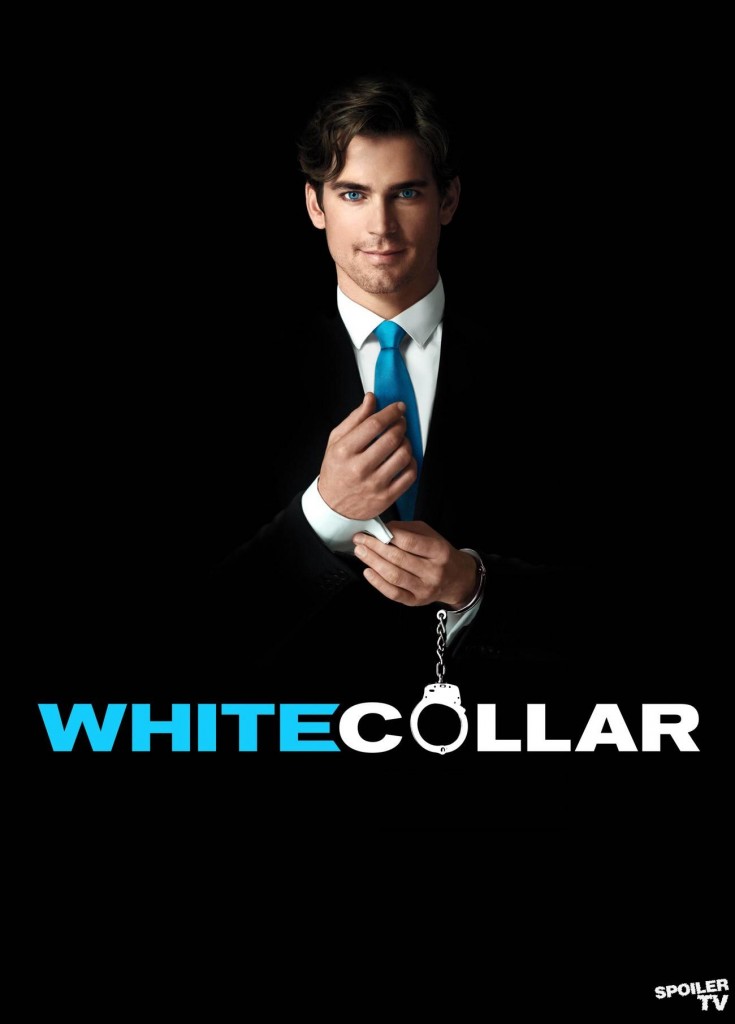 What I did tell her, though, was that there was something about the 30-60 second snippets interrupting my usual television viewing, that reminded me of a show we both like, White Collar… and not just for the eye-candy factor. White Collar, for the uneducated, is a show about a FBI agent who recruits a convicted con artist and serving felon, to assist solve ‘white collar’ crimes. The show’s characters are all super-intelligent and know their craft – whether it be law enforcement, or art theft and counterfeiting. The show’s cute felon, Neal Caffrey (Matt Bomer) often goes undercover and role-plays with great gusto and expertise. Naturally despite many close scrapes he always comes out on top and generally has a few tricks up his sleeve. And, did I mention he’s cute? 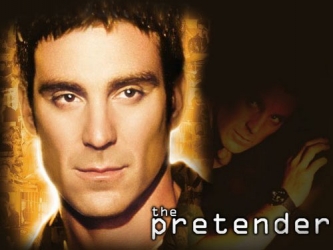 And… in case that didn’t do the trick I told her the ads also reminded me of another show which was an old fave of ours – despite its mid afternoon timeslot, the fact that it was highly unbelievable and went a season or two longer than it perhaps should have. The Pretender ran from 1996 – 2000 and featured Jarod, played by Michael T Weiss, as a child prodigy who was taken from his family and raised by an institution. Having escaped from ‘The Centre’ as an adult, insanely smart Jarod had the ability to become anything and do anything… or at least anything he could turn his mind to.

Of course I was quite wrong about Suits. Our young genius doesn’t go about adopting various personas or roles. Instead, he is a young man with a photographic memory, but without a law degree (who, however, makes his money by sitting exams for law students) who gets hired by one of New York City’s top ‘closers’ (Macht) to be an Associate at a law firm that only hires Harvard Law alumni. 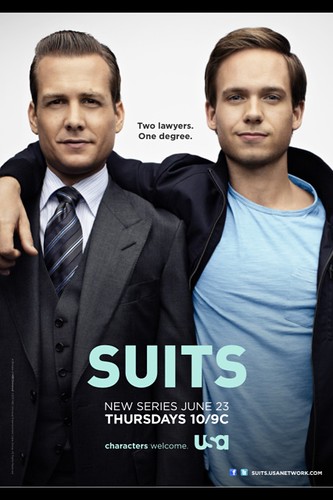 I have to say, when it premiered (and I had convinced my mother to watch the show) I was shocked at how much I (we) enjoyed it. Although it was a double episode I seriously didn’t want it to finish… and I don’t think that was the midweek (holiday time) red wine talking.

In fact, the first season has now just finished here in Oz and I enjoyed it all. Sure there are annoyances, and it is a tad predictable: from the get-go, you know that Mike Ross’s drug-dealing childhood friend is going to somehow disclose Mike’s secret… and quite frankly, Mike getting together with the friend’s ex probably wasn’t going to help. There’s the inevitable office romance with a hard-done-by paralegal who won’t get involved with a colleague (until she sees him with the aforementioned girlfriend).

But there’s also a lot to like about the program: Harvey’s office nemesis, the very sleazy Louis Litt (played with cringe-worthy expertise by Rick Hoffman); and the mentor /protegé bromance between Harvey and Mike. Perhaps it says something about me that I continue to be surprised that Harvey is not threatened by his genius and often-butt-saving Associate. The relationship itself offers something genuine; mutual respect and admiration, but at a distance.

As it happens, the show wasn’t at all what I was expecting. Even now it’s hard to describe. It isn’t a ‘mystery’ or crime-solving type show (unlike the myriad of forensic, coroner and cop shows on television at this point in time). It is probably more in the vein of the old school The Practice, LA Law or more current counterparts, The Good Wife or Drop Dead Diva… where our talented lawyers unearth the truth just before their clients are found guilty, thereby saving the day. Oh, and making shitloads of money for their firm.

Although it’s departed our screens for the time being, I note that it has been renewed for a second season. Which is all kinds of good news.