Although it was accidental I binge-watched season two of the Netflix TV show Stranger Things when it launched last Friday.

I enjoyed the first season but read a review just days before implying S2 offered nothing new so was a bit worried.

As a result my expectations were low but I was pleasantly surprised. And I did decide to go to bed on several occasions but each episode ended at a cliffhanger, willing me to continue watching. So I did.

Something popped up in one of the early episodes though (the second I think). And – spoiler alert – though I think everyone knows Eleven (Millie Bobby Brown) returns in S2 it’s in a scene where local Sheriff Jim Hopper is teaching her a new word. I wrote it down because I liked the way it’d been explained and decided it could form the basis of some more detailed consideration (which won’t surprise those of you accustomed to my over-thinking ways). 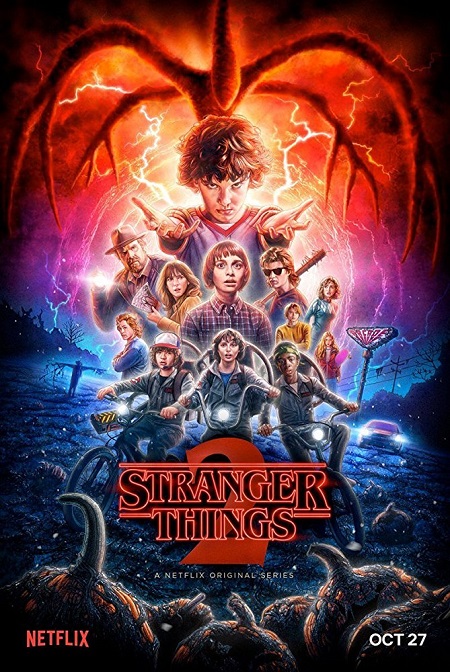 1. The art of compromise: being halfway happy
Although it’s a bit like Sesame Street and the concept of cooperation (which I seem to remember being rammed down our throats), Hopper teaches Eleven about the act of compromise. (And is that something we need to learn in life or what?!)

But when doing so he explains that it means ‘halfway happy’.

And I loved that. It’s a less negative option to the way I usually view the word and it somehow resonated. (Hence me getting my lazy self off the sofa to write it down!)

It made me focus more on the ‘trade-off’ element of the word (and life in general) and fact we’re still getting something good, rather than the fact we’re giving up our ground or something.

2. Trust is important
There are a few new faces in this outing. Some completely irrelevant, and Roman / Kali / Eight I’m looking at you. However a fairly central new character is introduced in the form of Max (as an aside, Max’s older sibling Billy seemed to be a bit of a waste of TV time and space – his existence, not just because of his lack of likeability).

Some of the boys are reticent to accept a new member and of course Mike is pining for Eleven and doesn’t want anyone to replace her, but Max’s arrival is ultimately a reminder that things change and sometimes we need to accept new people into our lives and put our trust in others.

3. Half-truths are sometimes more palatable
This bit is a big spoiler so I won’t go into detail but one of the characters (Nancy) is keen to reveal some of the nastier secrets of the Hawkins Lab and government conspiracies. She goes to great lengths in an attempt to find evidence, keen to get closure for her friend Barb’s family (spoiler: Barb suffered a dire fate in the first series).

Their story is – of course – so outrageous that the conspiracy theorist / whistle-blower they approach suggests they temper the truth; make it more believable and palatable.

I wondered briefly it was unjust. If those involved should be outraged. Instead I realised it was a reminder that sometimes it’s best to give people only as much as they can handle.

I gather Netflix has already committed to two more seasons but realise we’ll be waiting a while for the next installation. I must admit I was surprised at how easily and quickly I was drawn back into the lives of those in Hawkins and their ‘Upside Down’ (alternate reality, kinda). I suspect having an end date will mean the series isn’t overly drawn out and makes it easier for the Duffer brothers (the series’ creators) to give us a story arc that retains our interest and enthusiasm.

Are you a fan of Stranger Things? Are you as enamoured as I am about the concept of compromise being ‘halfway happy’.

I’m linking up with the IBOT team today… blogging on a Tuesday for something completely different.