Ratings season must be over as I notice that a few new shows are hitting our screens here in Oz this week as the regulars end their seasons. I am hoping they hang around for a while as I am rather tired of becoming enamoured with shows and characters only to discover that the program was – in fact – axed before it even graced our screens or while it was still being promoted here as ‘the next big thing’. 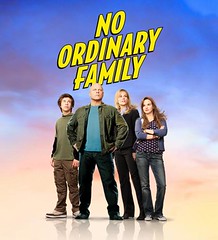 Most recently this has been the case with Outcasts, Detroit 1-8-7 and No Ordinary Family. I learned my lesson fairly recently as one of our digital channels commenced telecasting a show called October Road which I got kinda involved in… only to be left in limbo when the end of Season 1 cliffhanger became the last ever episode. Note to self: Google new shows to check for longevity before coming addicted.  Fortunately, in the case of October Road, there was (apparently) a wrap-up mini episode included on the DVD when released, which I didn’t see, but was able to read about – so I did get my ‘closure’ after all.

Law & Order LA* has just premiered here (not so fussed, give me Law & Order SVU and Criminal Intent any day). And this week, Criminal Minds Suspect Behaviour* and Body of Proof start, with Suits due to hit our screens shortly (according to the relentless ads).

Although I’m looking forward to the treat that will be the v.gorgeous Gabriel Macht in Suits, it is Body of Proof that has my attention, not least because its star, Dana Delany, graces the cover of the local TV guide this week. But also, and more importantly, because I haven’t seen any of her work for a while.

I must admit that I know she was in Desperate Housewives, but gave that show a wide berth after Season 1 as most of the female cast appeared to have had so much surgery they’d become plastic caricatures of themselves and – in my mind – beyond taking at all seriously. 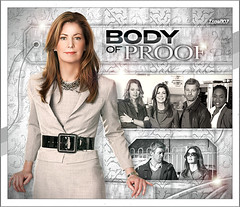 So, this will essentially the first time I have seen Dana Delany in action since the TV show China Beach in the late 80s – early 90s. And… I LOVED that show. Love love loved it! In fact, if anyone ever asks about shows I don’t have on DVD, but would love to own, China Beach and Thirtysomething would be the two I would choose. Both were shows that – from the moment they started – (for reasons unknown) gave me great comfort and contentment.

I’m not sure how realistic the show was when it came to the Vietnam War, though it was certainly more confronting and realistic that it’s comedic Korean War medico predecessor, Mash; but either way, at the time it gave me some insight into a world to which I had not been privy. And, even better, it was fairly brutal in its honesty and gave us some excellent female characters, from the ambitious journalist, to the hardened hooker, to Delany’s flawed but passionate Nurse Colleen McMurphy. 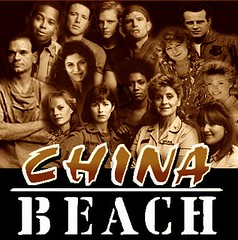 It didn’t sugarcoat the lives of the American medical staff, or the cases they worked. And it didn’t downplay the impact of what they saw each day had on their minds/emotions. I still remember being surprised that the characters basically all got pissed every night. And, of course, we see the impact of that in later episodes. It’s all been said before, but I believe Delany was A-M-A-Z-I-N-G in the show. In fact the entire cast was great and the writers and directors gave us a believable and complex ensemble of characters.

I’d love to be able to watch the show nowadays, to see if it still pulled the same punches now I am older and more jaded. It felt authentic, so I suspect it wouldn’t have dated too much. But I read somewhere that, the reason it isn’t on DVD or available via cable etc is that the show used such great music from that era, that the rights to it all would be too expensive to buy. A bloody shame!

After my extensive research (Google yet again), Delany’s now show Body of Proof, appears to have been picked up for a second season which bodes well and means I can watch it this week and allow myself to get a little attached.