With final year high school students around Australia finishing up I’ve been thinking about my own teenage years. Sure, there are A LOT of things I’d like to go back and do differently, but if I was to have to be a teenager again, I’ve decided I’d want to be a teenager in a movie: with a whole bunch of talented screenwriters to make me sound intelligent and witty. 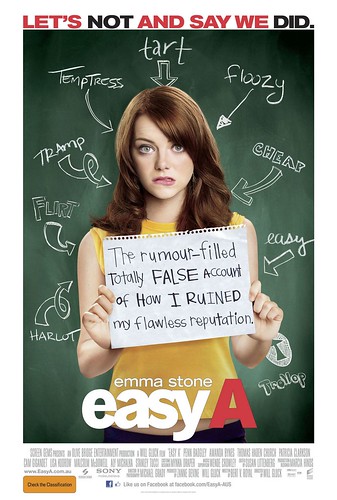 I just rewatched Easy A a couple of nights ago and even though I’m in my (ahem) early forties*, I found myself coveting the dialogue of 18 year old Olive, played by the very gorgeous Emma Stone (who I personally think looks better as a brunette!).

Olive’s dry sense of humour and witty repartee remind(ed) me of Ellen Page’s Juno in well, ummm…  Juno. I realise that my dialogue-envy is ridiculous and what I’m seeing are the mouthpieces (albeit talented and beautiful) for some amazing writers, but still, I find myself wondering why I can’t come up with such brilliant and breezy banter in my everyday conversations.

I’ve talked a few times about my love for Buffy The Vampire Slayer. The TV Series I mean (obviously), not the actual Slayer, cos well… I KNOW she’s not real. REALLY I do!

During my most-recent rewatching I found myself constantly pausing the show to write down one liners or quotes from the teenage characters. (Note that I felt less compelled to do this as seasons went on – whether I became immune to the writing or it wasn’t as impressive, I cannot decide!) 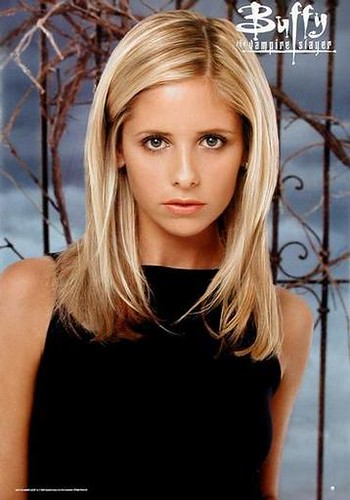 It occurred to me that – when it comes to TV and movies – I’m all about the writing. Of course the acting and photography etc are important, but without decent scripts they’d just be going through the motions.

The movies/shows I love the most (and incidentally own on DVD!) are those which I have to watch with the subtitles on, so I don’t miss the amazing dialogue or narrative on offer.

West Wing, Sex and the City, Deadwood, Buffy, Pushing Daisies, Big Bang Theory, Miss Fisher’s Murder Mysteries  and Firefly are all shows which require me to pause them to literally note, or appreciate lines or phrases….

I recall watching some extras on one of the Buffy DVDs and there was some discussion about the scripts and amazing writing – resulting in the much-lauded Buffy-speak / Slayer slang.  Someone commented on the fact that there were a lot of very smart and talented adults sitting in a room creating dialogue for a bunch of high school kids. What teenager wouldn’t like that?!

In fact, wouldn’t we all love that… smart and creative people sitting around putting clever words in our mouths?!

* I’m gonna keep saying that until I turn 45 at Christmas, when I will be in my early-mid 40s!