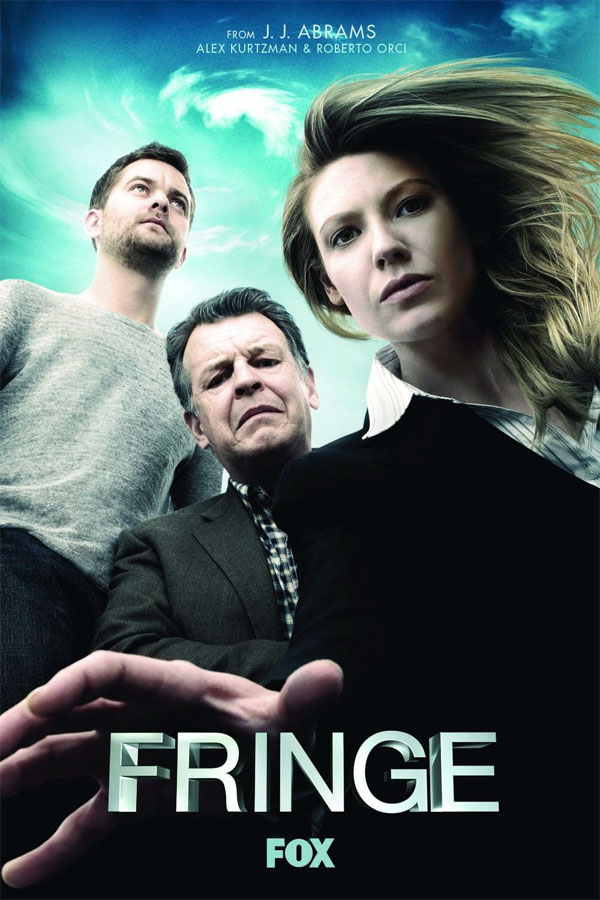 Season 3 of Fringe started on television here in Oz last week and I must admit to gleefully anticipating its return.

Although I missed Season 1 when it first screened, I discovered the show via DVD just before Season 2 commenced and have been a convert ever since.

In fact, I wrote about Fringe before, contemplating the concept of an alternate universe and the ‘sliding doors’ theory of a twin ‘me’ living a parallel life in a parallel universe out there… somewhere.

I for one, wonder about paths not taken as I get older and (unsurprisingly) suffer regrets – as I am sure most of us do.

But as a new Season dawns and Fringe starts to unravel, I find myself perplexed with the shift in storyline.

As I indicated in my earlier blog, the premise of the show is that there is (in fact) a parallel world; an alternate reality populated by our identical selves going about their business.

Tantalising isn’t it?  I mean, who would we be?  Or more importantly, who COULD we be?  Again, I have to admit that the idea is somewhat comforting as I can only hope that the other me is living a very fulfilling life; taking more risks; following her heart; being happy (etc etc).

So, with so many possibilities I find myself slightly disenfranchised now that we have finally come across the alternate universe in Fringe.  It turns out that our key protagonists are actually doing the same bloody thing they are doing in our world; AND with the same people.  WTF?  So far the only difference between the characters in the alternate world is that their values are slightly screwy.  Oh, and plus a couple of them are dead. 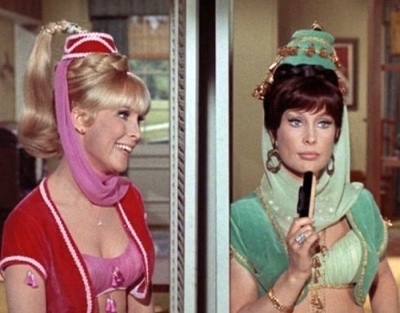 It is a risky move for the writers and producers.  I for one am struggling to ‘care’ about Anna Torv’s fake Olivia who has infiltrated our world while the real one remains stuck in the alternate world.  Although it may be a refreshing change for the actors, it’s a bit like Barbara Eden playing her twin sister in I Dream of Jeannie and Elizabeth Montgomery playing her scheming cousin in Bewitched.  You know they are the same actor, but you just don’t care. I guess that’s the point of the two quite-different personalities.  But I don’t even want to watch the alternate Olivia.  I just want her to die! 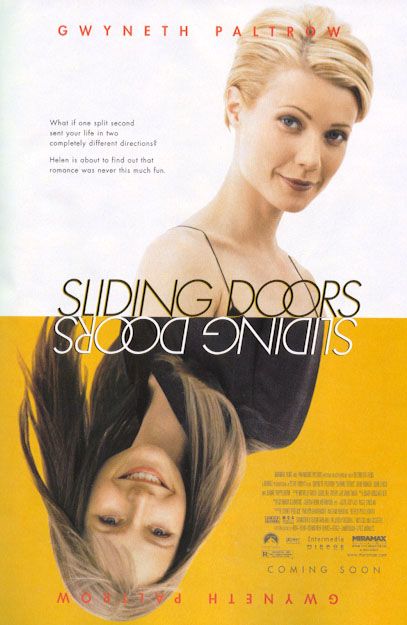 Meanwhile (rant over), back to my point…. In contemplating the turn of events in Fringe I am reminded of Sliding Doors, also referenced in my earlier blog.  In the movie, Gwyneth Paltrow’s Helen basically ends up in the same place in both versions of her life.  Only her experiences in getting there vary.  (Oh… and the haircut.)

While this concept of a parallel universe is not new to film, television or literature, it is quite frankly a bit beyond the realm of my expertise.  I could not get my head around the theories postulated in What The Bleep Do We Know, so I figure it’s best left to those into quantum mechanics, neurobiology and human consciousness – and stuff like that.  Instead I am finding myself more intrigued by this concept of fate. I mean, is our destiny pre-determined?  Perhaps the journey in each world varies, but our destinations are the same, no matter what decisions we make or roads we take.

Fate: I can’t work out if I am disappointed (that we have no control over our own destiny) or relieved (that it doesn’t matter if we make wrong choices) at the concept.  But while the notion of an alternate reality remains the stuff of imaginative authors and screenwriters, I must admit to taking some solace in the hypotheses of these works of fiction. As a natural worrier I like the idea of fate and of responsibility being taken out of my hands.  I mean, Phew.