Is it just me, or does everyone else get a little shiver of pleasure when watching Revenge?

I mean, our lead character, Emily / Amanda, is seriously getting to live out every single person’s fantasy is she not? Be honest; how amazing would it be to have sufficient wealth to wreak havoc with the lives of those who’ve ‘dissed’ you or pissed you off in some way AND have the smarts to do it. 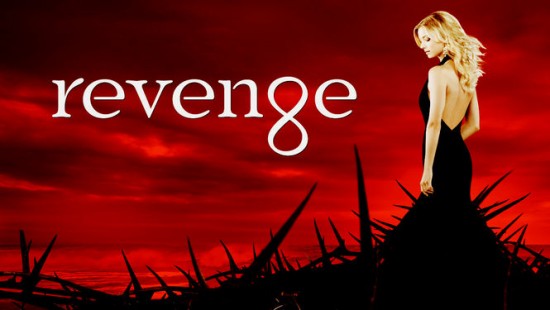 I’m sure most of us have fantasised about becoming richer, more attractive (etc) and returning to haunt an old flame who passed us over or dumped us. It’s human nature. Surely!

We must be almost at the end of the show’s first season here in Oz and I’m avoiding reading anything about cliffhangers or season two and so forth as I want to savour the salacious joy I get from each knife-twisting episode of the show. One one hand I wonder how long they can continue to eke out the revenge-for-what-you-did-to-my-daddy storyline; but on the other… part of me just doesn’t want the show to end!

When Revenge first started here similarities were drawn to an Aussie show from the 1980s, Return to Eden, in which young-philandering husband literally threw his frumpy, though wealthy (older) wife into crocodile-infested waters before jettisoning off to start a new life with her money and best friend.

The jilted croc-mauled wife in question made herself over (you know… lost weight, had plastic surgery – the usual stuff) before becoming a supermodel (as you do in TV-land!) and returning to wreak HER revenge on the murderous husband and former BFF.

Obviously, decades later, the US-made ABC show understandably does it better and its the setting, The Hamptons, with its beautiful people and old money adds to the show’s allure.

But what I love most about Revenge are the twists and turns we take each week as Emily / Amanda somehow remains several steps ahead of the game, her chess pieces falling into place before our very eyes, preempting the moves of her opponents! 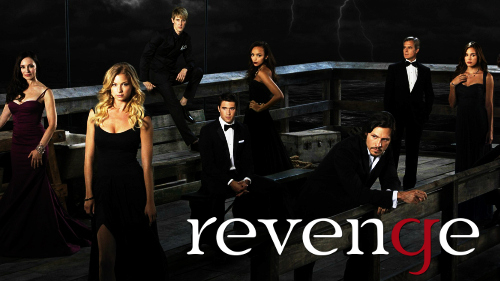 The deviousness of those who ‘done her wrong’ is only matched by her own savvy and a neverending band of co-opted helpers. I’m not sure I’d have the cunning or the courage to play people like the aforementioned chess pieces, but wouldn’t it be fun?

So, where would I start? Hmmm….

The sports coach who made me feel like I was never good enough, or not as good as anyone else?
The feral girls at high school who bullied the rest of us?
The difficult boss(es) who made my working life miserable?
The guy who didn’t return my calls, or want me (enough)?
Friends who weren’t there when I needed them?
Those who were mean to my loved ones?
Or people who were just rude and pissed me off?

Okay… so it could be said that my list is somewhat pitiful. Like everyone I’ve been through some crap and like most people I have a temper and do wish the worst on people sometimes (oops!).

But, other than suddenly becoming slim and beautiful, my blogs becoming unbelievably popular and thereby affronting everyone who’s ever thought bad of me; my revenge fantasies are a tad underdone.

So I wonder, when is revenge called for; and when does payback become pathetic and petty?
Whose lives would you wreak havoc on?