If I weren’t so lazy I’d check to see if the powers that be have added Netflix to our dictionaries as a verb. Cos it’s a popular thing to do nowadays. Or at least as popular as running and dieting. Particularly at this time of year.

Regular readers will be aware that after almost 4yrs of paying exorbitant amounts for a meagre and unwatchable (analogue) pay TV service, once I moved into my new place I got Netflix, well… after procrastinating for a month or two as I am wont to do!

Now, my reading habit means I don’t watch at much TV as I once did. And my ‘no TV / reading during the day’ rule is problematic as well. However I have managed to enjoy a few shows in the two months since Netflix arrived on my TV screen nonetheless. I’ve always been more of a fan of TV shows than movies and have talked here (often) of my binge-watching habit, so naturally I thought you’d be interested in my thoughts. #yourewelcome

1. Luke Cage
Although not a fan of superhero type shows I loved Jessica Jones – which I watched via a friend – so thought this would be up my alley. But, though it started well, it kinda petered out into something I had to ‘force’ myself to watch. Despite a lot of antipathy from viewers I’ve heard it’s coming back for a second season so I’m sure I’ll give it another try; but am hoping they’ve learned from the mistakes of season 1! 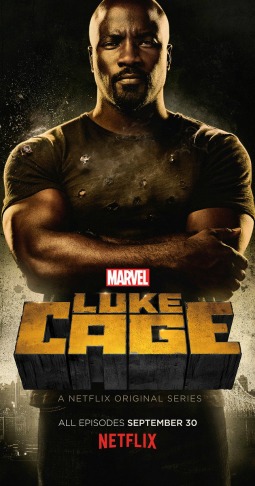 2. The Crown
Every man and their dog… or at least a few friends told me I HAD to watch this drama about the British royal family. And it was enjoyable. I read somewhere (that) it was the second most expensive series ever made. Which may, or may not, be true. The acting is great, sets amazing and I learned shitloads about English history. I probably didn’t love it as much as some. My mother – for example – remembered many of the events of the drama series and I’m imagining ahead to series 5 or 6 when they get to the decades with which I’m familiar. I’ll definitely be tuning in for more and hope season two doesn’t take TOO long. 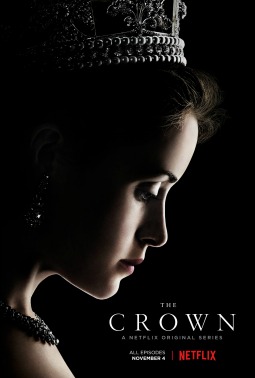 3. Black Mirror
People rave about this show and I went into it unprepared… knowing nothing about it and was – therefore – disappointed. Bizarrely one needs to start watching the show in season 3 (seasons 1 & 2 were perhaps false-starts or a show with the same name or something…) The show purportedly examines the ‘dark side’ of technology and the first episode alone is kinda scary for those whose self-worth reflects their Facebook or Instagram likes. The show is akin to Twilight Zone in many ways. Each is a stand-alone episode and one should not necessarily expect closure. I’ve only watched two episodes so far. I won’t rush back for more, but ‘may’ tune in when bored at some point. 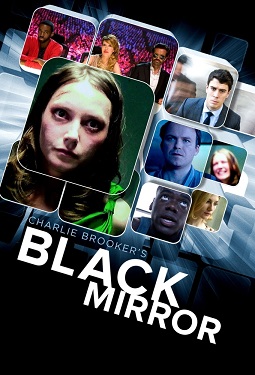 4. The OA
Like everyone in the world, I got the email from Netflix to say this new and fabulous show was available to watch just before Christmas. So I watched it. There are only eight episodes, so it’s time-limited and my thoughts remain mixed. It’s essentially the story of a woman (now in her 20s) who returns 7yrs after her disappearance. She’s cagey with the police and FBI about her kidnappers / where she was and even more inexplicably – she WAS blind but can now see.

I enjoyed it enough to want to keep watching but wasn’t sure I could suspend disbelief enough to really accept the tale we’re spun by the lead, Prairie Johnson (aka the OA). Although I don’t read science fiction or fantasy I actually watch a bit of it, but this was a stretch for me. It had (and still has) potential but is also a tad ridiculous. Watch it at your peril. 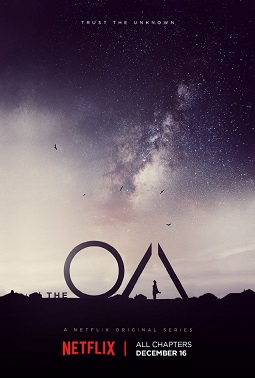 5. Stranger Things
This is my fave Netflix discovery by far. I’d heard great things but knew little about the show. I described it elsewhere as a cross between Stand by Me and The X Files. It kicks off when a young boy disappears from a small town and a range of ‘strange things’ start happening, including the appearance of a young girl, (Eleven), with unusual abilities.

It’s weird but saved from infeasibility  (unlike The OA) by the presence of its bad guys (mad government scientists) and conspiracy theories. I adored Millie Bobby Brown’s Eleven who tore my heart out every time she was on screen. The kids were great. The adults were great. I was occasionally confused and may not necessarily have understood what happened in the end, but that’s okay. I’m in! 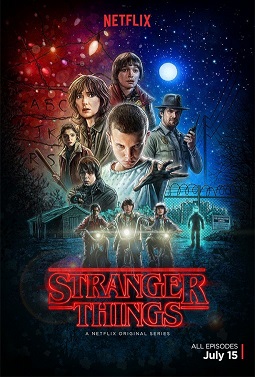 6. Brooklyn Nine-Nine
I only discovered this last cop show weekend when I was babysitting a friend’s kids on NYE. I should mention I’m not great with comedies as I usually find them too obvious or slapstick. They have to be clever and (thankfully) this certainly is.

Having said that, I rolled my eyes a lot and realise it MAY be an acquired taste. Fortunately I saw about eight episodes so was entrenched in the ways of the ensemble cast by then and have watched more since returning to my place. I watch a lot of detective shows so watching one that’s funny is something quite different, but the half-hour episodes means it’s well paced and quite addictive. 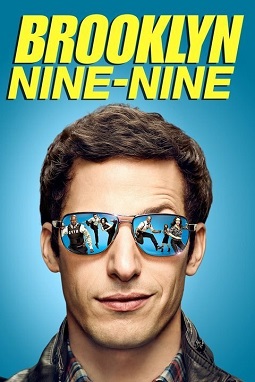 7. The Fall
I intended watching this when it appeared on SBS TV in Australia some time ago, but missed recording the second episode so didn’t bother at all. It’s kinda troubling in reality, and my response to the fact that one of the lead characters is actually a psychopathic serial killer, is interesting. For that reason I haven’t binged on the show and am only two episodes in, but as there are only five episodes will probably continue watching to see where the show goes.

Gillian Anderson plays a (somewhat arrogant and annoying) English investigator who arrives in Ireland to review the case of a murdered woman and soon discovers an unsettling pattern. I know there are second and third seasons so can only imagine where that takes us – the killer is either not caught; there’s a new lead perhaps; or it’s like The Following (and Silence of the Lambs / Hannibal) where the baddie continues to play games with our detective/s from behind bars. 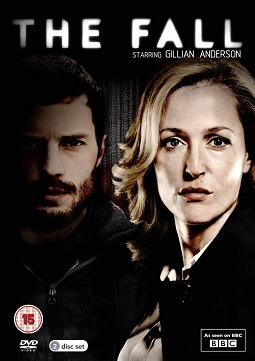 8. Bloodline
This is another show I’m watching because of word of mouth, but I’m only two episodse in. I’m not sure I’ll binge on it, but it might grow on me. This show starts with the return of a family’s black sheep to the fold. Basically he’s a fuck-up and his siblings are wary about his motives (for returning to help his parents with their hotel in the Florida Keys). And – because the show’s told in a circular type format, where we’re given glimpses into the ending – it seems the black sheep dies or is killed some time in the near future. Of course we viewers need to know how and why, so will keep watching until we find out. 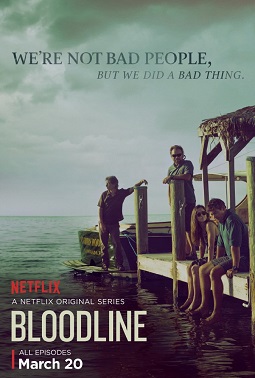 I should mention I’ve also been catching up on some shows I started watching on DVD before my local Blockbuster closed (Continuum and Falling Skies come to mind) and a few are still ongoing… such as The 100 , The Unbreakable Kimmy Schmidt and Vikings.

It’s summer here in Australia so school children are off school for a couple of months and our free-to-air channels are rife with cricket and tennis. Quite frankly I would rather poke my eye out with a blunt stick than watch sport, but I needn’t cos now there’s NETFLIX!

Any shows you can recommend on Netflix? Old ones or recent releases?