The culprit is yet to be identified… but I swear someone in one of my social media networks suggested I watch a TV show called Lost Girl. And if I ever find out who’s responsible I’m gonna kill them. Well… at least rant a little.

Though I don’t read fantasy / science fiction / dystopian fiction I enjoy watching it and some of my favourite shows fall firmly into that genre.

However, I’m now reminded that—like my reading fodder—my enjoyment boils down to a number of factors. And #spoileralert… Lost Girl fails on several fronts.

I’d been waiting for season 3 of The Newsroom and season 4 of Continuum to come on sale before spending the last of a gift voucher I received last year. Alas, during my store visit last week, neither were on offer so I picked up seasons 1 and 2 of Lost Girl. Like I said I’m SURE someone recommended it to me.

I knew little about it, but had enjoyed the likes of Deadwood, Orphan Black and The 100 based on the suggestion of others so figured this would pan out the same. 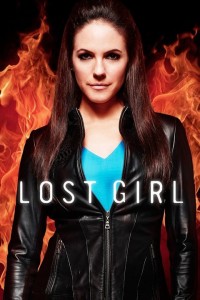 Bo is a small-town girl on the run after a disastrous sexual encounter with her boyfriend ends with his death. Bo learns that she is not human, but a succubus, who feeds on the sexual energy of humans. She and her kind are members of the Fae, creatures of legend, who walk among humans and feed off them in different ways.

As she searches for the truth about her origins and runs from her inhuman urges, she vows to help those she meets along the way — human or Fae — who need to right a wrong.

The show seems to be a cross between Buffy (The Vampire Slayer) and Grimm. Bo, like Buffy is a quirky, occasionally inept but empowered female hero. Which is great, but without Buffy’s support cast and freakin’ amazing scripts Bo and her show struggle.

I might struggle to suspend disbelief when I’m reading but as a fan of Buffy, Jessica Jones and the like I can obviously eventually get past the whole superheroes-aren’t-real thing. However…. the problem with Lost Girl is that the lack of believability in the plot (ie. the whole Fae thing!) and characters is exacerbated by other factors.

Anna Silk as Bo is stunning and I LOVE that she’s not-young. Indeed I was horrified at those on the IMDb message board complaining that she’s too old for the role. I do agree however suggestions the role itself could be evolved up a gear. She’s been around the block so really doesn’t need to be such an ingénue!

Kris Holden-Ried (yes, that is apparently how you spell it) is kinda ruggedly handsome as the werewolf-slash-detective and one of Bo’s love interests but the character’s somewhat predictable and one-dimensional. And Zoe Palmer as Laura—Bo’s other love interest—I find even less inspiring. 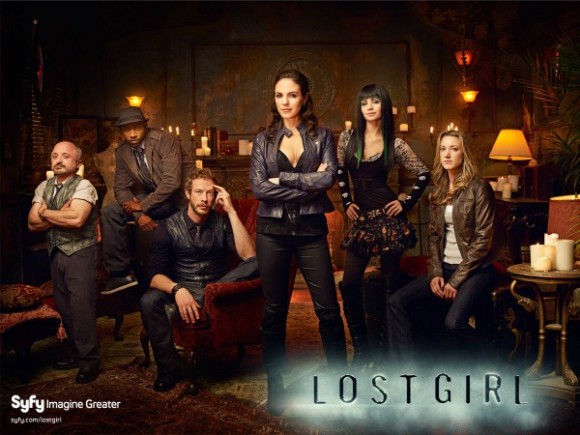 In fact none of the characters are particularly convincing and it’s hard to tell whether it’s the cheesy scripts or the acting that’s the issue. Possibly both. My favourite character without a doubt is Ksenia Solo’s Kenzi—who seems to get the best lines and is able to deliver them with deadpan sarcasm.

There’s a stack of regular cast members and I’m sure others will come and go but I’m only 1/3 of the way through season one and am REALLY gonna have to force myself to keep going.

I’ve struggled with a few shows this year: Limitless, Arrow, Madam Secretary and Falling Skies; to name but a few and it’s usually a combination of factors.

Occasionally there’s a redeeming feature and, for example, I’m hanging in there with Quantico because the plot’s strong enough to keep me vaguely intrigued.

Lost Girl, on the other hand, lost me in episode one. But I’m not a quitter (if you don’t count dieting, exercise, freelancing or writing 😉 ) so I’m determined to keep going as I know the show has a lot of fans and perhaps I’ll regret my harsh words (and returning season two unopened). The show’s now finished up after five (yes FIVE!) seasons so there must be SOME redeeming features!

Any Lost Girl fans out there? What am I missing?
Other than the acting (and characters), scripts and plot… what do you look for in a TV show?