I watched Palm Springs (the movie) a couple of days ago. I like Andy Samberg in his role in Brooklyn Nine-Nine but actually had little idea what the movie was about. I figured it to be some sort of rom-com. And it is… kinda. Except with a groundhog day theme activated by some weird phenomenon in a desert cave.

But if you ignore the mystical element (required if you’re a logic-lover like me who needs to understand how and why) it’s a really enjoyable movie.

I found however that I was struck by something more profound than I expected from a light romp.

As the movie opens Nyles (Samberg) is already stuck in the time vortex where he’s attending a wedding with his girlfriend and has been through the loop countless times, when Sarah (Cristin Milioti) accidentally follows him in. Both of them are now stuck in the day that repeats over and over. After Sarah’s initial attempts to get herself out, Nyles and Sarah bond (yes, it IS a romance) and they start having fun with it. 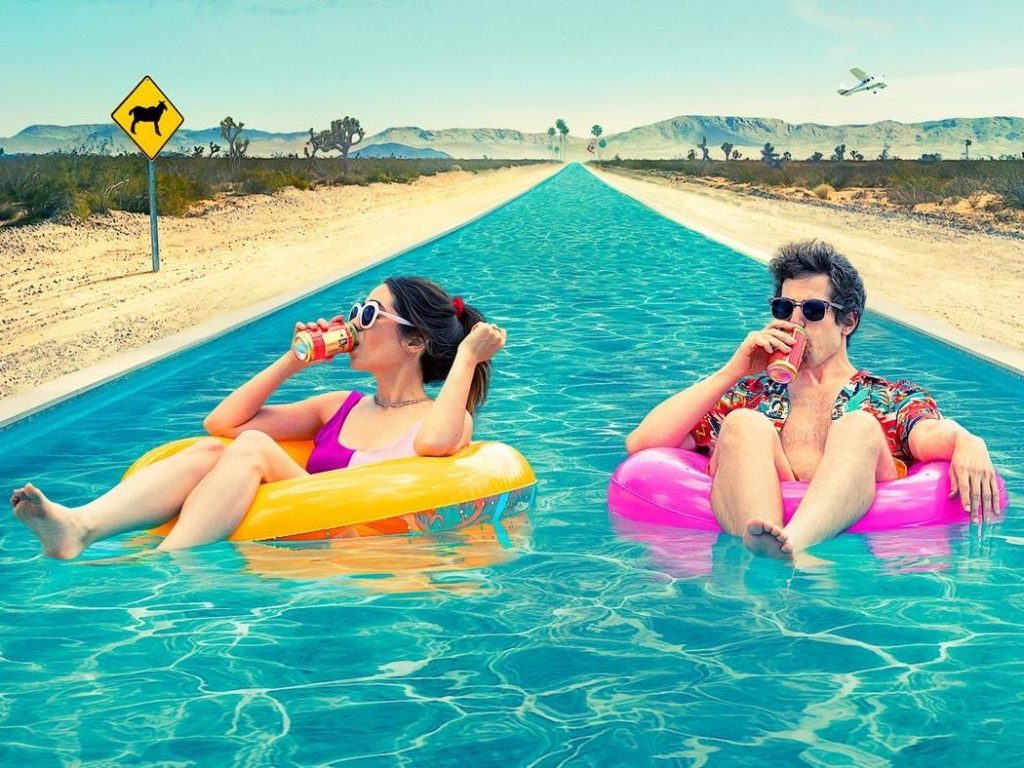 They don’t need to worry about repercussions which gives them an amazing sense of freedom. Of course they could use that for evil, but don’t. Instead they live in the now. I’m not sure they are ‘fully present’ (which the gurus would tell you one should be when living in the present) but they certainly aren’t bogged down by past regrets or future worries.

Better still, they make the best of what they have. Obviously having a playmate helps Nyles get through the experience but after realising there’s nothing they can do, they start to enjoy themselves. There’s a montage of the pair going out and doing crazy things and waking each day excited about what lies ahead. It’s a stark contrast to earlier scenes in which each woke exhausted by the idea of the day repeating itself.

For me it was a reminder that we’re here no matter what. We may be unemployed, overweight, not necessarily contented but the old adage that we CAN control our reactions hits home. We can wallow, which I’ve done my fair of lately – unhappy with life, others and myself – or we can accept what we’re given (though knowing it might change and perhaps still pursuing something else) – and make the most of it. Cos, the time will pass anyway.*

Are you good at ‘making the most of it’?
I must confess I also pondered what I’d do if I knew I could get away with it and it’d be erased by the day repeating itself! Your thoughts?

* Quote by Earl Nightingale: Never give up on a dream just because of the time it will take to accomplish it. The time will pass anyway.

PS. It’s been a while since one of my lessons from TV/movie posts. I had initially planned to combine them into an ebook or similar but am far too lazy.