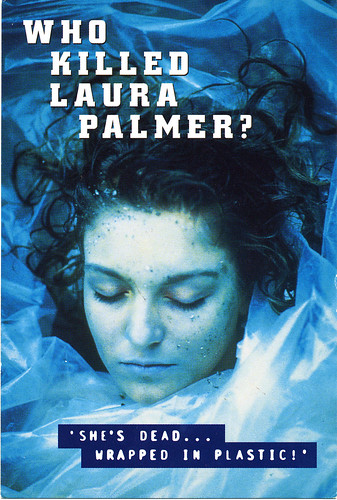 It’s been a long time since Twin Peaks graced our small screens and everyone walked about wondering who killed Laura Palmer and quoting the heavily-accented ‘wraaaped in plaaaastic’ line from the show. I was a devotee from the start and loved its quirky, plodding but dark storylines. Well, initially at least. I could cope with the concept of ‘evil’ invading someone’s soul and log ladies but once we got to dancing dwarfs I suspect my interest started to wane a bit. Pragmatic most of the time, I needed a tangible ‘evil-doer’ and – quite frankly – I think I got kinda confused by it all.

I like quirky. Sometimes a show takes a while to grow on you (aka Pushing Daisies) but other times you take to it straight away (Northern Exposure – which however, I believe, lost its sheen over time). Like most people, I get a bit sick of the same ol’ stuff on our television screens which is why, when a show comes out of left field and is halfway decent, I get quite excited.

This past week I’d circled something in the TV guide – yes, I am THAT pathetic that I study the TV Guide each Sunday, deciding what to watch, TiVo, ignore etc (I am single and live alone after all. Although in my defence, I am cat-free!) – that I remembered to watch and found kinda seductive. (Although I did have dreams / nightmares about dead bodies all night!)

The Killing is dark and depressing; and appropriately set in wet and miserable Seattle. Like Twin Peaks it follows the investigation into the death of a local teenager (although I’d be surprised if there’s a red curtain and dancing dwarf lurking about!).

The main character, Sarah Linden (Mireille Enos) is a well-respected detective who we meet on her final day before she ‘retires’ to follow her fiance to California; but is convinced to delay her departure and pulled into ‘one more’ investigation. Linden is partnered with her replacement (Joel Kinnaman as Stephen Holder) and – as is often the case – the pair couldn’t be more different. I’m not sure yet if any romance ensues, but I kinda hope not… and that’s not just cos he doesn’t do it for me, more because I like to think it’s not the sort of show that needs bells, whistles and even more tension. 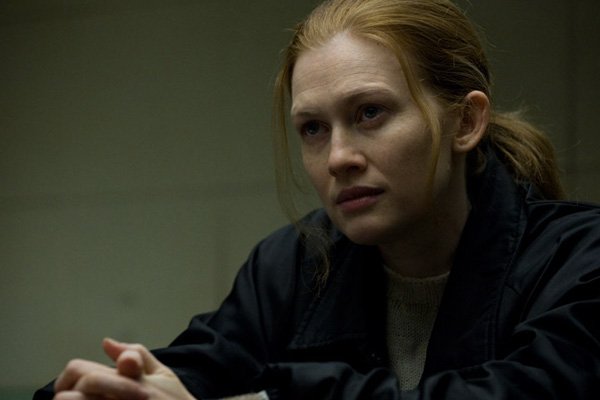 Although I recognised a couple of faces (Billy Campbell and Brent Sexton) most of the cast is unknown to me. Enos is an interesting choice for the lead character as I don’t believe she would be classified as traditionally attractive. Not that she’s unattractive either. She is, perhaps, unassuming…. although there is something alluring about her and the character she plays.

I understand that the show is actually based on a Danish series (of the same name when translated), which is why it sounded familiar and why I circled it in the TV Guide in the first place (despite the absence of any description). I did, however, I read that the US version may indeed differ from the original.

We’ve only been privy to two hours here in Oz so far, so I may be overly-hopeful when I say that I’m looking forward to a quality crime / mystery drama. I refused to do much research (because I didn’t want to inadvertently unearth upcoming story lines) but I did note that it was critically acclaimed when it first screened, but less so as the first series went on…. with some comments about the series finale being particularly confusing. It has, however, been commissioned for a second season which is always a good thing. 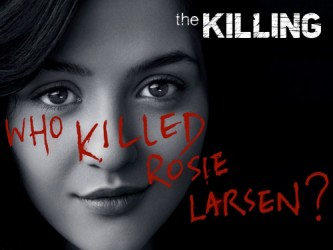 What I’m enjoying most about the show to date, is that the bleakness of the surrounds and pace of the plot is matched by the layers and textures of the show’s characters. Before I realised that the entire season centred around this one murder, I assumed it to be a ‘solve a crime each week’ kinda series and I’d been baffled as to why we were learning so much about players peripheral to the dead teen.

The show and its makers seem to be giving us something a bit different to the usual ‘whodunnit’ fare; not patronising we viewers; or deigning to target the lowest common denominator. It is – at this point in time – one of those shows which gives me hope for the future of television.