I’m in a quandary. Yes, I know… we all have to face these pressing issues from time to time: war in the Middle East; starving children in parts of Africa; and a what-to-do-with-my-hair dilemma. Yes, you heard me right… I can’t decide what to do about my hair.

I’m due for a haircut. Again! These appointments seem to come around awfully quickly, and now that I’ve started my 4 day working week, I’m looking for ways to cut my costs. You will recall that in my belt-tightening post I said that it was unlikely I could sacrifice my hair appointments, expensive though they are.

However… although I still adore my hairdresser (which I wrote about here), I just haven’t been happy with my hair of late. The colour’s never right; the cut’s not right. It just feels ‘blah’. 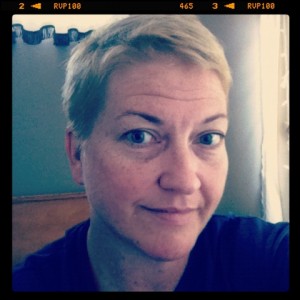 But… I’ve been here before. Frustrated with short hair and so I grow it. That results in me either: getting bored after a few months of horrid style-less hair and getting it chopped off; or growing it long and then wondering why the hell I did so (cos I wear it up all of the time anyway) and getting it all chopped off again. It’s a vicious cycle. (Although admittedly, does obviously give me something to occupy my mind from time to time!)

So… given I’m kinda bored with it, what’s next?

I’ve already confessed to being prone to imitation and in my Under the influence post, I admitted to copying translating the styles of a few fashion / acting icons of the day. I’ve even had hair-envy since, coveting Gwyneth Paltrow’s short cut from Sliding Doors and Carrie’s curly bob from Sex and the City. 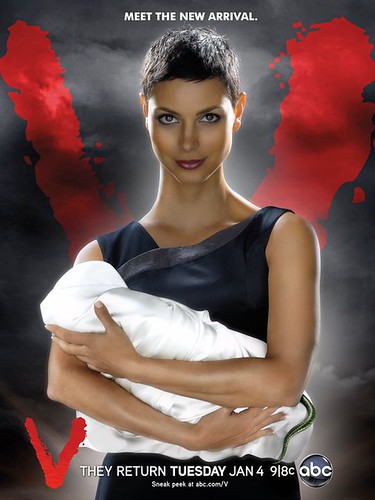 And it was no different when I went to the hairdresser over a year ago (just after the Under the Influence post) and announced I wanted a haircut ‘like that actress in V‘. Having been a fan of Joss Whedon’s Firefly and Serenity, I of course knew the very-gorgeous Morena Baccarin by name, although I doubted my (then) hairdresser did. But the show (V) had been widely enough promoted that he knew who I was talking about and diligently cut away. While I loved the cut he gave me it was shorter than expected and when they coloured it, the result was beyond scary! (And I returned to my more expensive hairdresser).

So as I’m pondering ‘what next’ on the hair front I’ve been paying attention to those around me. And I’m thinking I like this ‘do’ below… 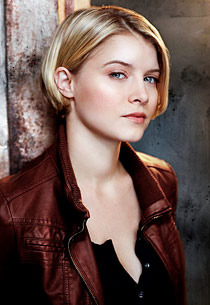 It’s the chick (aka Sarah Jones ) from the TV show Alcatraz, for those not in the know. The show’s probably not as well known as V, so I’m thinking I may need to send my hairdresser a hyperlink or print out a picture. I’m not usually a ‘sleek bob’ kinda gal, but this one has benefits. On the upside, I get to grow my hair – therefore paying for cuts less regularly; plus, if I’m feeling brave I can (in fact) break up with my hairdresser and trust someone else who is *ahem* cheaper, with this style. Of course on the downside, I have to live with style-less hair as my current cut grows out month after month. (Oh, and plus I may need to get my blog banner ‘me’ redrawn with longer hair!)

I cannot help, however, wondering how many hairdressers roll their eyes when customers (like me) walk in with a picture of some gorgeous starlet and pronounce that they want to look like THAT.

I mean, I do know that I’m not gonna look like the actual person in question and that the style may *ahem* not flatter me as much as Morena or Sarah (or Gwyneth, or Princess Diana etc) and indeed my hairdresser may try to deter me by telling me that Ms Alcatraz’s cut won’t suit my chubby face, but still… it’s kinda the ‘look’ I’m going for and surely we can adapt it once we get there?!

I may be wrong, but I’m fairly sure others do it; go to the salon with someone’s style in mind rather than pouring through those huge (and usually dreadful) hairdressers’ magazines hoping to find the cut or colour you’re incoherently trying to describe to the hairdresser.

Am I right in assuming others go to the hairdresser armed with photographs of the ‘do’ they want, or with someone in mind?
It can’t just be me. Surely?!