A visiting girlfriend and I were recently watching an old episode of Cold Case  when we both realised we’d seen one of the actors in something since the demise of the show. After some pondering we worked it out. We congratulated each other on our most-excellent skills of deduction and laser-sharp memories, but… as we sobered up we both realised we may have been wr-wr-wrong. He just didn’t look quite right.

After consulting one of my favourite apps – the Internet Movie Database (IMDb) – we discovered we were indeed not-right.

It reminded me that – like some old woman who thinks all young people look alike – I occasionally suffer from some weird affliction which results in me getting a few famous actor types confused. With others.

Firstly the case that kicked off today’s discussion about famous doppelgangers: Jeremy Ratchford from Cold Case  and Kevin Chapman from (one of my fave shows) Person of Interest. 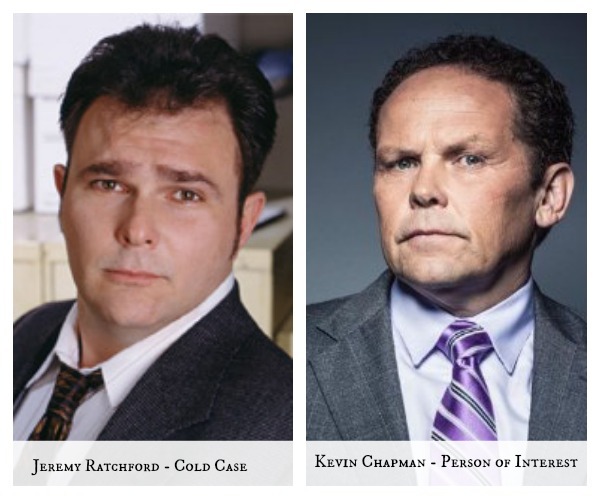 And then – two actresses I constantly mix up. They’re both beautiful and look similar but there’s actually a bit of an age gap. However… for some reason I really struggle with remembering who’s who when it comes to Susannah Thompson and Elizabeth Mitchell. 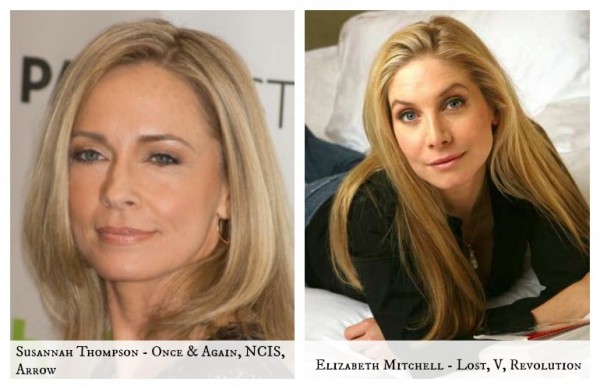 I find both of these next guys handsome. Indeed when I first saw Timothy Olyphant in the TV show Deadwood  I thought he was pretty cute. He became less so as time passed, but that could have been because his character became less likeable. I haven’t seen Justified  but perhaps it would change my mind cos it looks like he’s ageing well. As for Billy Burke, I don’t even really remember him in the Twilight movies (he played Bella’s father), but when he became Angie Harmon’s love interest on Rizzoli & Isles  I wanted to scratch her eyes out. I’m pretty sure he’s the only reason I really liked the now-axed show Revolution! 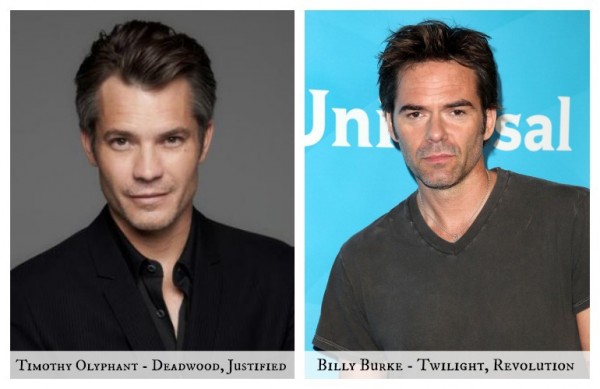 Another pair I know differ in age but are ridiculously similar, Hayden Christensen and Ryan Phillippe – both of whom seem to have been in hiding for a number of years. Or at least not making any movies / TV of which I’m aware. 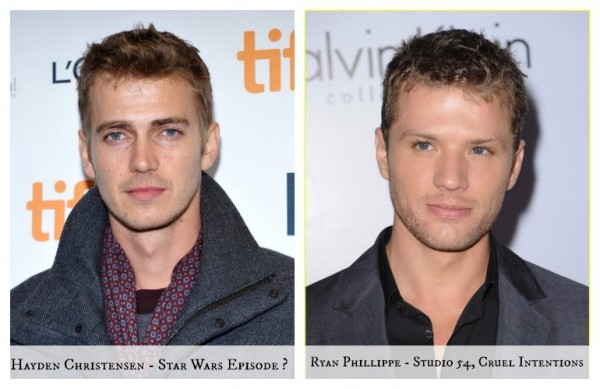 And finally – while I don’t get this pair mixed up, I can rarely remember who was in what and feel like they’re interchangeable. “Was Natalie Portman in Les Miserables?” I wonder. “Was Anne Hathaway in Garden State?” 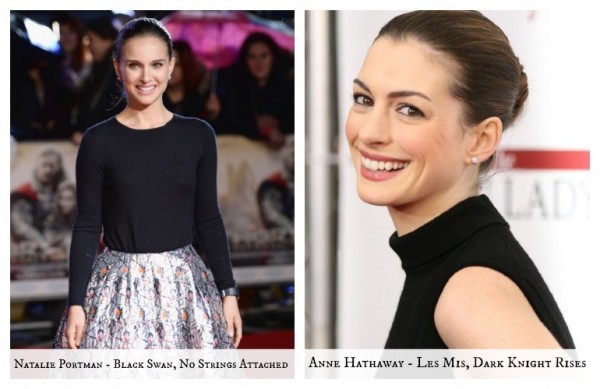 I’m sure there’s more but I get bored easily and am kinda ‘over’ this photo-editing business.

Do you ever get actors / celebs mixed up?

Linking up with Trish from My Little Drummer Boys for a Wordless Wednesday post. #almost