I spend a lot of time in front of a computer.  After 8-10 hours a day at my desk in the office, I generally spend some quality one-on-one time with my new iMac in the evening.  It isn’t uncommon then that I find myself in bed at night mentally typing my thoughts, or visualizing myself cutting and pasting information into teensy excel cells while fighting insomnia.

Another side effect of too-much computer time is the disappointment that real life is not quite so easily manipulated as the electronic world.  I recall lying in bed one night recently realising that I was trying to actually mentally hit the UNDO key.  You know, the one with anticlockwise arrow (or, <EDIT> <UNDO> in long hand).  I can’t remember now exactly what I had been thinking about or mentally writing, but I found myself kinda disappointed that we don’t have an UNDO button in real life.

I have written before about the fact that (like most people) I have some regrets.  As well as recently contemplating the idea of a ‘me’ living (a more contented and fulfilling life) in a parallel universe I also find myself pondering on the concept of a DO-OVER.

I for one would like to hit that UNDO key and ‘do’ things differently.

Sadly a DO-OVER is not a feasible aspiration.  But never one to let reality get in the way of a daydream, I find myself pondering on what past mistakes or decisions I might change in my own life if I was given the chance. 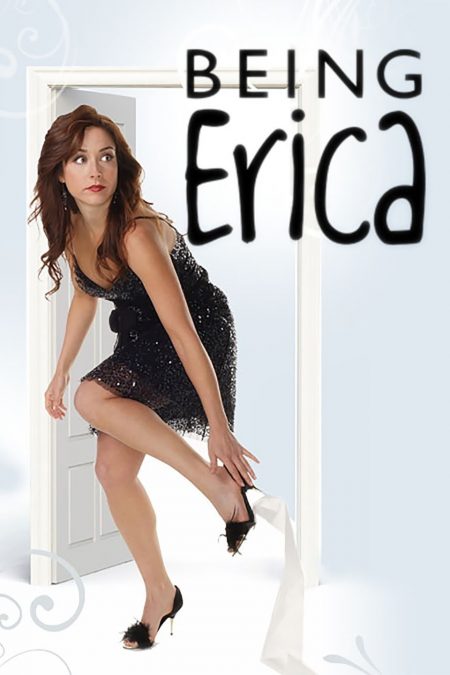 Earlier this year I came across a Canadian show, Being Erica, At the time it was part-way through its second season, but ABC2 has just started replaying Season 1 here in Australia.

The show’s premise is not even vaguely believable but I have to admit that doesn’t seem to matter at all.

The show introduces us to 32 year old Erica Strange whose life hasn’t turned out how she imagined it would be (and who CAN’T relate to that!).

Erica, however, puts this down to a series of bad decisions at pivotal points in her life and is able to identify each and every one of them.

At a particularly stressful time in her life she meets therapist ‘Dr Tom’ who promises that he can bring her happiness by allowing her to relive her regrets, giving her the opportunity to change the outcome.

In each episode, with the help of Dr Tom, Erica is catapulted back to the time in question.  Back to High School, to University or more recent times. Where she gets the opportunity to UNDO her actions and (ideally) make it all better.  The quintessential DO-OVER.

In my post about a parallel universe, I was horrified that – at least in TV and movie land – our twin selves living in these worlds aren’t happier and more talented versions of ourselves, rather they are ‘us’ in a different environment.

In Being Erica, the charismatic lead character (played by Erin Karpluk) believes that if she changes past (bad) decisions, her life will be perfect.  So, of course the question posed to viewers is whether changing past decisions, or making a different choice at a crossroads, actually changes the outcome of our lives in any significant way.

Indeed Erica’s experiences don’t always work out as she had expected.  She also finds herself wondering: If you could go back and do it all differently, would you still be you?

We haven’t yet seen the third season as yet here in Oz but I am sure we can expect that Erica will continue to work her way through her regrets.   Her life has improved dramatically since we met her in Season 1 – unemployed and unhappy.  Of course it doesn’t take a rocket scientist to work out that the navel-gazing (over past decisions and why they were taken) itself is what is changing her, rather than the choices themselves.  And, as it happens, so many of those ‘wrong’ decisions, may not have been wrong after all.

I’m starting to sense a theme in my TV viewing of late, but I’d like to think that I am not so very obsessed with lost opportunities and roads not taken, that it consumes me. But, I would like to stumble across a Dr Tom myself to help reshape my life.  Well… either that or a life coach!