Oscar nominations for 2016 have been announced and there’s an uproar led by Jada Pinkett Smith about the lack of diversity amongst the nominees. I misunderstood initially and thought she meant that the voters were racist: suggesting African American actors and directors had been purposely overlooked and wondered who she thought was undeserving of the existing nominees.

Today however I read a media report which cited the delectable Idris Elba (who – incidentally I think would be a most excellent James Bond) on the issue as he spoke about the lack of diversity on UK screens. Another report reflected on our own industry here in Australia and it (and those commenting) noted that we really only see diversity on SBS, and occasionally on ABC TV.

Indigenous Australians account for about 3% of Australia’s population and (as at June 2014) a mammoth 28% of our population was born overseas. More often than not shows might include a token Aboriginal or Torres Strait Islander, or Asian immigrant. But it often feels like an afterthought.

Idris Elba’s comments to Parliament went a little further than race as he also spoke about the inclusion of people with a disability and women—in front of, and behind, the camera.

However… although I completely agree with the lack of multiculturalism (and people with a disability) on our screens, I’m actually (again) taking the opportunity to have a whinge about the lack of non-slim people on our TV and movie screens.

Yep… that’s what I want to know.

Where are the fatties? Or even the pleasantly plump?

According to the Australian Bureau of Statistics, 62.8% of Australian adults were overweight in 2011-12.  You wouldn’t know it, however, from our small and big screens as overweight people rarely appear on anything other than current affairs’ items about the nation’s obesity or shows like The Biggest Loser.

And before everyone yells at me for promoting unhealthy lifestyles, I very much agree the increasing rate of obesity isn’t something we should be celebrating.

As someone who falls into that category I know it’s important I do something about my health and fitness. However… over recent years, thanks to the Health At Every Size (HAES) movement (etc), there’s been an increased acknowledgement of the fact that self-hate and ridicule is not a good motivator. Indeed, self-acceptance and appreciating our bodies is often cited as a necessity to healthy eating and increased movement.

It’s taken me a long time but I can now finally appreciate the bodies of women who aren’t slim; women who might be slightly overweight but are fit and healthy. And I think society is finally getting there as well – acknowledging that people CAN be healthy at a range of sizes and shapes. 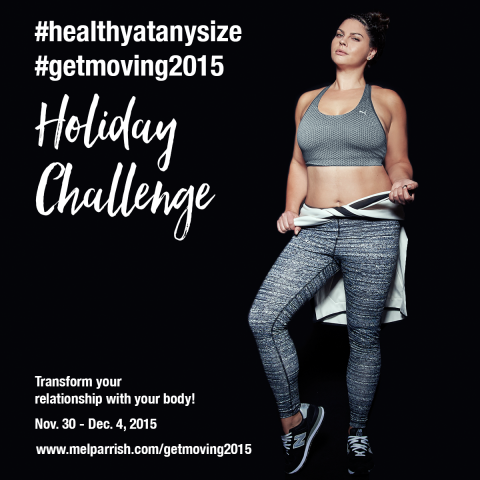 However, overweight men and women on screen are often akin to sideshow acts—they’re the nerdy idiot or they’re there for the gags. They’re rarely the love interest and VERY RARELY play a lead character whose weight goes unmentioned.

Why can’t the occasional lead actor carry a bit more weight than is the norm in Hollywood (et al)? Or if that’s a stretch, then a supporting character offer us some body diversity? Why can’t Callan on NCIS LA have a girlfriend who’s a bit overweight; or Sherlock’s Watson be a bit chubby; or a Pretty Little Liar have a chunky boyfriend?

Is it any wonder the likes of Amy Schumer and Bryce Howard (left) feel ‘fat’ in Hollywood?

Jesus… imagine how the rest of ‘us’ feel?!

It’s like there’s no in-between. No moderation. There are the size 2s and then the Fat Amys who are there for the laughs.

I just want to see people like me—and those around me—on screen; people who are far from perfect but who still deserve to be seen and heard. But mostly seen.

Do you think our existing viewing fodder offers enough diversity?