So… although you may recall I’ve had the odd brainwave or ten – for my own Debbish reality TV show; an Australian version of Escape to the Country; a dictation app that allows you to use FB & Twitter verbally; and my bedtime stories app – ASTOUNDINGLY none of these have come to fruition.

Not one to be deterred by failure however…  I have yet another ingenious idea.

It’s the TV show The Bachelor but for over 60s. I did consider a bachelorette option, but… quite frankly too many old men sharing a house could possibly be very boring (and smelly). Rather than vie for the attention of some buxom divorcee, they’d possibly all just sit and stare quietly at a blank TV screen. Or potter around fixing stuff. 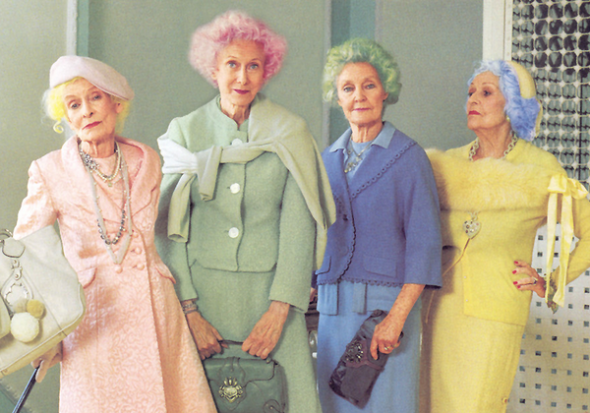 But… lots of old biddies* on the other hand – hilarious! You’d have the blue rinse skank, the martyred religious type, a warm fluffy grandmotherly type or two and so forth. (Me, stereotyping? Never!)

I’ve never watched The Bachelor  but see enough ads to realise that the main entertainment comes from the women bitching about each other. 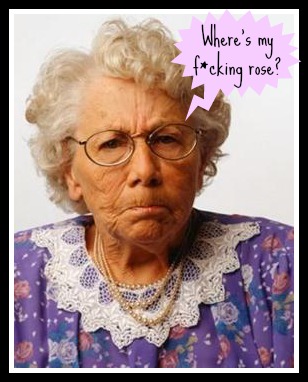 Undoubtedly TV producers recruit some troublemakers and nutters to make the show watchable, so I can only imagine what older women – with another 30 years under their belts – would get up to!

Or perhaps they’d be more zen. Who knows?! But what an interesting social experiment it would be.

If mum and her female friends are anything to go by they’d be happier hanging out with each other and enjoying their independence, than having to deal with dating and the relationship stuff. In fact… I’m starting to feel sorry for that poor bachelor.

I’m still working on a name for the show. It’s likely my old-but-spunky-man-of-the-moment will have been married before so the ‘bachelor’ thing doesn’t work. And quite frankly, the The Divorcee doesn’t sound very appealing, and the The Widower is just kinda sad (plus it sounds like a movie about Russian submarines!).

What do you think?

Flogging my blog on this Friday With Some Grace.

* using the term with much fondness…