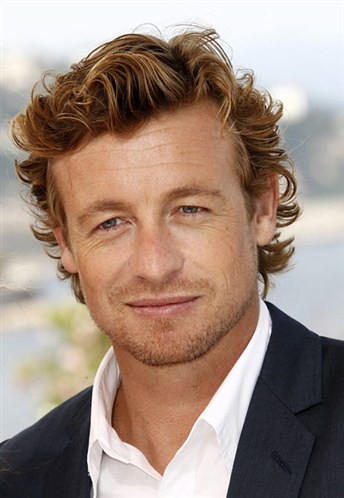 How cute is Simon Baker? Cute and nice from all accounts. And we girls really do like that even though we like to pretend we only like the bad boys. (Although I may have written something to the contrary once. Apparently!)

Anyhoo… back to Simon (he of the Aussie ANZ Bank ads, The Mentalist and The Guardian although I remember first encountering him in an Aussie drama called E Street!).

I recall when he got the role in The Guardian it seemed strange (and exciting) – an Aussie actually scoring a lead role in a US TV series (note that I do realise that Portia de Rossi and Peta Wilson starred in Ally McBeal and La Femme Nikita respectively and much-loved Aussie actor Sigrid Thornton was briefly in some show I only vaguely recall, Paradise)….

But while I was used to Aussie actors flying the red white and blue flag (yes, yes I know… WTF?!) in the movies (or the occasional mini series a la Judy Davis), becoming a regular on a TV show – as a faux American wasn’t really the done thing back in the day.

And yet now they’re a growing breed. Sure we still have (or recently have had) Toni Collette, Rose Byrne, Poppy Montgomery and Anna Torv as well as a few others in US shows on our small screens; but it seems to be the boys who are really hitting the BIG big time.

In addition to cutie Simon (who I’m allowed to label as ‘cute’, him being about my age ‘n all. Unlike those Hemsworth brothers and the like!), there’s Jesse Spencer who’s even managed to keep his Aussie accent over the years, on House.

And then we come to Alex O’Loughlin (left), who started on some vampire type show before a short-lived program about transplant surgeons (the first thing I saw him in given my family history in this area), although I think it was the role of Jennifer Lopez’s not-quite-baby-daddy in The Back Up Plan, that saw him score the lead in the remake of cop-show Hawaii Five-O. And there he remains. 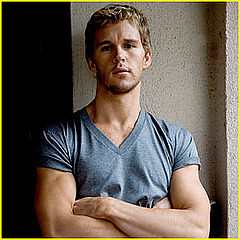 In the meantime, Ryan Kwanten (right) has popped up in True Blood – much revered by those who can handle the gory opening credits and annoying accents (unlike myself).

I was also surprised last year to recognise Aussie Nicholas Bishop as Dana Delaney’s offsider in Body of Proof.

And last, but not least (as I’m sure there are others) there’s Matt Passmore (below) in The Glades. 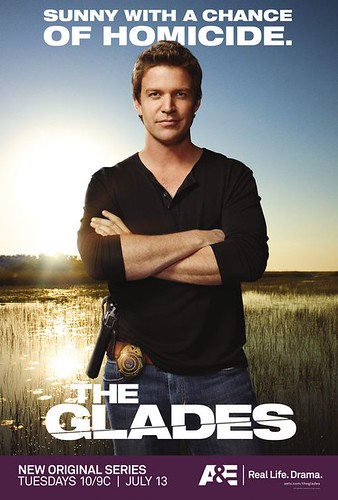 I don’t have pay / cable TV so was a latecomer to this show and – although Passmore’s not really my ‘usual’ type – I cannot tell you how much I LOVE the character he plays in this cop series. There’s something amazingly likeable about him and his seemingly indifferent character.

It makes me wonder how much of it (ie. his allure) is him. As a person. As an Aussie.

We often have a reputation for being good-natured, fun-loving, laid-back and likeable (Russell Crowe and the phone-throwing episode; Mel Gibson and the ranting episode aside). And certainly, many of the actors I’ve mentioned here play the lackadaisical ‘good guy’ well.

Of course many think of we Aussies as drunken racists or former convicts, but I much prefer the laid-back, likeable label.

While we see more and more big names take to the small screen and better quality shows coming our way (reality TV aside), I’m stoked that we have a little band of Aussie men paving the way for their fellow countrymen (and women!). It’s like they’re saying… there IS life after Neighbours*, Home and Away* and the like.