I check out other blogs from time to time and one caught my eye recently.  Sufficiently impassioned, I felt obliged to respond to the author.  In a positive way.

Kaye Dacus recently wrote about her favourite (new) shows which are currently airing in the USA.  One of these was the new Joss Whedon show, Dollhouse. 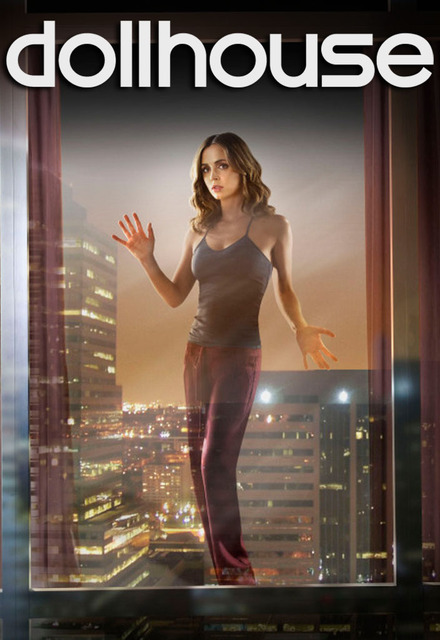 I suspect it won’t be here (in Australia) for a while. Some of my recent favourite TV series (Mad Men, Dexter) are actually here on DVD before they appear on our Free to Air television.

Nonetheless, I will look forward to the show – whenever it arrives.

For those not-in-the-know, Joss Whedon is a director, come writer (etc) who created Buffy the Vampire Slayer, Angel, Firefly and now Dollhouse.  I was thrilled to see that blogger and writer Kaye (a sane, intelligent woman and not a sci-fi freak, as you so often see with Joss’s fans) appreciated his work. And, as a result, I felt obliged to add my glowing recommendation (in response to her and in my own blog).

I became a Joss fan during the Buffy years. Not the early years, as a show about a vampire slayer wasn’t something I would have even considered watching.  As it happened, in 2000 I was living in Asia and – in desperation – I succumbed to cable tv and one night (for something to do) watched an episode of Buffy. I was intrigued so went back for more. I then bought the DVDs to see all of the earlier episodes and waited for new episodes with a surprising impatience. 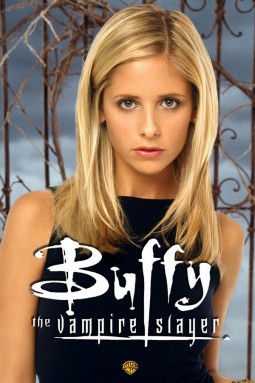 I am aware a lot of Buffy-viewers were ‘goth-like’ characters themselves and loved ‘all-things-vampire’.  I must admit to fast-forwarding through some of the fight scenes, and cringing at some of the other-worldly characters as what I loved most about Buffy was the dialogue. The witty-repartee, the Buffy ‘catch-phrases’ were what stuck in my mind.

It would be easy to write off the show as trite, light-viewing, featuring some teenage-superhero-wannabe.

I was well into the series before I realized how incredibly talented Joss Whedon and his crew were.  Through interviews accompanying the DVD series’, I learned that Buffy’s mother (Joyce) knew that she was to be killed off years before she was (and the episode of her death is one of the most poignant things I have ever seen on tv). The obscure references to her sister Dawn’s arrival a year or two before she appeared intrigued me as well. I guess I had thought the writers sat around informally and randomly came up with ideas and scripts. I hadn’t expected that much rigour, talent and intelligence around the process.

I read later that Joss is known for mapping out his shows in advance, but the commitment and adherence to detail that must go with that level of focus is amazing.

I can only imagine then, how devastating it was when his (post Buffy & Angel) TV series Firefly was cancelled after one season.  He must have decided long before what would happen to these new characters he created.  The movie, Serenity which came out later, I suspect was an attempt to get some closure. And not only for the fans.

Interestingly Joss has a habit of re-using actors he favours in his shows. Eliza Dushku appeared as the rogue slayer, Faith, in Buffy and now stars in Dollhouse. Nathan Fillion went from creepy bad guy in Buffy to sexy lead in Firefly. 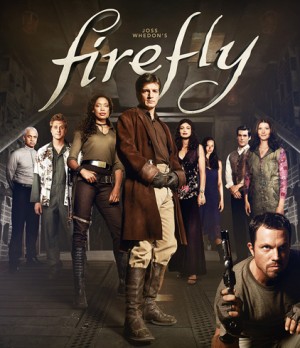 He creates strong female characters: from the slayers and witches in Buffy; to River (the brain-washed and reluctant superhero in Firefly); to the ‘dolls’ being programmed in Dollhouse. In an era when so few female role models exist on our screens, and women still so-often play the sidekick to the lead detective, it is refreshing to see quirky and (slightly) flawed female leads.

So, I have missed Joss from our screens – he has an eccentricity that is rare and tries things others wouldn’t dare.  He seems prone to some self-indulgence (writing his own theme songs, appearing in some episodes) and I gather he is a tad ‘precious’ – wanting things HIS way, which I suspect is usually the right way. Who else would think to write an entire episode of a show (Buffy) where no words are spoken, or another where all dialogue is sung.

But, it seems I can now look forward to Dollhouse, though gossip is that its network is considering axing it – already.  Perhaps like Buffy it takes some time to whet viewers’ appetites and incite their addiction. In the interim, I will await its arrival here with anticipation.