I’ve written before about the hype. You know what I mean… whatever show is about to grace our screens here in Oz is gonna be the NEXT BIG THING. You will, in fact, recall my grumpiness over the much-lauded ‘Criminal Minds Suspect Behaviour’ and ‘Law and Order LA’ last year. Both shows were still being touted as the shows to watch when – in fact – they’d already been axed or ‘not picked up for a second season’ in the USA.

It happens all of the time. Sometimes I don’t mind… as something is brought to my attention that I might not otherwise have watched. “V” for example, and “Terra Nova” more recently, both of which crashed and burned in the all-important ratings race. Fortunately in the case of both, I knew they were on tenuous ground before the seasons ended and wasn’t devastated at the lack of closure that a less-evolved and more naive version of me may have been.

But, I must confess to be surprised that this year’s ‘biggies’ have actually delivered. Yes indeed – SHOCK, HORROR! 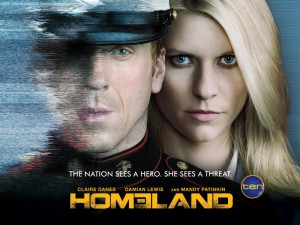 “Homeland” has had me enthralled from the get-go – mainly cos I’ve always thought Damian Lewis was kinda cute (I used to watch him in “Life” and keep forgetting he’s actually English – which is even a more attractive trait for some reason!); although Claire Danes’ character (Carrie) pisses me off big time. But, as promised, the show’s keeping us guessing and has  offered us enough twists and turns to provoke motion sickness in some! 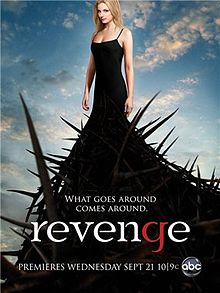 And then there’s “Revenge” and what’s there NOT to love? Power, passion, intrigue… an influential wealthy family doing wrong by a poor young innocent girl and her daddy. The show’s barely put a step wrong and we’re half way through season one here in Oz. I do wonder though (a bit like Homeland) how the story will be sustained once all is revealed?!

But, don’t you just love the ‘good girls gone bad’ scenario… especially when their evil deeds are clever, cunning AND perfectly justified and executed?!

And finally, on top of the ‘what-will-Emily/Amanda-do-next?’ intrigue, there’s a great wardrobe and we all get to salivate over the Hamptons’ lifestyle that I’ve only ever experienced on TV (and mostly I have Sex and the City to thank for that!).

Finally, while Zooey Deschanel’s Jess on “New Girl”, has the potential to ‘grate’ she somehow ends up being some very-likeable piece of fluff (or adorkable, as the ads say). 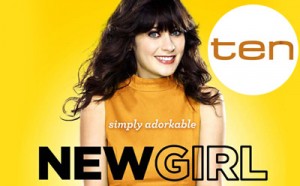 As I watched the first episode I wondered how on earth I could stand to stay tuned as Jess broke into song every so often… but somehow – like the rest of the world (it appears) I’m hooked. The show’s got the right balance between Jess’s world and that of her roomies and I’m looking forward to seeing where the show’s going – not to mention how they will string out (or ignore) the potential ‘romance’ between Jess and roommate Nick! (ie. Don’t mention the “Moonlighting Effect” – when the long-awaited romance between the two lead characters basically killed the show!)

So… there’s a big sigh of relief from me that this year’s much-touted hits are delivering. And… even more surprising is how I’ve become a little bit addicted to some new shows flying ‘under’ the radar. But more on that next time.

What do you think of TV’s latest offerings? Are you addicted?