I signed on before I really knew what I was getting into. So, it could have been disastrous. In fact, it has actually been quite fun.

At an end-of-year gathering late last year, one of my friends told me about some classes she had been attending. Always one to ferret out the unusual and obscure but very-interesting, KK had just finished a Hula Hoop course. Her enthusiasm for the 10-week program was effusive.

I had been thinking about signing up for something to do during the week. Another of my new year’s resolutions (like this blog) was to do more fun things during the week – so the week is less about work and… well, work.

So, a very-informal dance class seemed the perfect option and I asked KK for the dance school details. The options were overwhelming: as well as hula hooping, the school offered several versions of Hip Hop and Funk; Bellydancing; Bollywood; Tahitian and Polynesian Hula; Tribal Bellydance Fusion; and Burlesque.

As someone who doesn’t much like their body, I decided I should do something to help me feel more sensual and ‘in tune’ with my body. I recalled doing a one-off belly dancing class years before and the buxom instructor did make us all feel like sexually attractive and desirable women (I must admit though, that this was at a health retreat and we were alcohol, sugar, caffeine deprived!).

I did however, want something a bit more energetic than bellydancing and when I described to KK what I wanted “something kinda like lap dancing, but without the laps,” she suggested that burlesque dance classes were the way to go. 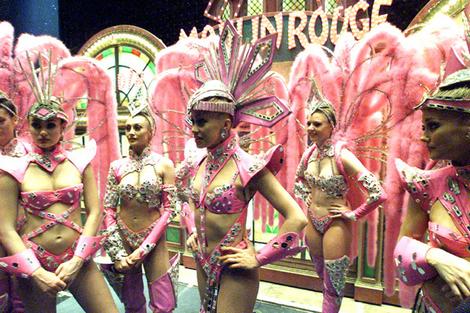 My mind started to boggle as I imagined it: fishnets and garters, can-canning across the stage, or perhaps Nicole Kidman Moulin Rouge style – a sequined me on a swing – floating above the masses. Or perhaps it would more akin to PCD (or, for those not in the know – or, you know, over 20 – the Pussy Cat Dolls) and we would be gyrating in leather!

Despite all of this, I sent off my money and enrolled in the 10-week course before sanity or apathy could prevail. 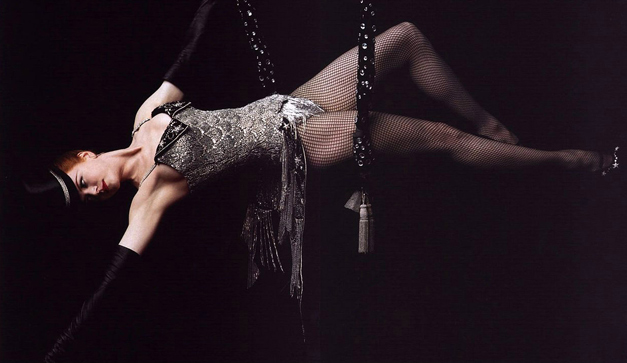 I arrived late and stressed to the first lesson, having left work late and gotten lost en-route, only to be confronted by a swarm of 20yr-old skinny, bizarrely dressed women.

I was clad for exercise – leggings and big Nike t-shirt (and with sturdy sports bra for the high impact exercise ahead) so I stood out amongst the leopard print skimpy tops, tulle skirts and ‘shorts-over-ripped-stockings’ look. I was also only one or two present unadorned with tattoos. I almost felt bare. I was already regretting my decision. Amidst this group of sex-kittens (a-la Dita Von Teese), I felt positively frumpy and middle-aged. Of the 15 others, there was one other ‘older’ woman. Needless to say, we were a strange group and I often wondered what others visiting the dance studio, thought of us when they saw us en-masse.

Our instructor, Rose* (a burlesque dancer herself and I suspect, not her real name…) had a seam tattooed down the back of her legs and a large wide tattoo just under her neck, across her shoulder bones. She also had a long black ponytail falling from high on her head, perfect for flicking about when the need dictated.

Rose started the first lesson with the good news – that we would be learning a routine to (…wait for it), perform at the end of term concert. (Be still my beating heart, I thought and decided that I will be ‘sick’ or indisposed in some way.)

Nevertheless, we eventually kicked off. The first lesson set the scene for those following. We began and finished with lengthy stretching sessions – though less for preventing injury and more for… well I am actually not sure, but increasing flexibility I guess. Many of the stretches were the kind that went out of fashion in the 80s, or maybe even the 70s – lots of helicopter arms swivelling to touch our toes and bouncing. We were also required to do the splits – or as close to them as possible. I should have been sensible like the older woman, who did her own alternative stretches rather than Rose’s as I often found myself aching in the days following our class, from overstretching as much as anything. (It may, however, interest my myriad of dedicated followers – ahem, I mean, readers – to know that I can actually do the splits frontways but not sideways… just for future reference!)

We did however, manage to fit in about 15-20mins of our routine each week. At this point I should point out that Rose was, and is, actually more of a performer than a teacher. We students and burlesque-novices regularly found ourselves looking at each other in confusion over which foot to start stepping on, as the guileless Rose changed her mind each time.

Nonetheless, she was brimming with enthusiasm and poise (if not coordination) as she put us through our ‘burlesque paces’. 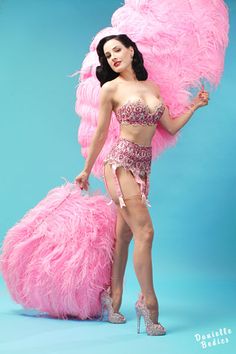 The movements of burlesque are fairly simple. Lots of hip flicks and circles, shimmies and body roles, with a few supposedly-sexy walks thrown in. (On that note and for future reference again – unlike one’s normal walk, a ‘stripper’ or ‘burlesque’ walk involves planting the toe first and crossing the legs as you walk.)

In no way however, was my sports bra tested throughout the 10 weeks. Our energy was focussed on swivells and shakes, not jumping around energetically. Even our can-can involved low, slow kicks.

Any self-consciousness I felt disappeared as we disparate souls giggled and strutted our way through the routine we learnt over the 10-week course.

Only 7 or 8 regulars attended most of the lessons and I would often find myself looking around, wondering what each was expecting to get out of the class. Not there for exercise I suspect, but more for something different, and perhaps because (I read that) burlesque is becoming the activity or exercise du jour!

Term 1 has now finished (and I – sadly – was unable to perform in the concert) and we ‘graduates’ can now move to level 2. I think I might give it a miss though and try something different.

I don’t think I have come away from the course feeling more sensual, but I certainly have the moves if ever the opportunity arrives.

* Name changed to protect the innocent