It’s an embarrassing thing to admit, but a few years ago I bought a t-shirt (online of course) that said ‘What would Buffy do?’  Don’t get me wrong; I am not embarrassed by my love of the TV series, Buffy the Vampire Slayer.  In fact, the show’s writing in the early years (in my impressionable mind) is only rivaled by my other faves: West Wing; Deadwood; and Big Bang Theory.  But with the benefit of hindsight, buying a black shirt with orange print dripping across it wasn’t one of my finest moments.  I mean, it’s not up there with ‘dressing like a Trekkie’ but almost as scary.

I’ve always assumed the “What would Buffy do?” quote came from one of the episodes and can almost imagine her Scooby gang colleagues, Willow and Xander wondering exactly that.  But my extensive research (Google again) reveals it to be the name of some spin-off book about the series.

A similar quote appears in The Jane Austen Book Club (What would Jane do?), so it possibly didn’t derive from Buffy and may have originated elsewhere.

My ignorance aside I find myself often struck by a variation on the quote: What would Aunty Myra think?  WWAMT? Meaningless to everyone but me, the words sometimes offer me the jolt I need.

I was stuck twice by these thoughts last weekend and both times it was in response to songs playing on the radio. The first song was Dirty Talk by Wynter Gordon.  I actually downloaded the song from iTunes a little while ago so listen to it regularly.  And although I mentally sing the lyrics on my commute each day, it wasn’t until I was sitting in my car at 6.20am on a Saturday morning that they hit home:

love machine, by myself,

I might have forgotten my shock at the radio station’s choice of programming, until I was again in my car to travel to the grocery store and Kanye West’s Runaway came on:

Let’s have a toast for the douchebags

Let’s have a toast for the assholes

Let’s have a toast for the scumbags

Every one of them that I know

By then it was about 9am. On Saturday morning when parents are usually driving their 10 year old kids to cricket.  Or ballet or football or similar. 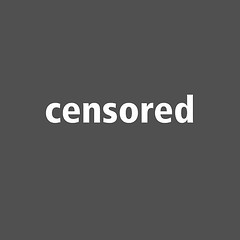 Now, I’m no ingénue: in fact I swear like a trooper and am pretty hard to shock.  But occasionally I am jolted to do a bit of a stocktake.  My barometer used to be my 14 year old niece and I would ask myself if what was before me was something that I would want her watching or listening to or reading. But more often than not now, my yardstick is my Aunty Myra.

Aunty Myra was old school.  Not a fuddy duddy and not really prissy.  She grew up on a farm, so was hardly a pretentious girly girl.  But she was most certainly a different generation.  She was older than my grandparents and (unlike them) lived in my hometown.  As a result – I was subjected to (at least) weekly visits until I was old enough for my non-attendance excuses to sound even vaguely convincing.  Her children lived elsewhere and weren’t the most attentive of offspring, so my parents did everything for Myra and her husband. (I should mention that when I returned as a young adult, I willingly visited her in a nursing home before she died – so I’m not all bad – surely.)

I never saw Aunty Myra wear trousers as she considered them improper. She always wore unattractive nylon dresses with a petticoat or singlet and bra strap falling down her arm as her body shrunk before my eyes. She used to bake for my father and made him suet puddings, jam pastries and tripe. She hid money in handkerchiefs and biscuit tins. She liked bingo and used to buy a gold lotto ticket each week. I try to imagine her now, in a world where everything’s online and digital. I’m not sure how my parents will transition from a video recorder to a DVR, let alone someone a whole generation older! 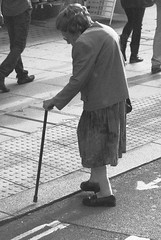 They don’t shock me, but they would sure as hell shock the bejesus out of my Aunty Myra. WWAMT? I wonder at these times.

I tend to assume that television and radio programmers make sensible choices about what they play and when. I’m sure that’s why we have rating classifications. Which is why I was surprised to see Weeds showing on Oz cable television at 3pm during a weekend some time ago, or the Robbie Williams’ Come Undone music video showing the aftermath of a party and a woman on the bed with snakes screening as I’m eating my morning toast.

I’m all for free speech, not a big believer in censorship and don’t believe I’m judgmental, but it doesn’t stop me from sometimes wondering: What would Aunty Myra think?