Some time ago I shared one of those self-pitying… ‘everyone needs a reason to get out of bed’ posts. I possibly joked about Vanilla Diet Coke but in essence was having my own little pity party about the fact I was single, childless and no one loved me. (Okay, so maybe that last bit wasn’t true. I have my mum. And friends.)

Like everyone there have been times in my life when I’ve struggled to identify anything to look forward to, or get excited about. However, I’ve made some changes so the overwhelm / dread / sense of purposeless isn’t quite as bad. I’ve quit full-time work, moved, started writing, had weight loss surgery and so forth… but I also have to remind myself that sometimes we need to create those things (worth waking up for) ourselves.

And, last week it occurred to me that I have several things coming up that I was – in fact – looking forward to.

Hearing one of my favourite authors speak

I’m a huge fan of Australian author Michael Robotham. A writing friend and I were talking recently about how much we enjoyed hearing Candice Fox speak (here in Hervey Bay) earlier this year. The friend said she’d also really liked Michael Robotham when she’d heard him speak years earlier. And, as fate would have it, I discovered he was going to be speaking as part of the Maleny Celebration of Books just a couple of hours away in mid July. So, I have my ticket and it’s in my diary.

Going to a writers’ festival

I went to a Romance Readers Convention earlier this year, because I won conference tickets. I still had to pay for accommodation and flights, but I decided to go despite NOT being a huge lover of the ‘romance’ genre (though I do enjoy romantic suspense etc). In my #5before50 list (of things I wanted to do before I turn 50 at the end of the year) I said I wanted to go to a readers / writers festival. It’s the hanging out with like-minded, passionate people thing I enjoy as much as anything. And the nourishment I get from being around them and hearing about others’ work and inspiration.

So, although it was financially a bit of a stretch for me, I’ve decided to attend the Romance Writers’ of Australia Conference in Brisbane in August. IF there was a multiple day crime fiction equivalent, I might have opted for it… but there isn’t. And so many of the people I met at the last convention were so very welcoming, I’m looking forward to seeing them again. 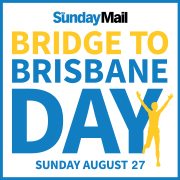 A friend and I had great plans – at one point – to participate in a 30km Coast Trek. And then we realised it was perhaps a bit ambitious given the lack of time we had for preparation and finding team-mates and so forth. At the time I was planning to buy my Fitbit and needed some encouragement so we both signed up to do the Bridge to Brisbane in Brisbane (surprisingly!!) in late August.

I did it (the B2B) back in 2009 or so and hated the whole thing. The 10km walk itself was fine (though I was a lot fitter then). It was the fact we queued in the middle or nowhere for about 2hrs before we could start walking, waited around several hours after (with no food or shelter) and then queued to get transport back to my place. This year however I gather it starts and finishes at Southbank / in the city  and I’m thinking of actually booking into a hotel on-site so there’s no pesky early morning travel involved.

I have been bloggy / virtual friends with Jo Tracey for about six or so years. Jo and I are the same age and both worked in project management. She took a break from work and started pursuing her writing before I took my redundancy and we skyped when I was struggling to find my place in the world.

We have online chats and still skype from time to time. I think of her as a friend, though we’ve never actually met in real life. This year she moved from Sydney to the Sunshine Coast and I will meet her and see her at all three of the above ‘events’. She’s smart, funny and nice and I really relate to her sense of humour, but what I really admire about Jo is that she’s pursued her passions. I’m all talk but Jo (and a few other bloggy people I know, like Leanne from Deep Fried Fruit) really inspire me. It’s not easy but they bloody well put their minds to something and do it. They do not whinge about the reasons why they don’t do it… which is something I’m wont to do.

I’ve met virtual friends before and the hardest part is usually not calling them by their Twitter handle or online persona (like Debbish). Thankfully Jo / Joanne uses her name, so that’s not gonna be a problem. 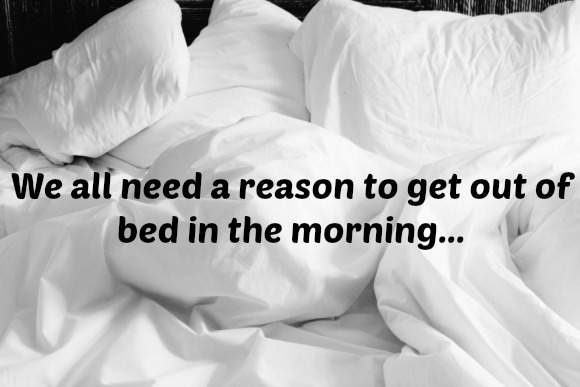 In happier news, I’ve realised that’s only July and August taken care of. I can start planning other exciting treats for the remainder of 2017. Also, I’m back with the Loving’ Life Linky gang, having decided I’ll do at least one personal (non-book) blog post a week.

Do you like having things to look forward to, or do you treasure every day? (#sarcasmalert)
Do you think we need to create those things ourselves rather than rely on someone else to do it for us?

The Lovin’ Life Team includes:
50 Shades of Age | Seize the Day Project | And Anyways | Write of the Middle | Deep Fried Fruit. And me. Again.
An InLinkz Linkup