I’ve mentioned a few times that I started a new part-time job in February. It’s only 5 days a fortnight so leaves me plenty of time for other stuff. It’s a regional position of sorts so has – however – required some travel.

And unlike some of my previous careers requiring overseas travel, this has involved lengthy lone drives to various parts of the region.

The Wide Bay region – in which I work – spreads from Bundaberg in the north, south as far as Maryborough and Mundubbera, and west as far as Monto and Eidsvold. 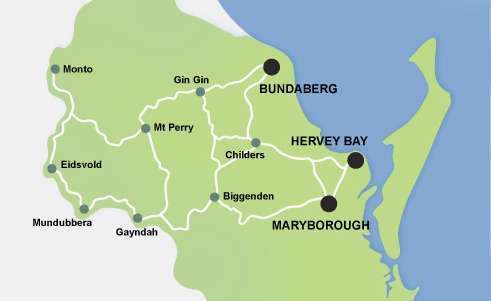 I’ve now been to all locations and met colleagues and various stakeholders in all but one or two communities.

Close friends must think this hilarious because I’m actually famous for my hatred of driving. Indeed – once upon a time I did almost anything to avoid having to drive anywhere. And yet… I’ve actually enjoyed some of the long stretches I’ve covered in the past two months.

I thought I’d share some pics of my adventures around the region because I haven’t participated in a Wordless Wednesday link-up for ages and… I’m feeling lazy and can’t be arsed writing the usual 300+ words which constitute a blog post.* 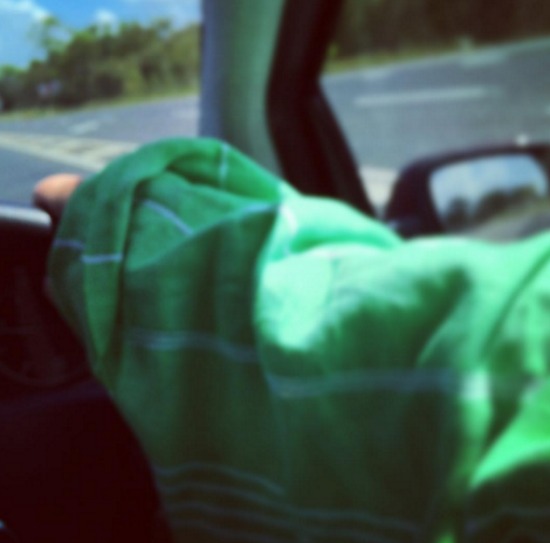 My first trip (about 2.5hrs each way) followed a drive to Brisbane and I learned very early that it’s important to cover up – lest you have one arm redder than the other. I have a wrap-thingy which I keep in my car and transfer into a work car when I travel any distances. It’s light but I can throw it over my right (driving) arm to protect it from the sun. 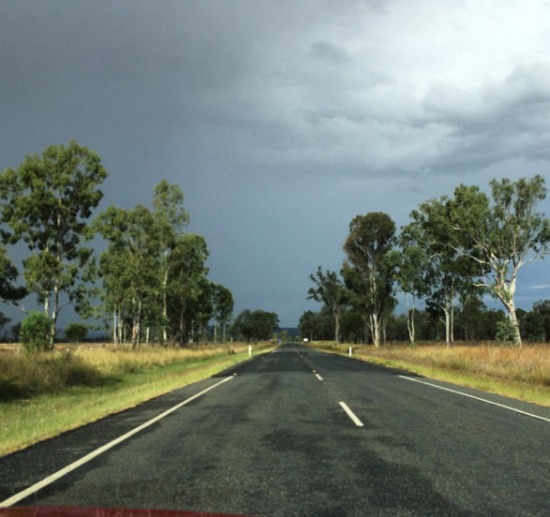 I recently got caught in some very heavy rain – but stopped to take a picture just before. This is near the delightfully-named Ban Ban Springs. 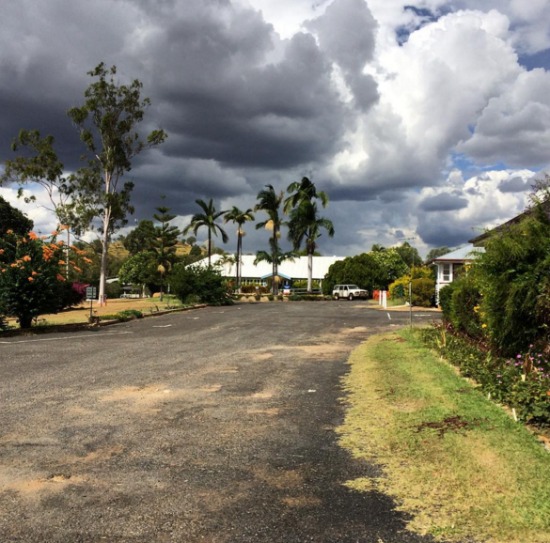 The Gayndah Hospital is exceedingly old but very beautiful. It reminded me of a lot of health centres and hospitals I visited in Pacific Islands when I worked in international development. 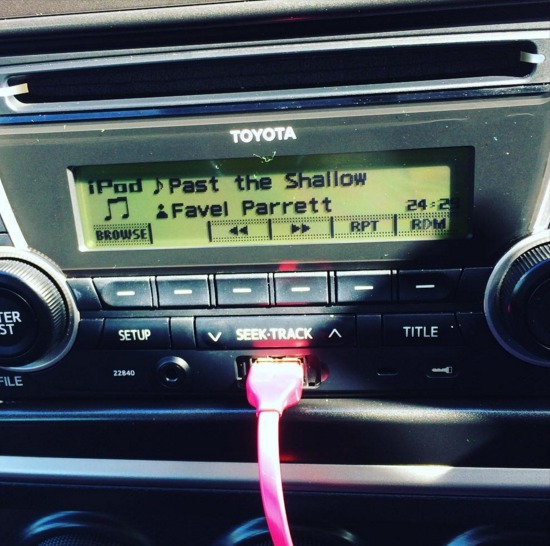 Discovering audiobooks has been my saviour on those long long drives. I’m currently on my third – Wuthering Heights. Without a doubt however – Favel Parrett’s Past the Shallows has been my favourite. It was also the first time I discovered cars with USB options (rather than just bluetooth connections).

My most recent trip (on Monday this week) involved 7.5hrs of driving and 3.5hrs of meetings. I forgot how far west I’d gone until I came across several stretches of dirt road between Mt Perry and Monto. 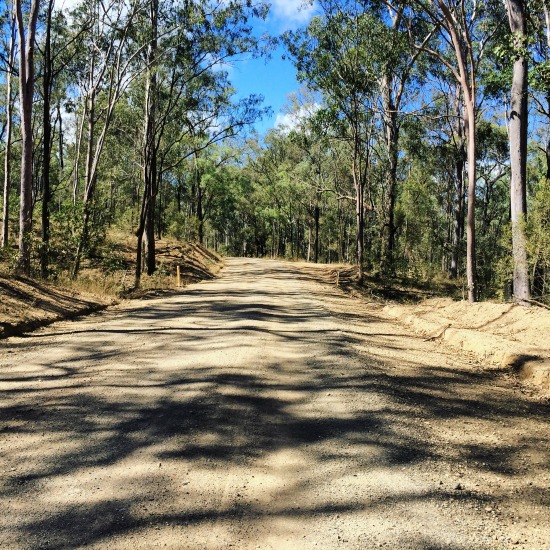 And I stopped off for a diet coke at this delightful cafe in Biggenden and sunk into a comfy lounge to check my emails. There’s quite often no mobile phone reception in between towns. 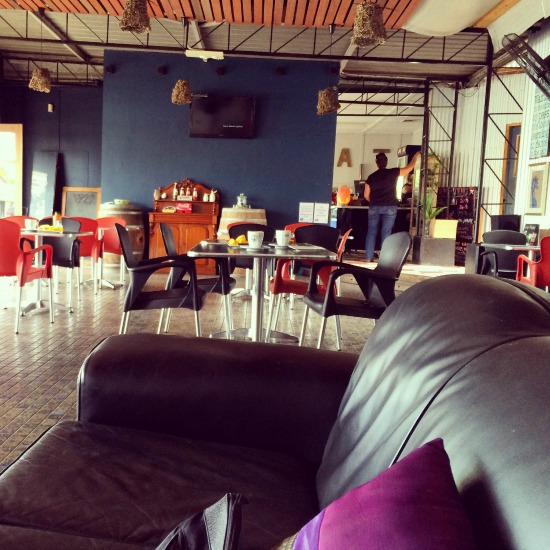 And finally yesterday I shared my work road-trip ‘survival kit’. 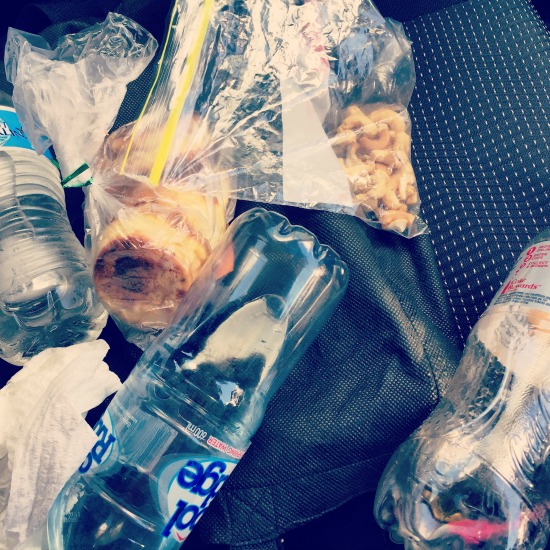 I freeze partially filled bottles of water so I can have cold water enroute (and usually get a refill when at a meeting). I start the trip with a diet coke (and sometimes need a second if it’s a long day – which Monday was!). I pack something for lunch (mini frittatas in this instance), as I’m coeliac and gluten-free stuff can be hard to find in small places… plus I usually forget to mention it if the meeting involves lunchtime sandwiches. And I throw in some nuts cos my stomach goes crazy after too much diet coke.

And now of course I have to remember to pack my USB cable and – I usually throw in a mixed CD or two. Radio stations can be pretty scary once you venture off the main roads and I never know what car I’ll have in advance (and if I’ll be able to use my phone to play music or an audiobook).

And there you have it…

I actually have an unexpected trip today – but I’m at the point where 1hr each way no longer feels like a long drive. But I don’t ‘think’ I have any other trips coming up in my foreseeable future… which is a relief.

What do you take on road trips?

Linking up with Trish from My Little Drummer Boys for Wordless Wednesday.

* As is always the case, once I started I got carried away and wrote WAY more than I planned!