On Friday my yoga class participated in a meditation called, Who am I?

“It can be a bit confronting,” our instructor warned before we started. 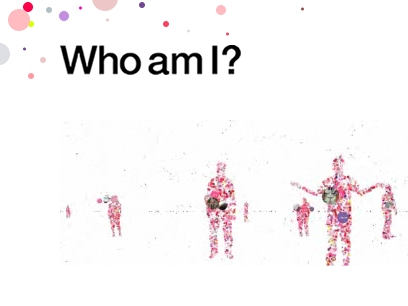 It wasn’t particularly. In fact, it was a nice reminder of something I tend to dismiss when it’s far easier to wallow in self pity.

Essentially (I think) the meditation is aimed at allowing us to identify if there’s an aspect of ‘us’ which takes lead over the others; or perhaps it’s a reminder that we are complicated creatures. (Well that’s what I assume and we know I’m rarely wrong!)

Once blissed out, the first question put to us was:

Are you your body?

Thankfully cos I’ve seen this film before and know how it ends (!), I knew the answer was a resounding NO.

In all honesty (and seriousness) I immediately thought, “No, I’m not my body. I’m far more than my body.”

It’s something that I write about in my diet blog every so often – reminding myself not to see myself so negatively as my weight is just one (n0t-so-small 😉 ) aspect of who I am.

The questions went on and we were asked about our: mind, intuition, memories and energy field. And so on.

The ‘Who am I’ question was something I struggled with when I finished work about 10 months ago. Twenty years away from retirement age, but deciding on a seachange and career makeover I struggled far more than I expected with my post-work identity.

I realised I’d been defined by my work.

I was a community development officer; I was an aid worker; I was a diplomat; I was a project manager; I was an executive officer. As I wasn’t quite ready to call myself a ‘writer’ or even a ‘blogger’ I suffered an l identity crisis of sorts, until I came to terms with my new world.

And now… it seems – at least to others – my life can be easily divided into concise compartments.

I’m trying to get the hang of LinkedIn (the Facebook for business peeps). I’m yet to properly edit the info I dumped in there or join groups and the like but what I’m loving is the ‘People You May Know’ (like Facebook’s suggested friends, but a bit more eclectic. At least in my case.).

I’m sure there’s some complicated algorithm involved, but my suggested ‘connections’ can seem fairly random.

I have, however, realised that LinkedIn offers me up four types of connections:

The latter is complicated as we on the Fraser Coast are lumped into Bundaberg region, which is almost 90mins away, so ‘locals’ aren’t always that. 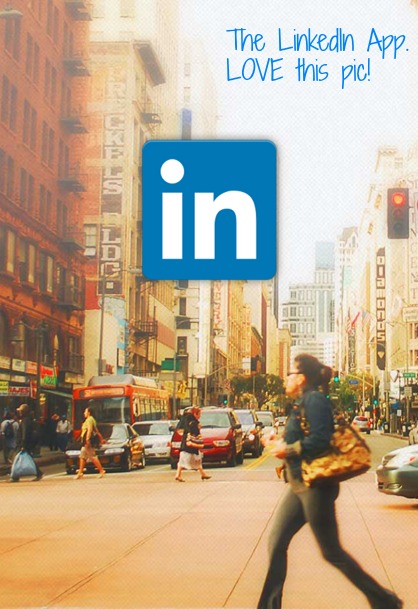 So, my suggested connections include almost anyone from the Queensland Government; along with people who’ve worked for the UN; someone who writes online; or anyone within 200km.

It’s a bit like a vaguely-informed lucky dip. Instead of ‘Girl aged 12-15’, it’s: ‘Former international development and government project manager; now freelance writer and blogger based in Hervey Bay.’

I probably shouldn’t admit to this but occasionally if I can’t sleep I pull out my phone and open my LinkedIn App (well, after I’ve checked my emails, Twitter and Facebook) and I hit the “People You May Know” tab. It doesn’t help me sleep but entertains me during the witching hour… which is really all a gal can ask! Of course whether I hit the ‘add’ or ‘invite’ button depends on my mood. 😉

Are you on LinkedIn?
Are you offered random connections?
Feel free to find me there; as I’m obviously a discerning type of user!