My niece is currently spending two weeks in the south of France at a ballet summer school.

It’s been ages since I travelled and I really have no desire to do so – except when I see others’ photographs and a vague yearning inside of me is awakened. 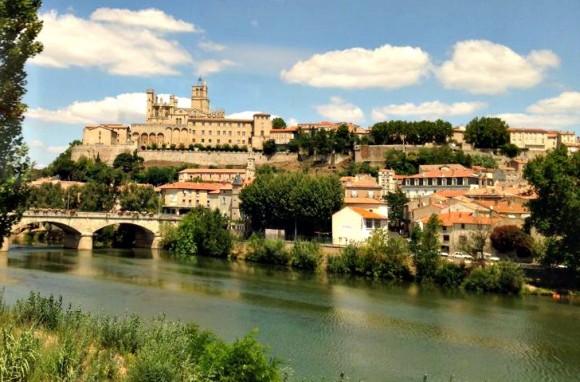 My SIL & niece’s home for the next couple of weeks – Carcassone.
Thanks for the pic Marg 🙂

Having said that – if I’m honest – although I’ve not visited many of your typical countries / locales (UK, USA etc) – I really only want to travel to Italy. I’m not sure why but the whole clichéd Tuscan thing has long been a drawcard.

However, my niece and SIL’s photographs and the fact that this will be one of my well-travelled niece’s first forays into a non-English speaking environment has reminded me of my first time overseas. In fact, a few days ago I mentioned I’d been re-reading a journal I kept at the time.

I was spending a couple of months in Portugal for a six-week language training course before heading to a Portuguese-language speaking country in Africa; and in addition to obsessing about the food I was eating at the time, I did – fortunately – share ‘some’ other information in the journal. 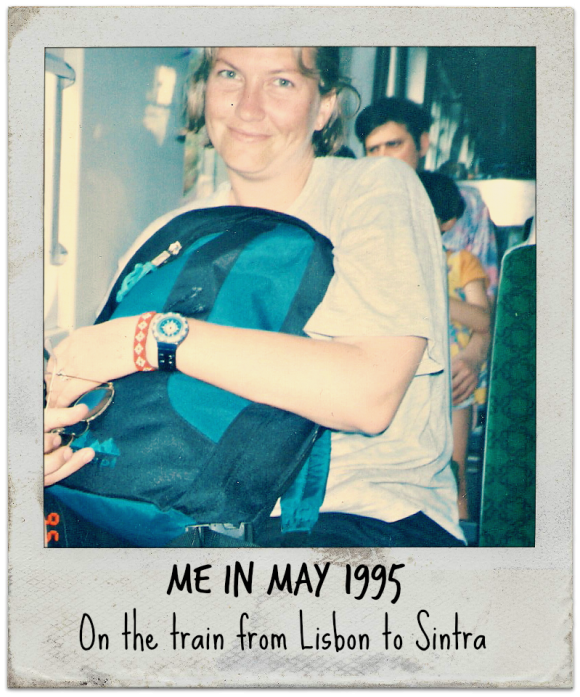 I read that journal now and cringe at my naivety and ignorance when it came to travel and other cultures and communities. But… I guess it was a starting point for me and – although Portugal offered the obvious language issues – it could have been worse!

The language school I attended was one which was centred around the ‘development’ community, so they worked with a lot of foreigners heading to developing countries – Mozambique, Angola, Guinea-Bissau (for example). By the time I left I could say ‘That woman is carrying firewood on her head,’ but didn’t really know how to describe a toothache. A dilemma I had to overcome the hard way!

I’d not come across a lot of people from non-English speaking backgrounds before I travelled, despite years at University and working in the social sector at the time.

In the journal I bitch and moan about my ‘grammar’ teacher. I hated her. We didn’t gel. At all. I much preferred my lecherous conversational instructor with whom I hung out at cafes drinking wine in the middle of the afternoon.

There was another Australian woman at the language school – a returnee – and we became friends. Sometime in my second week there she confided in me that her instructor mentioned that mine couldn’t understand anything that came out of my mouth. “You talk very quickly,” my friend said.

It was true. I spoke quickly. (I still do.) Like… very quickly. My mouth struggles to keep up with my ADD mind.

But once I realised what the problem was – things changed. English was the third language of my instructor (she spoke Portuguese obviously and Swedish). I became conscious of slowing down my speech (which I should have tried years before!) and not using colloquialisms or slang.

We can be very egocentric – only seeing things as they relate to us. Annoyed we can’t understand others, annoyed visitors to our country don’t speak our language. It doesn’t occur to us that ‘we’ could be the ones who need to change or be more accommodating.

On that first overseas trip, the Portuguese people I met (who spoke English to varying degrees of skill) asked me what other languages I spoke – presumably hoping to converse with me in French or German, rather than English. I know we’re more isolated from other cultures and languages in Australia, but I did eventually wonder why it wasn’t more of a ‘thing’. (And possibly that’s changing!)

My own travel helped me realise that visiting other countries and cultures can affect how we see the world and those who are different. It’s not all about us! There’s an entire world beyond ours (metaphorically, although…)!

I was one of those people who thought I’d rarely use English or hang out with other expats when I travelled and lived overseas. And yet… at the first opportunity I latched onto the nearest English speaker. And I was NEVER more Australian and patriotic than when I lived overseas.

Can anyone else relate?