As I went about ‘dissing’ vegies I was reminded of an incident years ago and… as I seem to be in sharing-tales-of my-travails mode, I figured I’d enlighten you all. 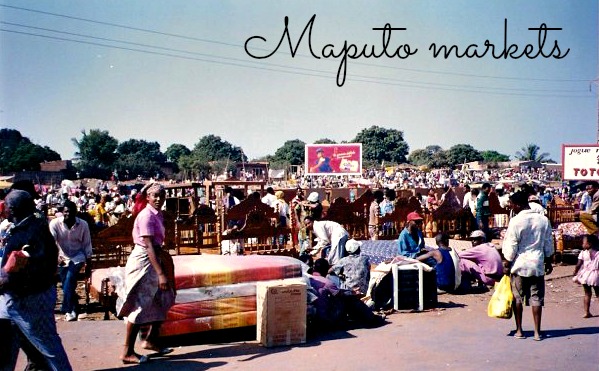 I’d been in Mozambique for a few months when I got word that another two Australian Volunteers were coming to town. As the three other Aussies I’d met were in the country’s north, I was excited to have some not-so-familiar-faces around.

L & M had only been in the country for a day or two when I literally ‘picked them up’ at the supermarket. The Mozambican capital, Maputo, had 2-3 supermarkets favoured by we expats, mostly featuring products from France, Portugal or South Africa. I was checking the exorbitant prices when I overheard two white women talking. Neither L or M had lived in Australia for over five years (and during that time they’d been in the Pacific and Asia working as English language teachers) so their accents were not at all broad, but I knew immediately they weren’t South Africans, Zimbabweans or English. So I pounced.

Introductions completed they invited me over to their temporary accommodation that night to dine with them (and spend the night as travelling about the city at night was quite dangerous). Just before we parted, however, they quite pointedly mentioned the challenges of being a lesbian couple and living in a very catholic country – ie. pretending the second bedroom was being used so the cleaner didn’t blacklist them etc.

Point taken and obviously I had no issue with their sexuality or relationship… however… as it turned out that was the least of my worries.

I arrived for dinner and after several wines we settled down to eat. And that’s when I discovered their dark secret.

I’m the biggest carnivore out and – at that point – really only ate onion, potato and garlic. I was slowly learning to eat tomatoes and capsicum, but that was it.

Out came veges stuffed with other veges; course after course.

I suspect I was sufficiently tipsy to fumble my way through and probably made excuses as to why I wasn’t very hungry.

God… lesbians, schmesbians. What I really had needed to know was that they were vegetarians. Seriously… THAT was the deal breaker!

Time passed and I can’t remember how or when I eventually shared with them my aversion to all-things-healthy, but we settled into an idyllic pattern. They bought a car and each Saturday took me to the booze shop – which doubled as the money changer – and to the supermarket. I (in turn) had them over for roasted potatoes and salsa (more often than not) and videos (having purchased a TV/video player). Indeed, they were like second parents… and the people I talked to almost nightly – during a difficult time in my life.

Almost eighteen months later when I was leaving L & M cooked me a farewell dinner of roast veges (well, potato and onion in my case).

Sadly, though we kept in touch for many years (as they moved from Afghanistan to Pakistan to Liberia) we eventually lost contact. And I can’t help but wonder where they are and what they’re up to.

Has someone ever NOT shared information with you that you would have preferred to know?