Since moving late last year I’ve been attending a local writers’ group meeting. I’m ridiculously nervous about reading my stuff out in meetings and to date, have basically avoided doing so. Sure, I blog and my words drift off into the ether, but writing something which will be read in my presence is just too scary. However.. I felt obliged this week to contribute something to an event held today at a local art gallery. We were given a number of themes and a maximum of 300 words. After procrastinating for days I whipped up something pretty quickly yesterday, focusing on the exhibition’s theme: We are all one under the skin, so here it is:

By the third week I just wanted to return to the place I was calling home. Such as it was. I couldn’t believe I was craving the most basic of amenities offered by my small apartment in the nation’s capital.

Never again, I promised myself, would I complain about the lack of running water and intermittent electricity.

I loved Africa. I loved the place and the people. But… I was used to the nation’s capital. With its irregular water supply and dodgy electricity grid. 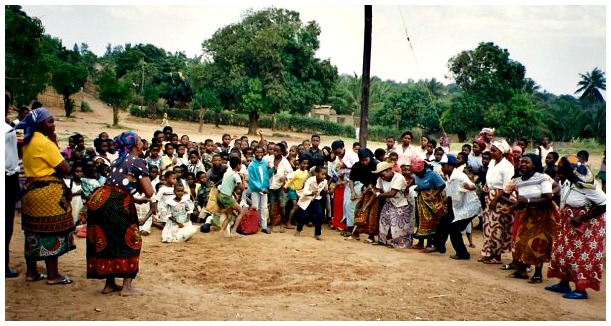 In the three weeks I’d been travelling with my colleague I hadn’t seen another foreigner. I desperately wanted to speak English. My terrible Portuguese was being tested and completely useless in meetings conducted in local languages.

Day after day, we’d travelled about – in buses with goats and chickens – to meet with groups of women. 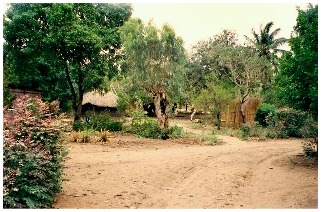 I felt bad I balked at the tubs of murky river water local women fetched for my bath. I felt guilty that I was eating unpalatable scrawny chicken with my rice, undoubtedly depriving a local family of several meals.

In the third and final week I sat in a clay building. Somewhere. I was tired and grumpy. Several hours in I gave up trying to fake comprehension and started writing a letter to my family.

I was complaining. I felt useless, I said. It was such a waste of time, I said.

My rant was interrupted when an old woman came over to me. She turned and spoke to the group before kissing my cheeks (as was the custom) and embracing me.

My colleague translated her words. The old woman had talked of years of civil unrest and the deaths of many of her friends and family. She talked of hunger and sickness. She talked of fear. But, she said, this was changing. The fact that I had travelled halfway around the world to live and work with them, meant that people cared. We are not alone, she said.

That was almost 18 years ago. And something I’ll never forget:

We are all one under the skin.