It’s no secret that I’ve been struggling a bit. A few days ago in my diet blog I wrote about not knowing what I SHOULD be doing or even WANT to be doing; and wondering what it is I want from life. Here I am, I said, in paradise and able to whatever the hell I want… I should be ecstatically happy, I said. And yet…

It’s about two months since I finished work and my plan to take an extended break to pursue my passions, well… has me floundering more than I expected. 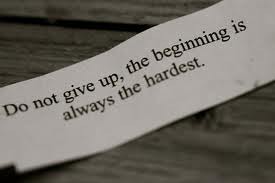 And I kinda do. On one level days are flying past. I am however, I must confess, wallowing a bit and throwing myself down onto my bed like a truculent two-year old several times a day.

As per my plans, I am trying. I’m making an attempt to settle into my new hometown: I’ve started doing Zumba with a bunch of older women and even joined them for post-class coffee on Monday. I’ve joined the library and knocked off nearly nine books in as many days. I’ve contacted a local writers’ group and am going to their next meeting. I’ve caught up with some people I met via Twitter and spent time with family who live in the area.

I’m not loafing about watching daytime television as feared, although part of me feels as if I’m still on holidays. In reality, some people do have two-month long breaks, so I guess I could be just vacationing. Indeed, every so often I find myself thinking, “When I go home….”

I’m creating ‘to-do’ lists so I feel I have some sense of direction and to help make my new apartment feel like ‘home’. I’ve tried to get rid of any unpacked boxes to rid myself of clutter and any feeling of transience and just today I’ve been out to buy another plant for my verandah.

In mulling over this sense of displacement I wondered if I could be concerned about money. Although I’ve worked out I have enough savings to last me a few months (disasters / large expenses aside), it’s the first time in my life I’ve got no money coming in. It’s all just oozing out of my bank account, in fits and starts. Indeed, nervousness about my finances has me pondering on the notion of part-time work earlier than planned and I’ve found myself checking out employment websites for something which would offer me some form of income for a few hours a week – to supplement my savings.

But…. after a mini meltdown yesterday (I was having a REALLY bad day and am COMPLETELY over telecommunication issues!) it occurred to me that what I’m really struggling with is my loss of identity.

I’ve realised, however, that my entire sense of self is / was tied up in my working life. It defined ‘who’ I was. It was my purpose in life: I was a public servant, an international development worker, a Project Manager, an Executive Officer or a diplomat.

Sure I’m a daughter, sister and friend, but mostly I’ve been someone who dutifully goes into the office every day, does their job and goes home.

What I DID was who I WAS.

My plans to just tell people I’m ‘writing’ or ‘blogging’ still feel incredibly self-indulgent. Even I don’t take myself seriously (though I have just completed my first paid blog post!). I’m yet to ‘pitch’ ideas and attempt to ‘tout’ for work; but am not expecting great things.

In my diet blog post I commented on how confronting ‘not-working’ had been. When I first finished work I talked here about that sense of being ‘untethered’, but believed that once this new fabulous life started, all would be well. 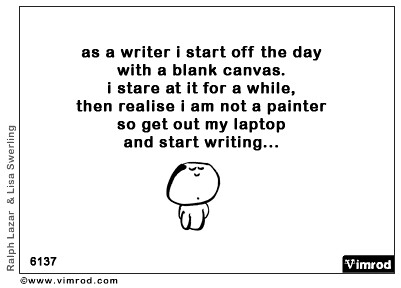 My plan was to make my life about things I enjoy doing.

Of course the cold hard facts are that to support myself in some way I will need to do some form of paid work outside of my writing. But… whether I’m capable of doing some (possibly) mindless part time work which allows me to focus on the things I enjoy is yet to be seen.

I do worry that I’m so scared of failure or rejection (in terms of my writing) that I’m delaying the inevitable and not even trying. In the back of my mind I expect that any day I’ll see some job advertised that I ‘wouldn’t mind too much’ and will again fall into a world where I’m defined by my work.

I suspect many people who ‘stop’ working and don’t immediately move on to something else (motherhood / other careers) understand what I’m saying. Perhaps?