I couldn’t decide what to write about today. A few ideas popped into my head, but none seemed fully formed. Until I realised there was a common thread running through all of them. One of unrequited potential and mediocrity. Well, kinda…

The recurring dream I thought had disappeared

I’ve written before about a few recurring dreams I’ve had. I don’t put a HUGE amount of stock in the dream analysis thing but it seems kinda logical that stuff plaguing us in real life, plays on our minds when we are asleep. And perhaps manifests (#sorrynotsorry for the wanky word) in a more honest and confronting way.

In this dream I’d gone to an old workplace, but in a new job. There – in the dream – were people I knew, but I was almost invisible. Unrecognisable. Unimportant. Insignificant. I’ve mentioned this dream before and it was one I had A LOT before I eventually found a regular part-time gig. I have it irregularly now, but the theme is always similar. I’m arriving at a workplace (new job, new office) and my desk isn’t ready. There’s no work for me. Or I can’t even get in the door.

The most common / easiest analysis of this dream is that it’s about a crisis of confidence or a feeling of not belonging or not measuring up. And – when I first started having it – I could see why. I’d felt valued in my previous working life and in (some) jobs. I’d been respected. It was part of my identity. Which was no longer the case after I left the full-time workforce at a moderately senior level. And although I now have a job, I suspect I worry my role isn’t particularly important or wonder what it is I’m achieving. 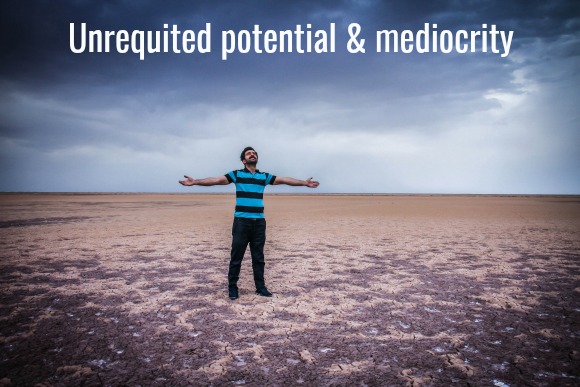 Yesterday marked one year since my weight-loss surgery. The 2-3 days in hospital were probably a few of the worst of my life. I didn’t react well to the surgery and was probably released a little too quickly given I had memory farts and lost my words a little shortly after.

However, the event is also one of those defining moments in my life. I’m still not ready to write about it all in detail but essentially it’s changed my life completely. And that’s not just about the weight I’ve lost. It’s about the way I cope with stuff and how I live (and enjoy) my life. (And #spoileralert: they’re not necessarily positives!)

It’s also about the fact I’m plagued with guilt about how I’m kinda disappointed in myself. Again.

Developing an eating disorder (becoming anorexic, later bulimic and a binge-eater) in the mid 1980s is another defining moment in my life. And not a good one. I can’t identify the moment in time, but suddenly my world became about weight, food, eating, exercise (for a while) and food. Oh, and did I mention food?

There were a lot of negatives – obviously – and the personality changes and then the 100kg (220lbs) I later gained were just a couple of them – but there were also some vague positives. For the first time I was noticed (which is possibly part of the reason I did it in the first place). People thought nice things about me (though were possibly worried at the same time) but it was like I had potential. I was destined for something OTHER THAN mediocrity.

And then… I crashed and burned. Gained weight. Became invisible. Did okay career-wise (kinda – though refer to first point!) but achieved nothing particularly amazing. Despite the potential.

And now… I suspect I’m feeling the same. Not that I thought losing 60kg would bring me fame and fortune. Indeed I don’t want it. Well, fortune would kinda be nice. But, although I’ve lost over 40kg I’m struggling with the guilt it’s not more. That – yet again – I haven’t reached my potential. That I could have done better.

And then on the flipside I can’t help but wish both events; the eating disorder (though it’s not a ‘moment’) and the surgery would bookend that part of my life. 30-35 years, many of which were wasted to obsession, angst and self-hatred. 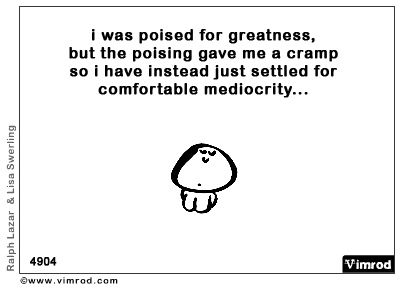 Recently I re-read Mark Manson’s post, In Defense of Being Average and listened to The Let It Be podcast about mediocrity and the fact it’s undervalued. And I think it is – for some. Particularly the perfectionists out there. The type As who conquer one mountain and barely take time to acknowledge the achievement before wondering what’s next.  And I’m kinda like this.

I thought I was destined for more. And I suspect most people are the same. Manson talks about this expectation that we’ll be exceptional in some way. It’s a fairly juvenile fantasy I realise – the fame and fortune thing – but I can’t help but wonder if some of us are hard-wired to think we should be achieving ‘more’… even once we get a glimpse of the realities of life.

I made huge changes almost 5yrs ago. I reassessed my life and realised I wasn’t happy. I was hardly hugely ambitious but I was always looking for the next big thing. So I made my seachange. Deciding I’d live a less-desperate life. And I am – seriously – happier than I ever thought I could or would be.

However… now I’m wondering if my unconscious is trying to tell me something.

Do you have regular dreams you think mean something in particular?
Do you think ALL of us think we’re destined for great things when we’re young?
Any advice in general?

The Lovin’ Life Team includes:
50 Shades of Age | Seize the Day Project | And Anyways | Write of the Middle | Deep Fried Fruit. And me.
An InLinkz Linkup