Yesterday the Australian Government announced that my hometown (and surrounds) was one of 18 locations in which a revitalised ‘Work for the Dole’ scheme would be rolled out for those aged 18 to 30.

They selected areas where unemployment is higher than the national average of 5.8%. Here on the Fraser Coast it is 9.2%.

I know there has been some ‘work for the dole’ scheme already in place as my mum – who does a lot of volunteer work – talks about the usefulness of those helping out at various locations to meet the government’s requirements.

In reality, I actually don’t have strong thoughts either way about the policy (though I’m not even going to touch the Government’s proposal of making those under 30 wait six months before being able to receive support!).

However, I cannot help but wonder how on earth this is supposed to help people get a job?! I know the cynics will say that many young people out there need to be forced into doing something… but if there are no bloody jobs being created then I don’t understand how it will assist the unemployment situation. Surely it will simply raise expectations?! 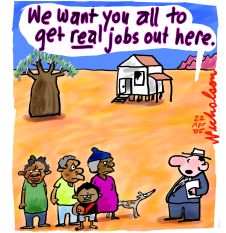 As someone who’s spent a LOT of time trawling job websites I can attest to opportunities on the Fraser Coast being few and far between!

Although I talk about all sorts of personal crap here I rarely talk about my previous jobs. When I worked in government I was always pretty careful about what I said and did. Many of my jobs involved a lot of liaison with senior bureaucrats and elected officials so I’ve always played it safe in that respect. Even now, only one of my Twitter accounts is particularly outspoken on political matters.

However, I’m reminded of my time in East Timor where the international community tried (at least) to take a coordinated approach to the support we provided.

As a result, we looked at entire sectors (health, education etc) as a whole. And – ideally – donor countries and multilaterals (UN agencies, World Bank etc) worked with the East Timorese Government (as a coordinated group) to identify priorities, support or solutions – and who may be best placed to assist.

The most challenging sector of the community in the early days of UN involvement were ‘young people’. These same (bright and articulate) young people had railed long and hard against the former Indonesian Government. And almost all were University students.

In the violence which took place after the Popular Consultation (vote for independence) ‘most’ buildings in the capital city were destroyed. Including the University. And in the early days – while getting kids back into schools was a priority – getting University classes restarted… wasn’t.

In response to requests, we and a few other countries found short-term opportunities for university students – English courses, computer training and so forth, but there was a lot of pressure to quickly re-establish a University and get young people off the streets and occupied. 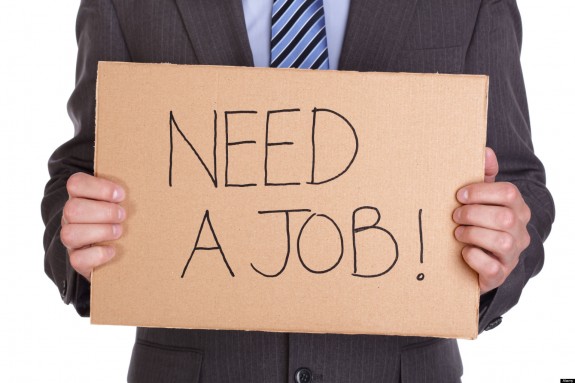 The logic in doing this was obvious and everyone understood however… I still recall some experts in the area (such as some Labour Market and Education experts assisting us – the Oz Government – in the development of our program) suggesting that by creating a myriad of ‘quick fix’ University courses and classes, all we were doing was delaying the inevitable.

We were pushing more and more people into University and into a system that would really only lead to a larger proportion of the population with qualifications and no employment opportuntiies. That would be worse they said – a generation of overqualified and unemployed…  a disenfranchised group rife with discontentment.

This isn’t to say we didn’t see the need to get the University up and running as soon as possible. Rather, the concern was about creating something that wasn’t sustainable. Some short term recommendations involved things like financial management and small business courses given the high level of subsistence farmers (and large numbers of students who’d previously attended Agricultural college etc).

So… all of this has been on my mind of late. My own experience – having taken a redundancy and moved to a more affordable location – will only be repeated with more and more government and private sector redundancies. (But that’s another story / post.)

There’s nothing worse than heightened expectations and getting people’s hopes up only to be thwarted at the first turn. It’s cruel and disempowering. So, while I’m very #meh about the whole ‘work for the dole’ option, I just hope the government has some viable plans for creating employment opportunities.

Are you a ‘Work for the Dole’ fan?
Do you live in a high unemployment area or struggled to find work?