Usually when I take to the interwebz to vent it’s about ants or people who dawdle in checkout queues and the like. It’s rarely about a social issue.

I’m a people-pleaser. I’ve spent my life as a public servant – NOT sharing my own opinions and judgement… cos that’s not what a good public servant does.

So today I apologise in advance for offending people and to those who disagree with my words.

Last week Adam Scott, an Aussie, won the US Masters Golf Tournament in well… somewhere in the USA.

Yay, great… it’s a wonderful achievement and we’re all happy for him (and no, I’m not being sarcastic Sheldon! I am truly happy for him.).

However, on the night of his win, as I attempted sleep I came across a myriad of tweets about Scott’s feat.

Firstly there was one saying that his win was the equivalent to Australia’s America’s Cup win – for this generation. (For my overseas readers: We won the yacht race, The America’s Cup, sometime in the mid 1980s!)

Then there was another, asking if Scott’s win or Cadel Evans (Tour de France cyclist) was the most memorable Aussie sporting achievement. Ever.

We do it all of the time. I don’t know if it’s an Aussie thing, but it’s like a reverse Tall Poppy Syndrome (TPS), where one-of-ours achieves one little thing and suddenly we’re worshipping at their altar.  (Pat Rafter and Lleyton Hewitt’s rare Grand Slam tennis wins come to mind!)

I wondered if was a sexist thing. Aussie female golfer, Karie Webb has won all sorts of stuff and I didn’t see anyone suggesting she deserved a knighthood?! 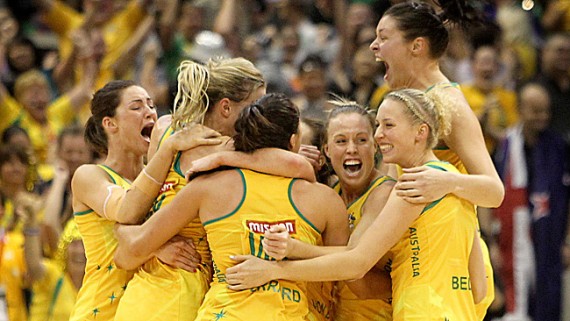 I raised this issue with dinner companions and grumbled about the fact that people were catapulting Scott into hero-worship heaven. They explained that the adulation is well-deserved because an Aussie has NEVER won the US Masters before. Many have tried and come close apparently (Greg Norman, I’m told) but Scott is the first winner. Same with our America’s Cup win in the 1980s. Apparently… our one and only victory!

I was reminded of a conversation I had with my mother about the sad events at the Boston marathon just a day or so before. I follow A LOT of diet/wellness/fitness freaks via their blogs and via Twitter. I’d read tweets by people competing. It made the tragedy feel VERY real.

But, my Facebook and Twitter feed was also filled with reminders that more people also died in bomb blasts in Iraq, Afghanistan and Syria (etc) on the same day; which I mentioned to my mother.

“It’s because it never happens here or in America,” she said. “It’s always happening in those other countries.”

Which is sadly true. But does rarity that make it any worse, I wonder?

Do people who see violence every day become desensitised?
Do athletes (and their birth countries) who constantly ‘win’ become blasé about their success?

I’m also reminded of a conversation I had once after I came back from living in Africa. I was talking to a random stranger about events taking place in the Horn of Africa: starving children and the like and about mothers losing their children. “But they’re used to it,” he said. “It’s not like it is here. They expect it there so it’s not as bad.”

Because I’m loath to argue bitterly with complete strangers I let this one go. I’ve seen the footage of devastated mothers and their dying children. Although I lived in a country less impacted by drought and disease, the people I lived and worked with had lived through civil wars and violence. And… their children and families meant as much to them as those I know here in Australia. 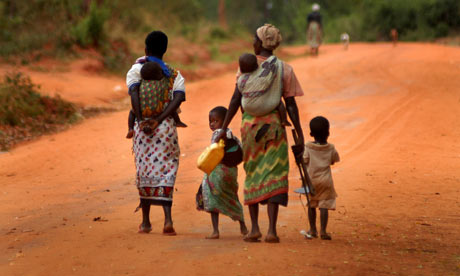 So, my initial post about worshiping false idols has morphed into something else. I don’t quite know what, but can’t help but think that just because an occurrence is uncommon doesn’t necessarily make it better or worse!

I’m desperately sad for the people of Boston and the US impacted by the bombings. I’m happy for Adam Scott and congratulate him on his US Masters win… but at the same time I hate that there seems to be a tendency to downplay or diminish events or achievements which are less surprising or more expected.

Do people killed in Iraq or Syria or China not deserve to receive the same level of attention as those killed in the UK, or Australia or the US? Similarly, if Tiger Woods had won the US Masters, should he have NOT celebrated his win cos, well… meh…. same old, same old!