Not long before I finished work (taking a redundancy and making my sea change) I was privy to a conversation about football. I can’t now remember the details. It might have been Aussie Rules, or Ruby Union, or Rugby League. Or perhaps even Soccer or Gridiron.

Anyway, someone asked me if I’d be watching the [insert relevant sport] game that weekend.

Before I could tell them I’d rather gnaw off my own arm, a work colleague responded for me. “Oh Deb’s not into sport,” she said. 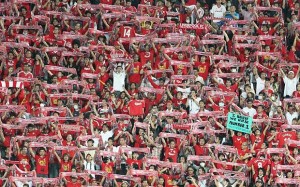 And I have to admit I was temporarily gobsmacked cos… it was indeed true. At the time. But hearing someone else say it was a tad confronting.

You see I hadn’t always been incredibly #meh when it came to tennis, cricket, football and the like. In fact… people who know me from the first half of my life would tell you I was the complete opposite.

My childhood was spent traipsing about after my brother to various sports, or to football with my father. Even I spent hours and hours and hours each week training and playing basketball.

At university I was really only interested in athletes. It wasn’t that I was that groupie-like; rather I’d been surrounded by a family of athletic males who excelled at sport and I took it for granted that representing the State or similar wasn’t that big of a deal.

I’d grown up being woken to watch Wimbledon in the wee hours, spent many-a-weekend and summer with cricket on the TV and listened to my father (over)analyse every single game of Rugby League he watched. 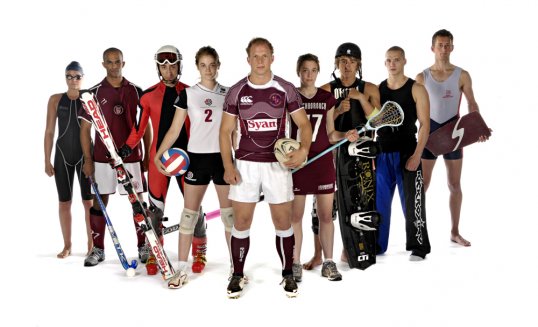 My first flatmate and I used to wander all about Brisbane to watch anything and everything: basketball, baseball, gridiron and rugby league. Indeed, I eventually worked at a national Aussie Rules club for a while and had to quickly learn as much as possible about a sport once only tolerated by Victorians.

Things changed when I went overseas. It was the early-mid 1990s and the internet wasn’t yet on our radar. My parents bought a fax machine and each Monday would fax me two pages: one a typed letter; and the other a photocopied page of ALL possible national sporting results from the previous weekend. Initially I read through the fine print eager to know how certain rugby league or union teams were progressing, or the latest cricket results… but slowly and surely I stopped caring.*

I realised that I actually would much prefer TWO pages of news from my family, rather than sporting results. My father’s letters often just informed me he’d cooked the veges for that night’s dinner or mowed the lawn…. and yet that was the information I was yearning for. News of my loved ones. 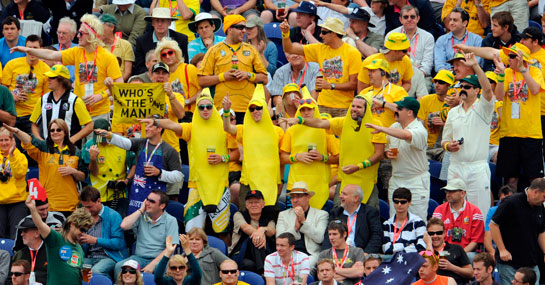 When I eventually returned to Australia I was a changed woman. I’d like to say I was a better person, but I’m not so sure about that. I was however completely uninterested in sport. Like… UTTERLY.

My father found this confusing and would still want to talk sport when he called. “Did you see the game last night?” he’d ask.

I remember taking my niece to a national basketball game when she was very young. It was the early 2000s and just 10 years earlier I went and saw EVERY game I could possibly see. This time it was different. My niece was only used to the ballet and was surprised people were so noisy. I, on the other hand, was surprised people were so bloody passionate.

“How much are they paying you ref?” called people in the crowd, and I was stunned that people were that angry and rude. And then I remembered… I was once the same. I once cared that much about the sport. Most sports. Any sport.

I had a conversation with some friends about tennis the other night and it was strange, remembering back to those times. It’s funny to have a history of something about which those who’ve known me for the last 15 or so years know nothing. I know it’s hardly like I was a rocket scientist in a past life or anything, but still…

* Around the time I went to live in Africa I was madly (I mean MADLY) in love/lust with South African cricketer Hansie Cronje… so while I lost interest in other sports, my love of cricket remained. At least until I discovered he was married.

Today I’m (belatedly) linking up with Jess and her IBOT team.

Are you a sports fan?