A Finnish reader, who’s also a blogger and all-around lovely person, Satu, has asked me to do a guest post. Naturally I was honoured to be asked, said yes and then went to bed last night pondering on what I might write.

Because I’m well… me, the blog post in my head got as off-track as my on-screen blog posts are wont to do. So, as I don’t want to send her some War and Peace-like tome, I thought I’d share one of my thought-tangents here.

In line with my recent posts about happiness and trying and being your best (as opposed to perfectionism) I’m writing for Satu about the latter: perfectionism.

Thinking through practical examples I got stuck on an episode from my past that is somewhat embarrassing but now that it’s trapped in my head I’m hoping that writing about it will rid me of it – for the time being, anyway.

I was 15 years old (almost 16) in late 1983 and finishing up my second last year of high school. I was also on a ‘diet’. In my case, the diet to end all diets. Or rather (and sadly) a diet that led to the person I’ve been ever since.

Although I’d been a regular in representative teams, I’d finally gotten serious about basketball and increased my training and fitness work quite significantly. But for reasons that escape me now (possibly just for the additional exercise) I started to play tennis.

My father (the original perfectionist) and I used to head to the local courts most days after school (and work) to have a hit. (On top of my basketball training and games several days a week.)

Within a couple of months I was under 50kg (110lb) and then closer to 45kg. Definitely too thin for my 178cm (5ft10). Basketball and tennis were becoming less about the sports themselves and more about the calories burned during the hours I trained each day.

In my final year of high school I signed up to play tennis fixtures in the local competition – having practised all summer. And it was one of the biggest mistakes of my life.

I used to work on a Saturday morning and even now I can remember spending the entire time praying for rain or some other natural disaster which would prevent that afternoon’s matches.

I was petrified of losing you see. Beyond petrified, in fact.

As it happens I didn’t lose a match over the few months I played. But then I quit. Before I could lose.

Before then I’d only played team sports: basketball, netball and during my primary school years, jazz ballet.

As I think back about it now I realise that – because I was (am?) such a perfectionist I’m really not cut out for individual sports. Even in team sports I apologise if I do something wrong or something which gives the other team an advantage. But when I only had myself to blame… it wasn’t pretty.

My legs were constantly bruised as I would hit myself (subtly, I hoped) with the racquet if I stuffed up a point or did something stupid. Or, in all honesty, sometimes I did it less-subtly. “Stupid, stupid girl,” I would say, whacking myself in the shin or calf with the racquet. (Well, actually I probably said, “You stupid fucking bitch,” but I’m trying to swear less!)

I saw a therapist about my eating disorders when at University. Of all things to discuss, we talked about tennis. I explained that I was often invited to play with friends at my residential college, but I’d always say no (particularly to the girls). My fear of losing remained with me. (I’d play with my brother or father though – as per this pic from around 1987!) 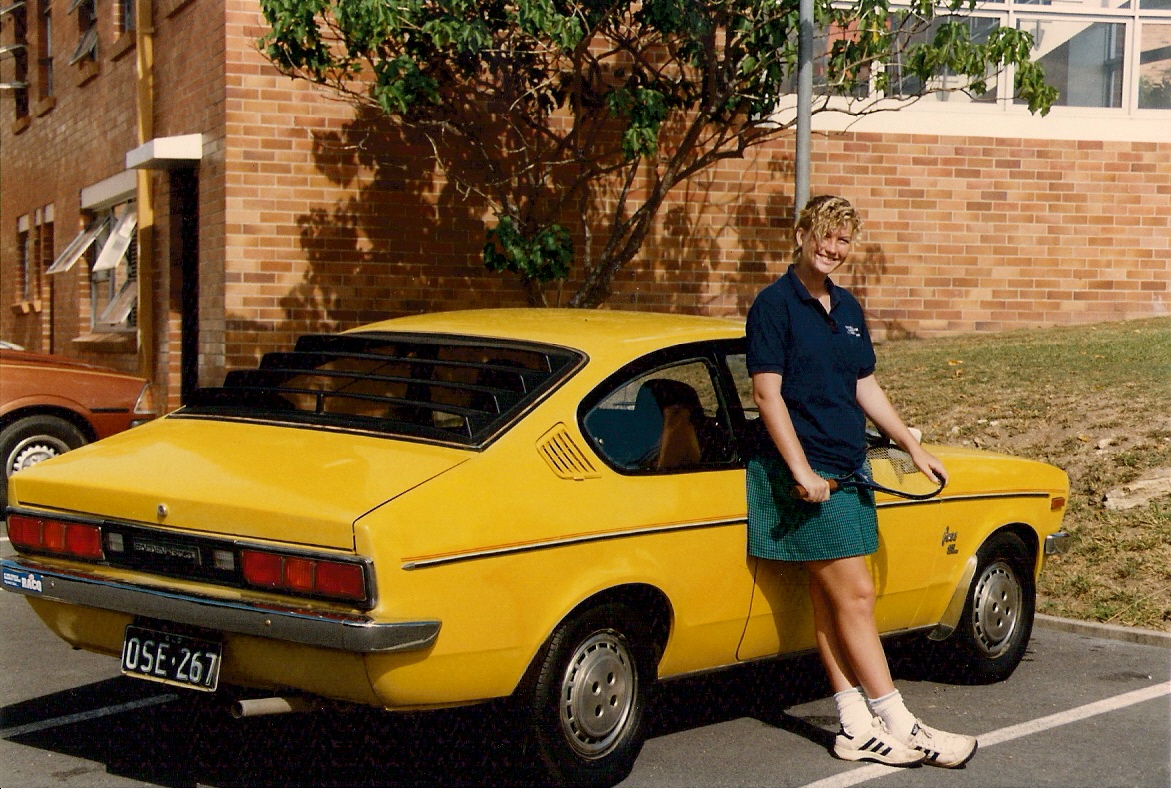 “Losing would be more than I could bear,” I told him.

Bizarrely, despite being such a crap therapist (he was Freudian and a psychotherapist so we never moved past my childhood!) he said something quite insightful.

He suggested that I could either: a) have years of therapy, get to the source of my problem and no longer have a pathological fear of ‘losing’ or failing; or b) I could play a match with someone, lose and then deal with the fallout.

I’m sure you can imagine which I chose?

Well, neither actually. Yes, c). He pissed me off so much that I eventually stopped seeing him and… well, let’s just say the racquet from my teenage years remains unused many MANY years later.

Did you play sport as a youngster? Or perhaps you still play something?
Do you prefer team sports or individual sports?