I sometimes struggle with the notion of compromise. Now I know that’s not unusual… but the ‘wants vs needs’ thing has been playing on my mind of late and is particularly annoying because I thought I’d evolved more than that!

I left my old life because – although I wasn’t horribly depressed – I was far from happy. I spent my days and nights dreaming of something ‘more’ (or ‘else’) while waiting for life to start. 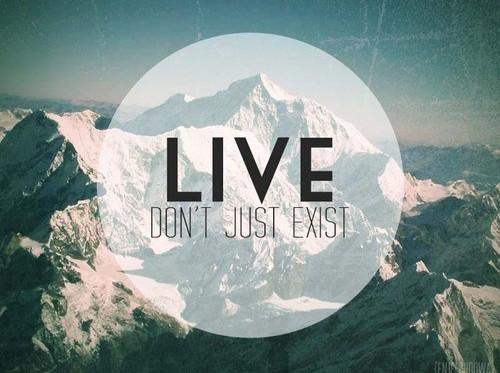 I’d put happiness and fulfillment ahead of ambition and financial security in my late 20s… spending about 3yrs out of the workforce and on a volunteer abroad program. I’d cashed in my superannuation and sold a car to help finance my quest for some ‘meaning’ to my existence. And while I have no regrets on that front, it essentially meant I returned to Australia (more enlightened. Or not!?!) and started afresh at 30.

I eventually recovered from my non-materialistic ways and bought my own apartment, then a better one and so forth. Of course I still assumed I’d meet the man of my dreams, imagining we’d move into something bigger and better to house our family and live a comfortable, financially secure and happy life.

When I realised that wasn’t an option I found myself a bit directionless. Suddenly I realised that the life I was living, was (in fact) going to be ‘it’. I was in my early 40s and I tried to imagine another 20yrs of ‘the same’. And couldn’t.

Like I said, I wasn’t desperately unhappy, but I’d had enough. Other than the three years of volunteer placements I’d been working since I finished Uni. More recently I’d worked in a heap of different jobs across government departments. Sometimes I enjoyed them and loved my colleagues; other times the stress gnawed away at me and I hated workmates sufficiently to pray they’d get hit by a bus.

In the end, leaving was a no-brainer.

Sums done, I sold up, downsized and moved to a seaside apartment near my original hometown. My plans were a bit vague. I had dreams of earning money from my writing, but told myself I’d be happy in some mindless part-time job which gave me enough money to pay the bills and live a leisurely but more authentic and fulfilling life. 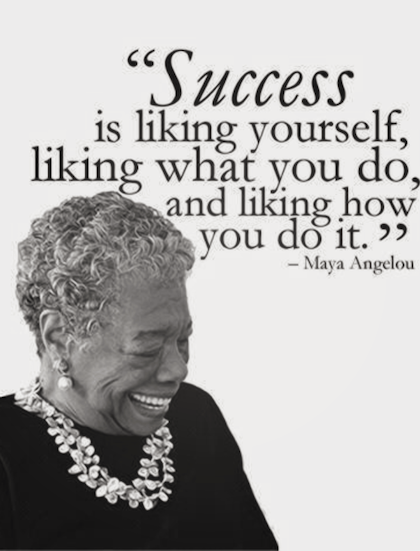 Over the past year I’ve earned some money from my writing, but am a bit disappointed in my lack of confidence / motivation when it comes to pitching for work / selling myself. I see local opportunities but struggle to pursue them.

So, while I’m (kinda) earning enough to pay my bills, I have to be cognisant of my spending. It’s something I’ve had to do when budgeting in the past, but what occurs to me now is that… (unless I return to ‘real’ work or seriously pursue business) IT WILL NEVER CHANGE. Although I’m okay with the notion of ‘making do’, the idea of struggling with big expenses or never be able to afford a big holiday or another car (eventually) is scarier than I imagined.

Of course now I can’t rid myself of those thoughts and I’ve found myself becoming increasingly frustrated about my situation. There’s a whiney voice in my head reminding me I once earned a good salary. I had the money to do stuff I wanted. I could eat out whenever; buy stuff for my place; have holidays and now that’s not the case.

However… WITHOUT A DOUBT, this past year has been the best of my life. NOT really working, having time for me, living on the beach, spending time with family and friends and writing when I want: it’s all made me surprisingly contented. The notion of full time work (even here without the commute to deal with) still makes me feel physically ill.

I know there are gazillions of people out there who go to work day after day to jobs they hate. “No one likes their job,” my dad used to tell me. For most, a job is just a necessary evil. A grown-up thing everyone has to do to pay bills to live the life they desire for themselves and their families. 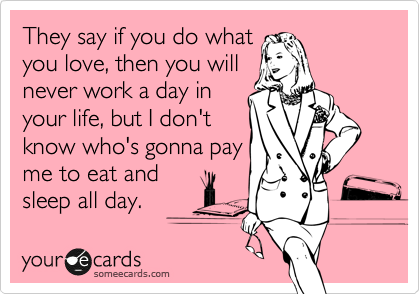 So, I realise… THAT is what I need to decide. It’s not really about work/life balance. It’s not even about the more esoteric ambition vs contentment. It’s about me deciding what I need (or want) to live with and what I’m prepared to compromise on.

It feels like I’m (again) at some existential crossroads… I’m just trying to work out what’s written on the signposts!

Have you made life changes that require a lot of compromise?
Where do you sit on the wants vs needs scale?

I’m linking up with Essentially Jess and the IBOTers today.